François Legault's party is still leading in Quebec polls, although not by much 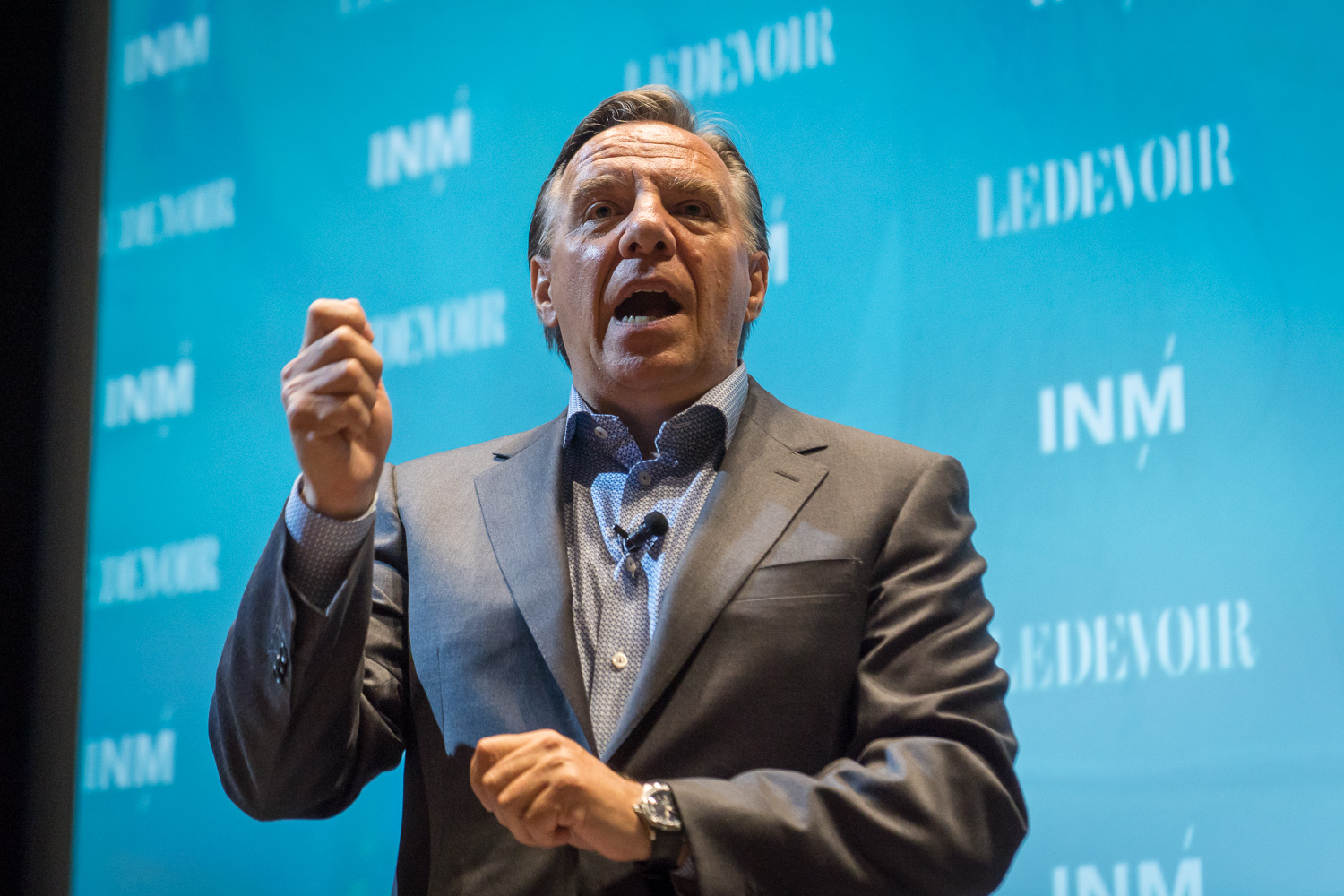 François Legault, CAQ leader, at an event in Montreal on August 17, 2018. Photo by Josie Desmarais
Previous story
Next story

Since November 2017, the polls in Quebec show that the centre-right Coalition Avenir Québec party remain in the driver's seat in the provincial election campaign that ends with a vote on Oct. 1.

However, in an interview with National Observer on the campus of McGilll University in downtown Montreal, Quebec polling analyst Philippe J. Fournier said that François Legault’s party should not rest on their laurels yet.

Fournier’s blog qc125.com combines the results of all published polls into a single projected model. His most recent report, unveiled Monday, found that, on average, 35.2 per cent of Quebecers have said they would vote for the CAQ, giving the party a five-point lead on the incumbent Quebec Liberals, led by Premier Philippe Couillard.

While no party in the province has won a majority with such a low percentage of the popular vote since the 1930s, Fournier said that the CAQ’s popularity among Francophone voters across the province gives them a geographical edge over their rivals.

However, if the party stumbles over the 34 days that remain of the election campaign and loses points to the sovereigntist Parti Québécois, it could pave the way to a Liberal minority, Fournier said.

The PQ is currently official Opposition party in Quebec’s National Assembly, but risks losing official party status for the first time in 40 years. Fournier’s projections demonstrate that they will win nine seats, short of the twelve required to get that status, which allows for greater budgets and resources covered by taxpayers.

Péquiste leader Jean-François Lisée — who is facing tough competition from the left-leaning Québec solidaire party for his seat in the inner-city Montreal riding of Rosemont — has already ruled out a coalition government with the CAQ, saying that the two parties disagree on too many issues.

However, Fournier noted, the PQ still has the most members of any party in Quebec: “I wouldn’t count them out just yet."