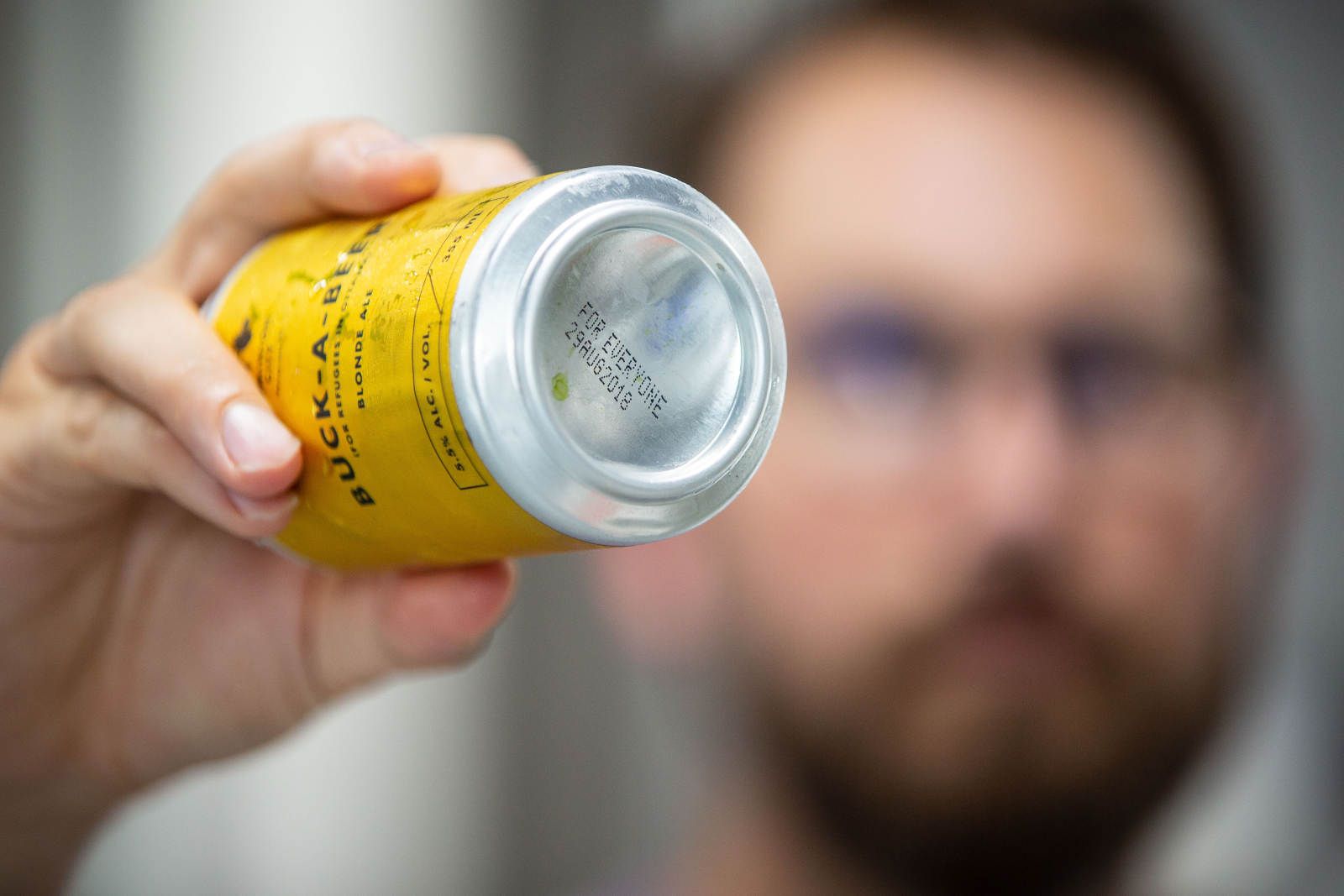 An Ontario brewery launched a "Buck-a-Beer" brand Wednesday, but it's not what Ontario Premier Doug Ford had in mind.

Ontario's minimum price for beer was officially reduced this week from $1.25 to $1, fulfilling a Ford election promise to once again provide a "buck-a-beer."

Some Ontario brewers have signaled they will not lower prices and compromise on quality, despite such Conservative government incentives as promoting buck-a-beer labels in Liquor Control Board of Ontario stores.

A saucy Ottawa craft brewery, Dominion City Brewing Co., started canning and packaging "Buck-a-Beer Blonde Ale" Wednesday, but it costs $3.55. A dollar from each can sold will go to refugee support services.

"Our response was a little tongue-in-cheek maybe, but it felt like a very natural opportunity to open that conversation and also to nod in the direction of a cause we care about, and that's that cold beer and a warm welcome belong together, so this is our way of trying to do something positive," said Josh McJannett, co-founder of Dominion City Brewing Co.

Since coming to office in June, Ford's government has been criticized for its approach to asylum seekers and refugees in Ontario. After a July meeting, Prime Minister Justin Trudeau said he explained Canada's international duties to the new premier, while the federal immigration minister accused the Ford government of fear-mongering on the refugee issue. Ontario has demanded the federal government provide millions of dollars more to help cover costs associated with asylum seekers crossing the U.S. border into Ontario.

Wild applause to Dominion City Brewing Co., for its principles. Also for the stellar creativity of its’ response to the Ford givernment’s patronizing (of its constituents’ intelligence) and meanness ( towards those who - as refugees - have every right to seek sanctuary in Canada.)

Only two of 300 breweries are

Only two of 300 breweries are participating in buck-a-beer. Maybe the worst Ontario conservatives deserve buck-a-beer Ford for a leader, but the rest of us don't

I have tried since first

I have tried since first hearing of Mr. Ford's "buck a beer" election promise to understand the economic rationale for such a statement. Where is the outcry, the petitions, the demonstrations that drove this issue to the top? I have yet to discover an argument describing the benefits and still loath the trashy label. What next "free erasers" for all students as a way to address our education isssues??
I find it embarrassing that with the many serious issues in Ontario, (schools, hospitals, housing costs, the under employment of our educated young adults, Hydro One, climate....) that somehow the "buck a beer" resonated with some of the electorate. If only a few breweries fall in line, then it will be held up as a success and may be the one election promise that is kept. How did this become a priority to the people of Ontario?

I applaud Dominion Breweries' stand and their innovative plan for the "buck a beer" proceeds. Although humorous, they are putting themselves out there for support or for criticism; that takes courage and shows their integrity. I am not a beer drinker but I plan to purchase some of their beer this weekend; it will make a great conversation boost when offered at the next backyard BBQ!

Strange times! Thank you National Observer for this report and for all that you do!