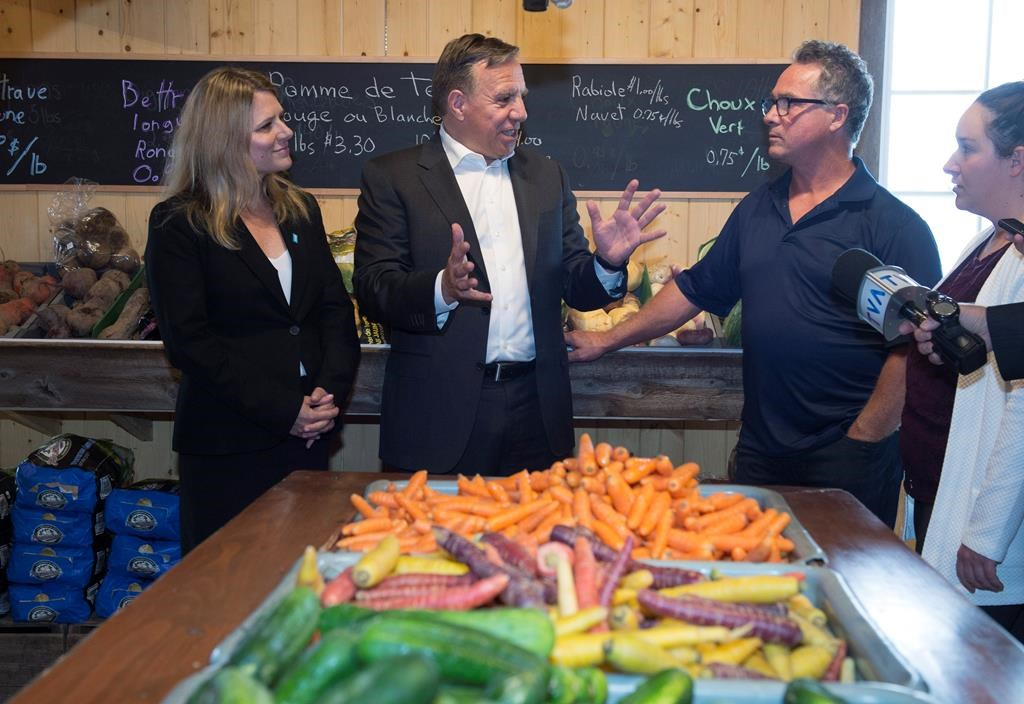 The hot-button issue of health care burst into the spotlight in Quebec's election campaign Thursday in the form of promises for more family doctors as well as subsidized eyewear for youngsters.

Liberal Leader Philippe Couillard pledged to increase the number of family doctors available to Quebecers — a contentious issue that dogged his government during its first mandate.

The Liberals want an additional 900,000 Quebecers to have a family doctor by the end of their second mandate in 2022.

But it was family doctors that dominated the health announcement, with the Liberals saying they will impose financial sanctions against doctors if the portion of Quebecers with a family doctor doesn't climb to 85 per cent from 80 per cent by the end of this year.

The 85 per cent target has been put off twice since last year.

"We can't keep shovelling this into the future, year after year," Couillard said on Day 8 of the 39-day campaign.

"And I think we can go even further by the end of the term. I think it's realistic to think we can be close to 90 per cent."

Couillard insisted there are enough doctors in the province and money in the network for the targets to be reached.

The Coalition Avenir Quebec, meanwhile, said it will reimburse up to $250 every two years for anyone 17 or under who needs glasses or contact lenses.

Currently, Quebec's health insurance board covers the cost of an eye exam for youngsters but not the purchase of eyewear.

Elsewhere on the campaign trail, Parti Quebecois Leader Jean-Francois Lisee said he wants an additional 200,000 Quebecers to be working from home by 2025, which the party estimates would bring the number to 900,000.

The PQ would offer tax credits to private companies that allow employees stay at home to work.

Lisee believes having people work from home improves quality of life and also cuts down on traffic congestion.