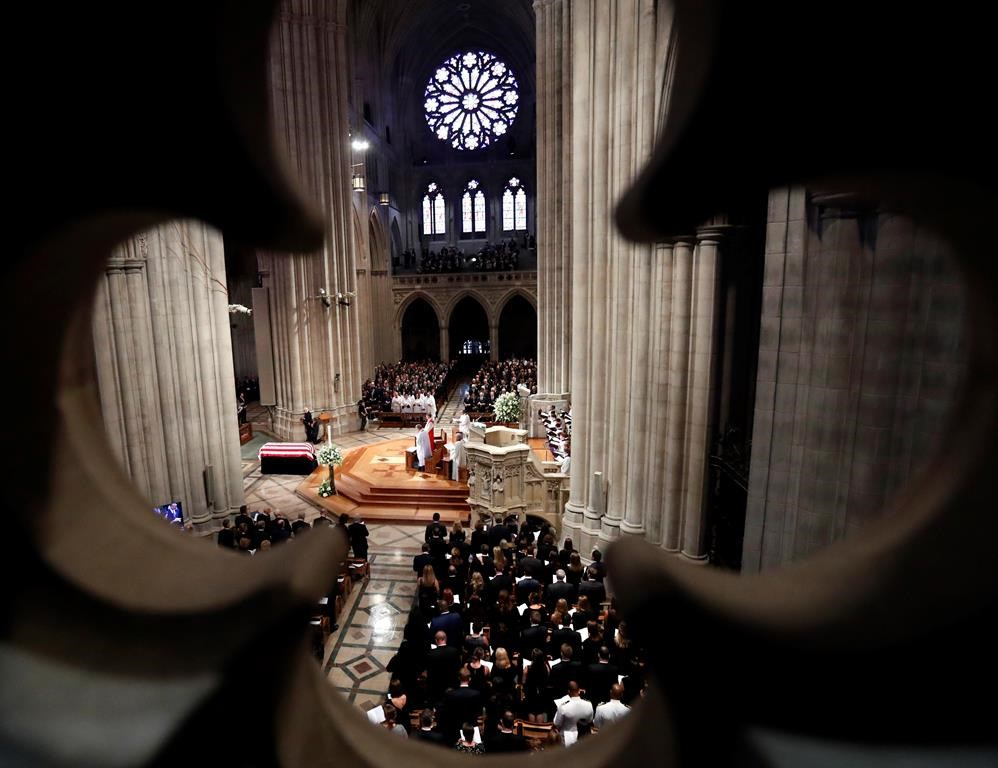 National Defence Minister Harjit Sajjan was among Canadian officials who attended John McCain's funeral in Washington, D.C., on Saturday, and he called the senator a "friend to Canada."

Sajjan said McCain always made time to speak to him and other Canadian officials at security conferences around the world and that McCain had built a "great relationship with Canada."

"He was a friend to Canada," said Sajjan. "He understood the importance of Canada-U.S. relations."

"It was a true honour to lead the Canadian delegation with Andrew Leslie to pay tribute to a great American and a true friend to Canada for his service," said Sajjan, adding that former cabinet minister Peter MacKay was also at the funeral.

McCain, who died on Aug. 25 at age 81, was a decorated veteran who was held for more than five years as a prisoner of war in Vietnam.

"He was just a tremendous man with a great heart and the (funeral) service was very fitting for the service that he provided for his nation," said Sajjan.

"We gather here to mourn the passing of American greatness — the real thing, not cheap rhetoric from men who will never come near the sacrifice he gave so willingly, nor the opportunistic appropriation of those who lived lives of comfort and privilege while he suffered and served," said Meghan McCain in the cathedral packed with family, friends, former presidents, members of Congress, and current and former world leaders.

Former presidents Barack Obama and George W. Bush also spoke about the senator at the service.

President Donald Trump was not invited to the funeral. Two of his top aides along with his daughter Ivanka Trump and son-in-law Jared Kushner attended the service.

Following McCain's death, Sajjan tweeted that he considered the senator to be a hero who served his country with dignity and honour.

"I think anyone that has served knows senator McCain's service and what he went through and his life of service. And even afterwards he served in office. He always had the opportunity everywhere he travelled to stay true to his values and that service needs to be recognized, because he was a hero to many, not just to the U.S. but around the world," said Sajjan.

McCain is to be buried on Sunday at his alma mater, the U.S. Naval Academy.

John McCain was an American climate hero, too