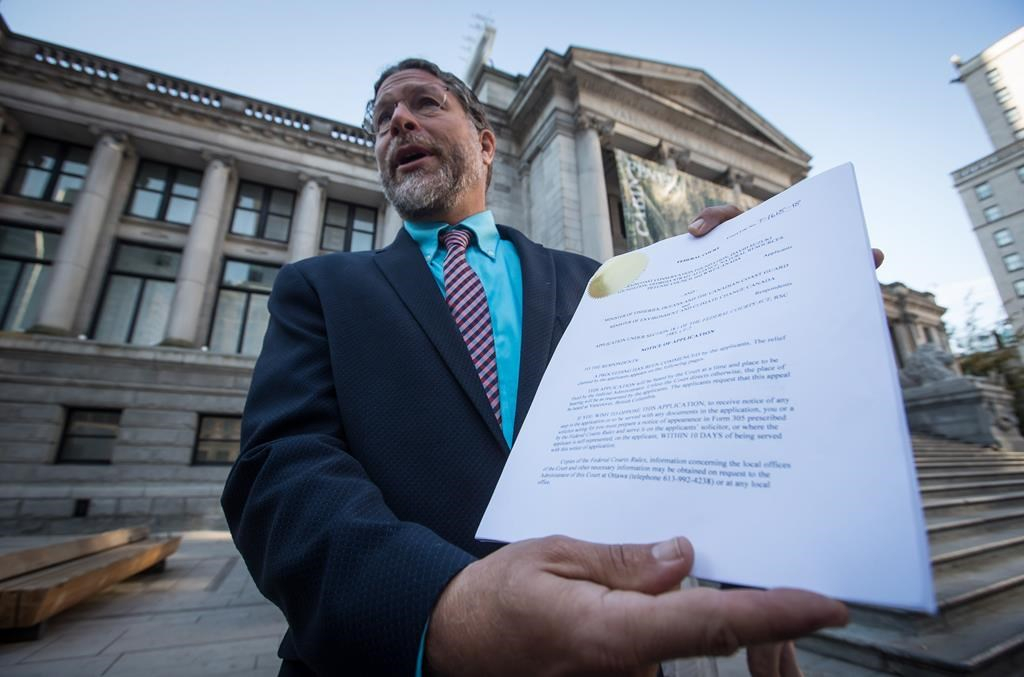 Jay Ritchlin holds a copy of a lawsuit conservation groups filed in federal court against Fisheries and Oceans Canada regarding the protection of southern resident killer whales on Sept. 5, 2018. Photo by The Canadian Press/Darryl Dyck
Previous story