'It's disheartening:' Teepees start to come down at Saskatchewan legislature 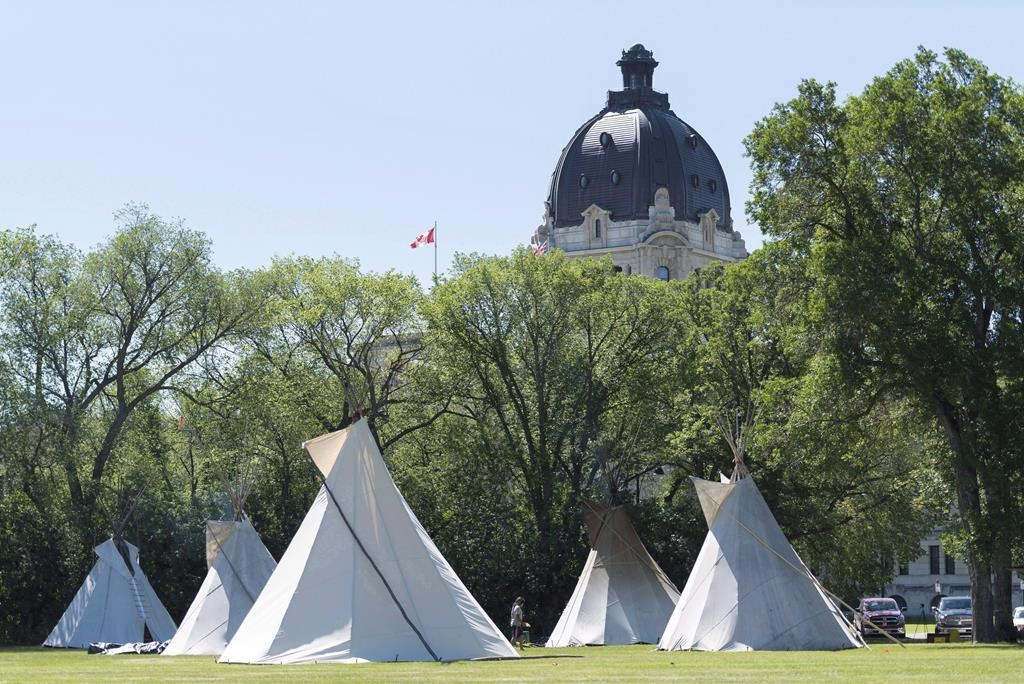 Teepees are seen at the Justice for Our Stolen Children camp near the Saskatchewan Legislative Building in Regina on Wednesday, June 27, 2018. File photo by The Canadian Press/Michael Bell
Previous story

Teepees are coming down at an Indigenous protest camp on the grounds of the Saskatchewan legislature.

On Friday, a judge ordered that the Justice For Our Stolen Children Camp be dismantled after the government applied for an eviction order.

Regina police say they are now in talks with the government and protesters.

There had been 15 teepees in the camp at one point, but that number is now down to 10.

Protester Richelle Dubois says it's disheartening to see the number of teepees shrink.

The campers have been protesting racial injustice and the disproportionate number of Indigenous children in care.