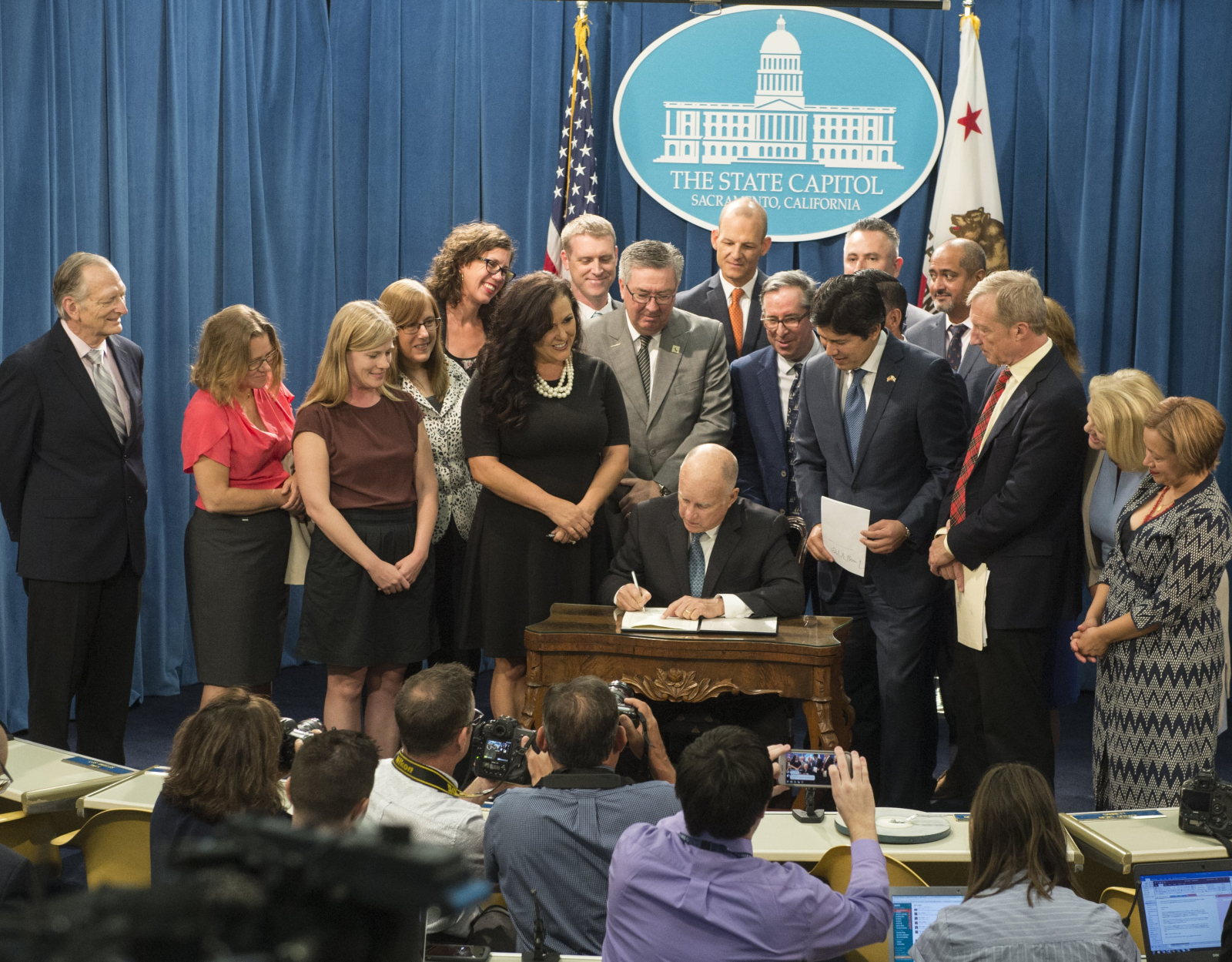 In a move bucking the Trump administration’s push to revive the coal industry, California Gov. Jerry Brown signed a bill Monday that drastically ups the state’s clean energy goals and commits to 100 per cent zero-carbon emissions in just a few decades.

The crux of Senate Bill 100, authored by state Senate President pro Tempore Kevin de León (D) pledges that California will obtain 100 per cent of its power from clean sources by 2045.

In addition to that target, the legislation establishes benchmarks, requiring energy service providers to generate 50 per cent of power from renewable resources by 2026 and 60 per cent by 2030.

“There’s no understating the importance of this measure,” Brown said moments before signing the bill. “SB 100 is sending a message to California and the world that we’re going to meet the Paris Agreement and we’re going to continue down that path to transition our economy to zero carbon emission and to have the resiliency and sustainability that science tells us we must achieve.”

After President Donald Trump made his intentions to support the oil and gas industries clear and pulled out of the Paris Agreement on climate change in June 2017, Brown volunteered as an unofficial ambassador abroad on climate change issues. He was one of the first three governors to join the U.S. Climate Alliance, a coalition committed to the goals laid out in Paris that has since grown to include 16 states.

SB 100 has been a two-year project by de León, who will face off against sitting U.S. Sen. Dianne Feinstein (D) in November.

“Climate change is real, it’s here, it’s deadly, and it’s extraordinarily expensive,” he said Monday before the signing, extolling the new target’s promise of creating tens of thousands of jobs.

California follows the example set by Hawaii, which set the same 2045 goal in 2015.

Meanwhile, in the colony,

Meanwhile, in the colony, Prome Minister Trudeau acts as though he’s never seen the sun, wind or tides.