This storm warning was meant to help North Carolina prepare 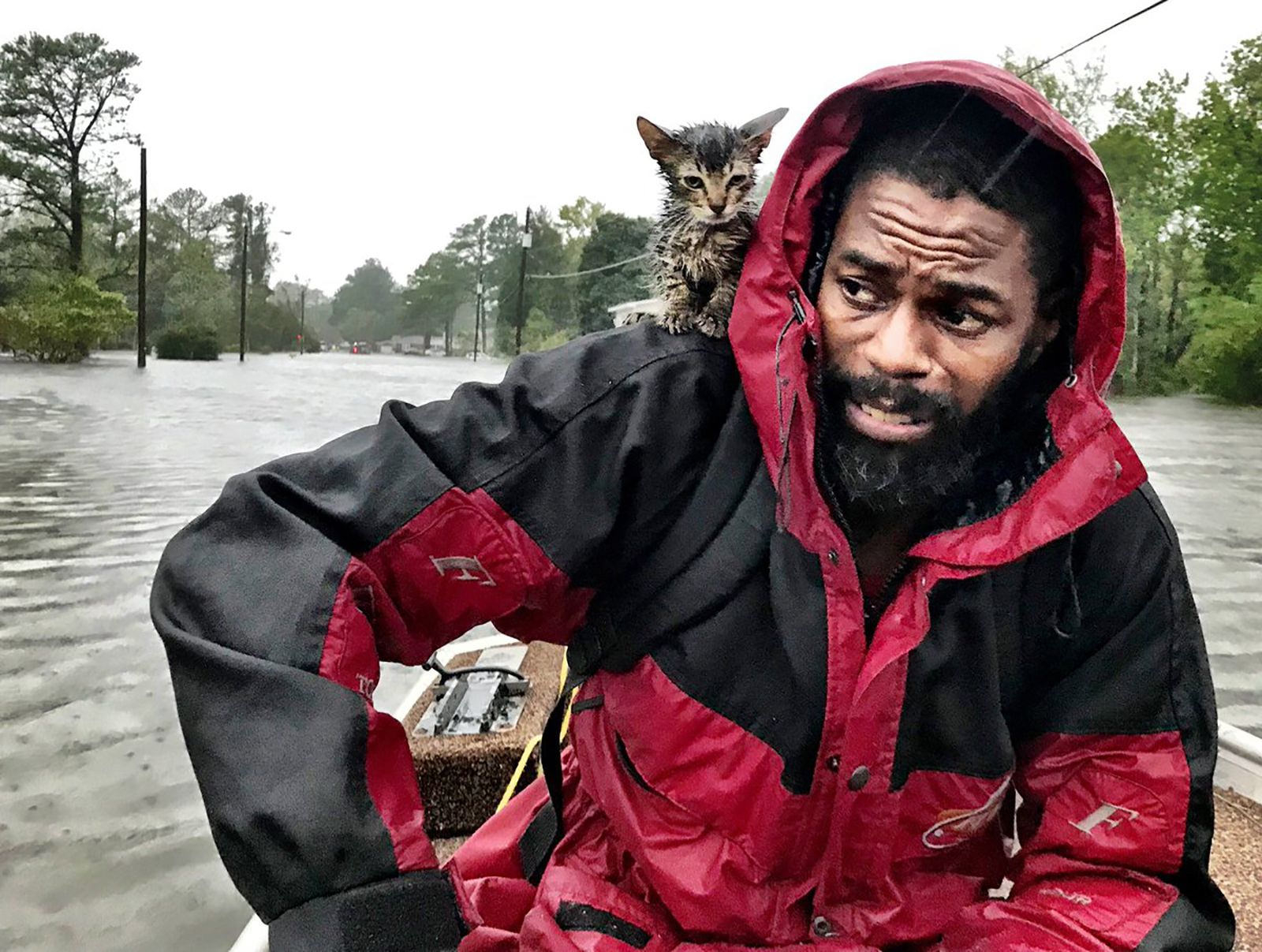 In 2012, North Carolina’s Coastal Resources Commission warned that sea levels there could rise by a metre over the next century.

The warning was based in part on U.S. Geological Survey findings that “sea level rise along the portion of the East Coast between North Carolina and Massachusetts is accelerating at three to four times the global rate,” and that sea level in the region “would rise up to 11.4 inches higher than the global average rise by the end of the 21st century,” according to ABC News.

It was meant to help the state prepare its long, wide, low-lying coast for the kinds of severe occurrences that are becoming increasingly common as climate change ramps up. But developers and others complained the forecasts could hurt property values and increase insurance costs.

Politicians came up with a novel “solution.” They passed a law banning policies based on the forecasts.

No policies based on climate change forecast

Under the law, predictions can be for 30 years at most and must be based on historical data about sea level rise. This ignores mountains of scientific evidence about global warming and its consequences, including the fact that sea level rise is accelerating as ever-increasing greenhouse gas emissions drive global average temperatures higher.

The law allowed developers and government to continue building homes, buildings, roads and bridges along the coast, oblivious to threats outlined by people who study climate and oceans. Whether heeding the warnings would have mitigated the devastation and tragedy from Hurricane Florence depends in part on actions government might have taken. But refusing to accept scientific evidence for the sake of short-term profits, although all too common, isn’t the way to protect citizens and property.

The Coastal Resources Commission released a more modest warning in 2015, concluding sea level rise could be 15 to 20 centimetres over 30 years — less than other research predicts. North Carolinians also elected a governor last year who accepts the reality of climate change and has committed to taking action. But so far, not enough has been done to safeguard the vulnerable coastline from sea level increases or storm surges exacerbated by climate change.

We're all in this together

The notion that storms and other weather events will follow predictable historical patterns is being shattered by record climate-related storms, droughts, floods and heatwaves worldwide. The tragedy so many are facing, from loss of homes to loss of lives and livelihoods, is compounded by the fact that much of it is or was preventable.

Employing solutions while continuing to develop new knowledge and technologies in everything from agriculture to renewable energy would create good jobs and economic gains, while protecting human health and well-being and the very life-support systems that keep us alive and well.

Many in the U.S. understand this. While the federal government rolls back environmental laws and protections, “more than 3,000 U.S. cities, states, businesses, investors, counties, regional associations, faith communities, and post-secondary institutions are on track to reduce the country’s greenhouse gas emissions by at least 17 per cent — and possibly by as much as 24 per cent [by 2025], bringing the country close to meeting its promised target under the Paris Agreement,” an Energy Mix article states.

Those reductions depend on how well signatories to Bloomberg Philanthropies’ America’s Pledge keep their commitments on a range of goals regarding renewable energy, energy efficiency, electric vehicles, carbon pricing, carbon sequestration strategies and preventing methane leaks. But the benefits of doing so go beyond ensuring our survival and well-being — though that should be enough!

A study by C40 Cities, the Global Covenant of Mayors and the NewClimate Institute concluded, “Cities around the world could create 13.7 million jobs and prevent 1.3 million premature deaths per year by 2030 by pursuing ‘ambitious urban climate policies’ that ‘vastly reduce carbon emissions globally,’” Energy Mix reports.

As our thoughts and hopes are with the people of the U.S. East Coast, the Philippines and other places caught in terrifying weather, we must remember that we’re all in the storm now. Our way to safety is also our way to a brighter future.

As a former resident of, and

As a former resident of, and now frequent visitor to, the US - I am continually amazed at the carelessness and contempt shown by developers when building on lands known to flood during storms, or on ocean frontages exposed to the fury of predictable recurring storms. The people choosing to dwell in these high risk areas have a lot of chutzpa to then complain that FEMA, Insurers, and other relief agences are reluctant to settle their claims. When a shoreline area has once been devastated by a storm like Sandy - for instance, the state and local municipalities should collaborate to prevent rebuilding in those areas. The same goes for houses/businesses/livestock agriculture, that persists in maintaining operations in known flood plains. These increasingly devastating, man-enabled natural disasters - however they are caused, should be taken into account by municipal planners and developers. In Texas some of the most devastating flooding happened miles from the ocean - in suburban areas built on known low lying ground, incapable of handling massive rainfalls. The astronomical costs of these storms are not the fault of Nature - but of the arrogance of humanity that cannot exercise common sense about where it settles.