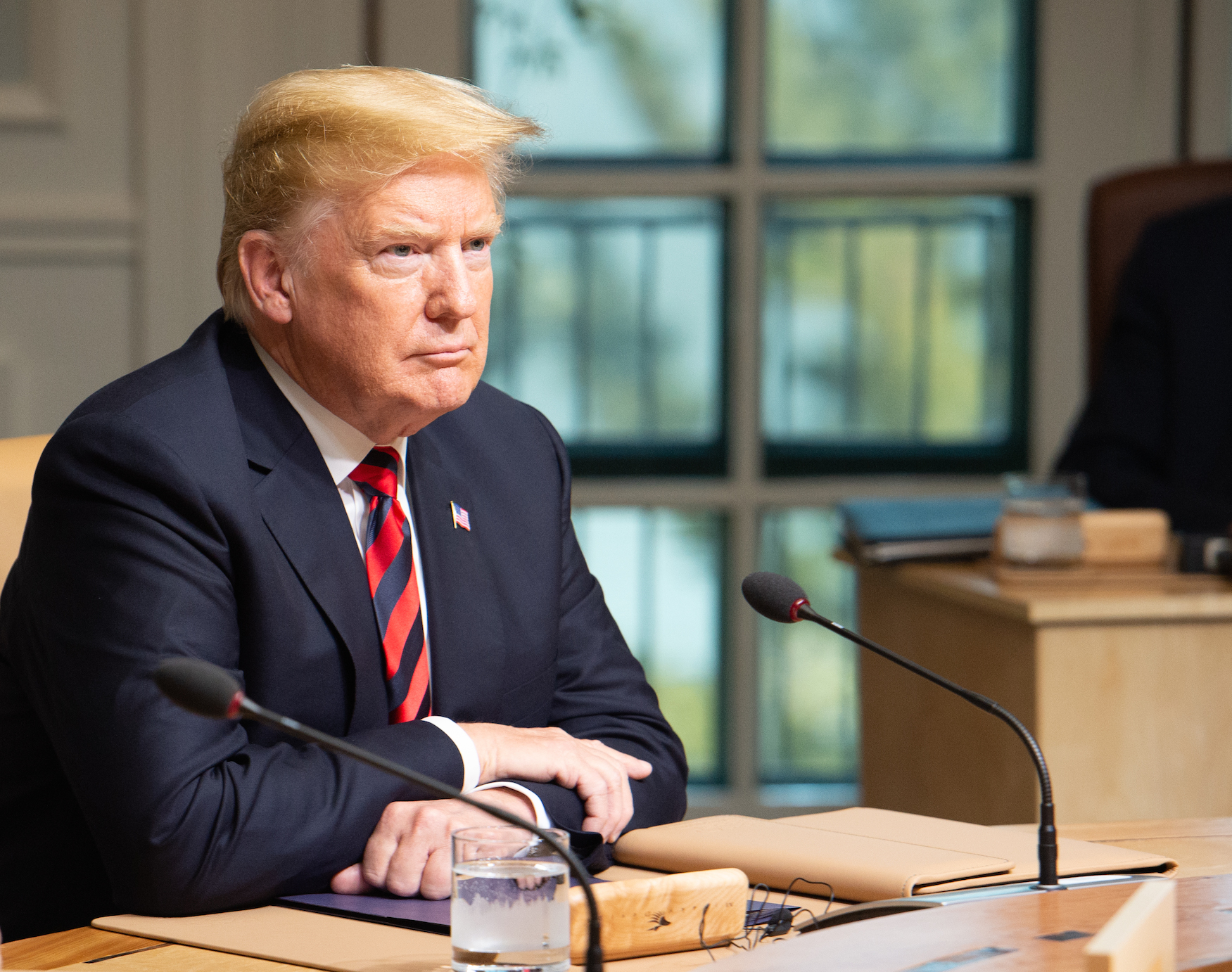 The Intergovernmental Panel on Climate Change – an organization of 195 governments that harnesses the intellect of hundreds of experts to assess peer-reviewed, published science – is still lacking the needed source material to make such an assessment, a top official said Tuesday.

“To be straight, the Trump effect is not mentioned in the report,” said Jim Skea, the co-chair of the IPCC working group that deals with mitigation, or actions that countries take to reduce their emissions.

“We’re waiting for the literature to emerge that will assess the aggregate effect of the various pledges that countries have or have not made,” added Skea, also a professor and chair in sustainable energy at Imperial College London. “The literature has not really emerged in the time that’s available to allow us to take account of that in this particular report.”

In a call with journalists from around the world, Skea said future reports from the IPCC, in particular the so-called sixth assessment report expected in 2021, will have some of the necessary information to assess the damage from the U.S. Last September, officials gathered in Montreal to outline how working groups will contribute to that report.

Last year, U.S. President Donald Trump announced his country would withdraw from the Paris climate agreement, significantly weakening an international effort to keep the increase in global average temperature to 1.5 degrees Celsius above pre-industrial levels in order to avoid climate change’s most destructive effects. The United States is the world’s second-largest emitter of carbon pollution.

But the U.S. has also not yet formally withdrawn from the Paris agreement, as the process for withdrawal effectively means the country will continue to be a part of the agreement until 2020 at the earliest.

Carbon pollution comes from burning fossil fuels in things like cars and power plants, which traps heat in the atmosphere and contributes to rising sea levels, eroded coastlines, fiercer floods, droughts, wildfires and hurricanes and a more uninhabitable planet. Trump has instead boosted heavily-polluting coal power and rolled back environmental regulations.

'People have died because of extreme heat'

The IPCC’s job is to mobilize the scientific community to work with them, and assess published science in order to give governments a picture of the state of knowledge on climate change. It highlights gaps in knowledge and differences between research. Its fifth report, completed in 2014, was the major scientific input into the Paris agreement.

The IPCC has no dog in the fight; it doesn’t run the main international climate negotiations — called Conference of the Parties or COP — and doesn’t conduct its own original research.

“If one can imagine the government holding the hand of the scientists, this means you don’t understand how scientists work,” said Valérie Masson-Delmotte, co-chair of the IPCC working group that deals with the physical science of climate change.

Countries like Canada, which made commitments at Paris to ratchet up climate goals in order to phase out fossil fuels polluting the atmosphere, must continually assess their progress against the scientific consensus for how effective those commitments will be at stopping climate change.

A collaborative report from auditors general across Canada this March found Ottawa would fail to meet its goal of reducing greenhouse gas emissions by 30 per cent below the level it was at in 2005 by the year 2030.

As the Trudeau government gets set to introduce a nationwide price on carbon pollution next year, it has also had to battle the Ford government of Ontario, which is moving to scrap its provincial cap and trade regime for cutting emissions, as well as the federal Conservative Party which has vowed to scrap Trudeau's price on pollution if they win power in a federal election next year.

“We have a huge challenge, and it’s impacting Canadians from coast to coast to coast," Environment and Climate Change Minister Catherine McKenna said at a briefing during G7 talks in Halifax on Sept. 20.

What's in the report

The upcoming IPCC report is expected to be released Oct. 8, following a meeting in South Korea from Oct. 1 to 5 where government officials will work with the scientific authors of the report to produce a summary for politicians and ensure the text is clear and readable.

The report is expected to quantify just what it will take to limit global warming to that 1.5-degree rise. “We were invited to produce quite a targeted report focusing on specific questions,” said Skea.

In June, Reuters obtained a leaked draft of the report that it said showed the warming of the planet is on course to exceed 1.5 degrees by 2040, and only with “rapid and far-reaching” global economic change can the planet hope to limit warming to that amount.

Speaking Tuesday, Jonathan Lynn, the IPCC’s head of communications, cautioned reporters not to read too much into the leaked draft, given that the review in South Korea is likely to lead to changes to the document.

The process to produce the report has taken almost three years and involved hundreds of experts contributing tens of thousands of review comments over multiple rounds of revisions, said Masson-Delmotte, also research director at the French Alternative Energies and Atomic Energy Commission.

“It’s really remarkable that the scientific community has been able to produce new knowledge (and) assessed a huge amount of new literature in a short amount of time,” she said.

As is typical for international climate reports, the language in the summary for policymakers will use “specific calibrated language” that will show degrees of “confidence” or probabilistic statements, said Masson-Delmotte.

The IPCC officials said the report will delve into the concept of carbon pollution removal, in particular related to land issues. Several of the proposed methods to stay under 1.5 degrees warming include such a technique, and IPCC’s job is to assess published work.