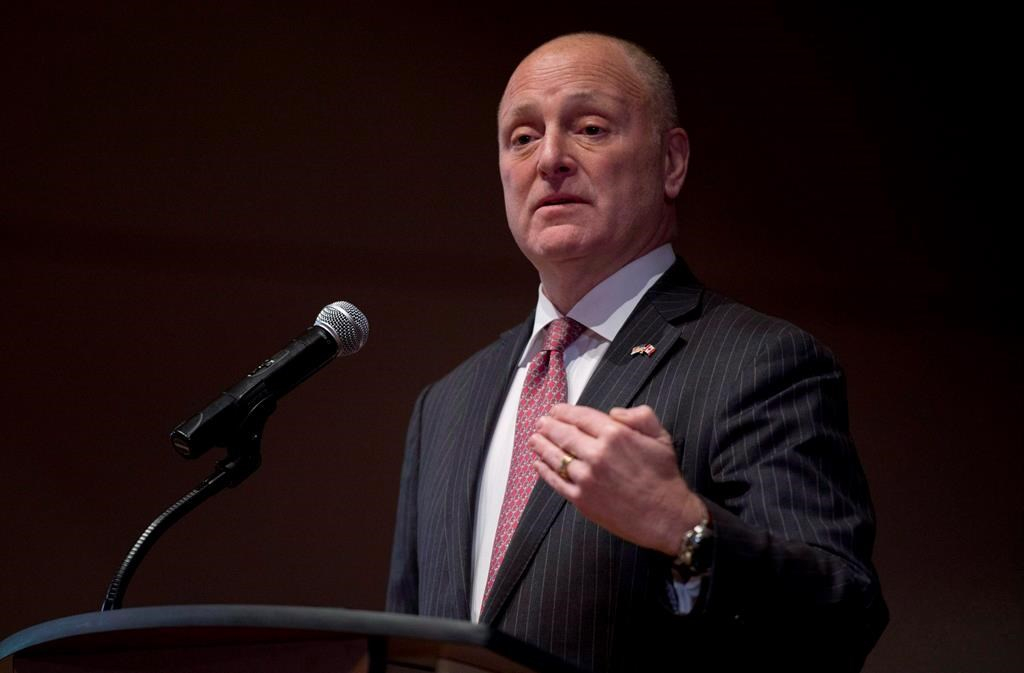 A former U.S. ambassador to Canada is taking the battle for this year's midterm elections north of the border, calling on more than 600,000 Americans living in this country to register for a vote that is gearing up to be a referendum on Republican Donald Trump's presidency.

Bruce Heyman and his wife, Vicki, are part of a new voting initiative headed by former first lady Michelle Obama that aims to get people registered to vote ahead of November's congressional elections.

Over the summer, Obama launched the non-profit group "When We All Vote" designed to boost voter participation and is running high-profile events all week.

Heyman said the non-partisan nature of the initiative has public backing from Democrat and Republican celebrities and is needed because there are some in the U.S. who would like to suppress votes.

'If you don't vote, you're just a bystander'

Americans living in Canada should also tell others to register to make sure they have a voice on core issues including gun violence, the environment and U.S.-Canada relations, Heyman added.

"You can sit down and get frustrated that you're not being represented well or what's happening in Washington, but if you don't vote, you're just a bystander in the process," he said.

Midterm elections have traditionally seen a lower voter turnout than presidential election years. The last round of midterm elections in 2014, halfway through Barack Obama's last term in office, saw turnout plummet to a seven-decade low.

Both parties are trying to energize their base ahead of November's vote and Trump's administration is pushing to quickly finalize a renewed North American Free Trade Agreement with Canada and Mexico to give the ruling Republicans a political win.

Heyman said he believes Trump and the Trudeau Liberals will eventually reach a deal on a revamped NAFTA, which is tied to the economic fates of Canada, the United States and Mexico.

But he warned the relationship between Canada and the United States may take longer to heal after the talks than it takes for the ink to dry on a new trade deal.

"So many states and so many companies and so many cities rely on the relationship with Canada for economic growth and opportunity and employment," Heyman said.

"That's why I know this too shall pass, but it may take a while to ... heal the wounds of the partnership and the friendship that may be damaged with the language and the approach that's being taken."