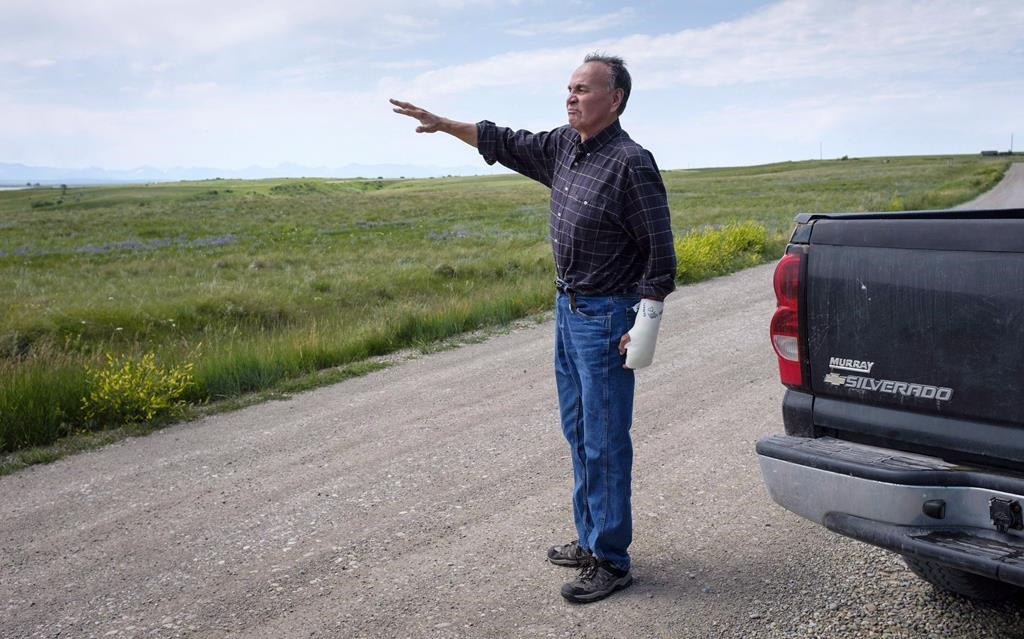 A federal judge will be asked to settle a dispute between two families over land on Canada's largest reserve to answer whether First Nations members have any right to the ground beneath their feet.

Former Blood Tribe chief Harley Frank has been embroiled in a land battle on the reserve which is home to 12,500 people in southwestern Alberta, 250 kilometres southeast of Calgary.

The dispute involves 600 hectares of prime agricultural land allocated to the Frank family in 1960. Although band members can't own property outright, they can have it allocated to them with the approval of the chief and council.

Frank's father, Wilton, staked a claim nearly 60 years ago and then had two years to make improvements on the undeveloped property near the St. Mary Reservoir.

Earlier this year, he was told the band's land dispute panel had awarded all but two hectares of the Frank property to a family with adjacent land. Frank said the decision was based on the evidence of a hand-drawn map and was approved by the chief and council.

His request for an appeal was rejected.

Frank, who is 68, and his legal counsel want the federal judge to set aside the decision by the Blood Tribe to take away the land.

"(It) was made without any meaningful fairness or proper hearing. The outcome is so unreasonable that no properly instructed tribunal could have reached it," reads the court document.

The judge is also being asked to order the land registry of the Blood Tribe be changed to list the Frank family as holding title and being the registered land occupants.

Frank's lawyer argues a federal judge can set aside a decision of a federal board, commission or other tribunal in appropriate circumstances. He says a First Nations band council falls under that section of law.

The submission said the Blood Tribe panel didn't provide any legitimate or coherent reasons for the decision to change the land title.

"The decision is based on recommendations which are rambling, scarcely comprehensible and offer no coherent explanation of the panel's conclusion. They are rife with non sequiturs and gibberish," says the submission.