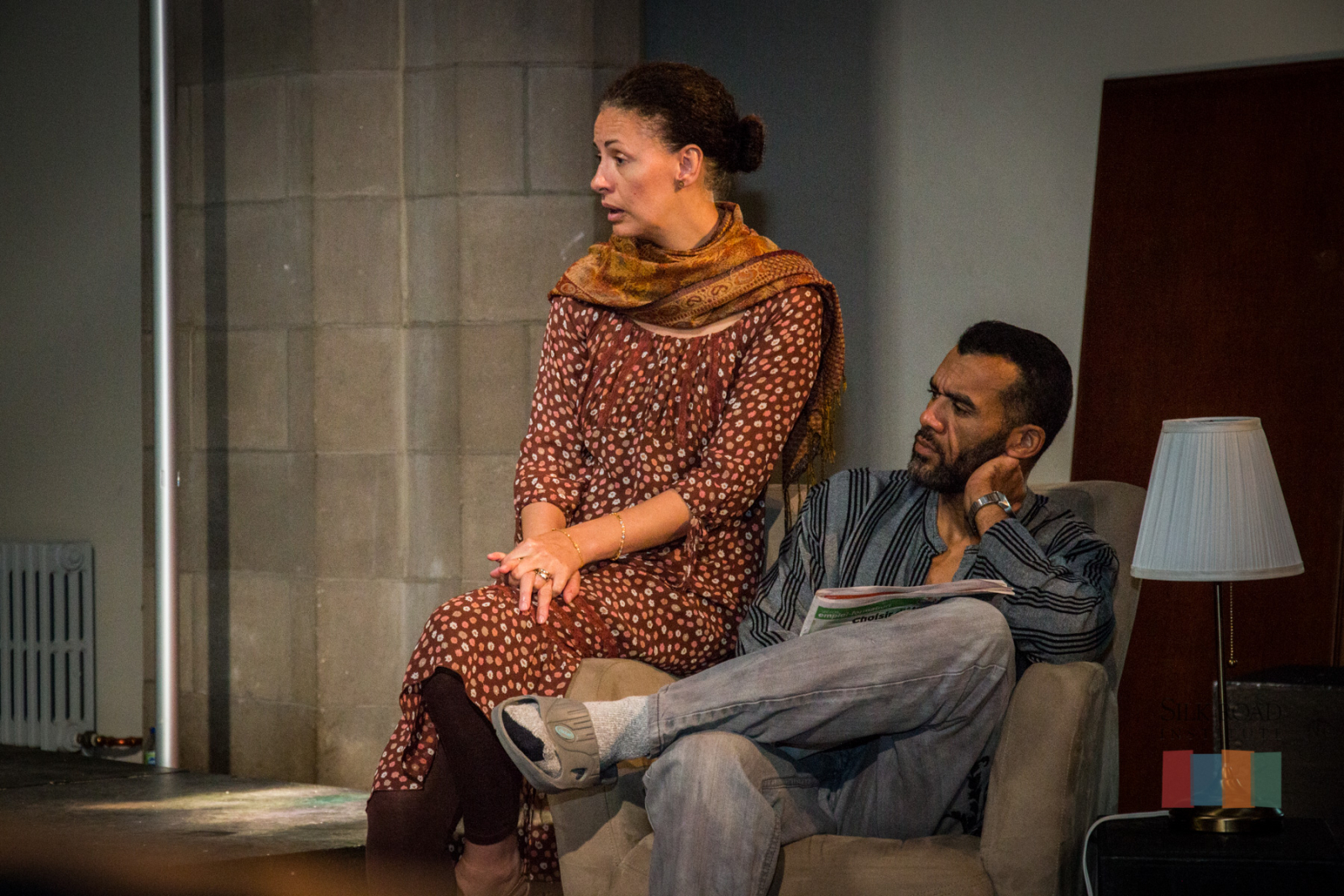 In seventh-century Arabia, the storyteller was more valued than the swordsman.

Ali mused about Muslim theatre traditions in an interview just two days before the Montreal premiere Thursday of his acclaimed play, The Domestic Crusaders. It is the inaugural show for Canada’s first professional Muslim theatre company, the Silk Road Theatre Company.

The company is based in Montreal and has a mandate to share diverse narratives from within Muslim communities. There are roughly 15 people involved in the first production, of which some, but not all, are Muslim.

The hope is that the performance will contribute to more constructive conversations about Muslim identity in Quebec, according to members of the Montreal-based Canadian-Muslim non-profit group, the Silk Road Institute. The group, which is dedicated to promoting cultural arts and cross-cultural exchange, came up with the idea of launching a theatre company four years ago, and secured funding from the Michaëlle Jean Foundation and the Inspirit Foundation to make it happen.

“The idea was really to have and promote a space where we can tell and explore our lived realities as a minority, and to ensure that the things said about Muslims aren't only what is portrayed in the media. It’s a way to take power over our own narrative,” explained Bochra Manaï, vice chair of the Silk Road Institute in an interview with National Observer.

Cast and crew have been working since mid-summer under the direction of Deborah Forde, former director of the Quebec Drama Federation.

The institute picked Ali’s The Domestic Crusaders because of its powerful and relatable message, she said. First produced in 2005, the play tells the story of an intergenerational Pakistani-American family coming to terms with the aftermath of the Sept. 11, 2001 terrorist attacks on the United States – “old-school kitchen drama stuff” according to Ali.

The story will resonate with Canadian audiences in 2018, said Manaï, because “everyone can relate to this family.... Regardless of the form of Islam you live by, we are all concerned by the question of Islamophobia."

Anti-Muslim sentiment is higher in Quebec than in other Canadian provinces, according to an academic study published in May – and a string of high-profile events over the past several years have been condemned as targeting the province's Muslim communities. In January 2017, six worshippers were killed and 19 injured when Alexandre Bisonnette opened fire at a mosque in Quebec City at the close of evening prayers. In July that year, residents of St-Apollinaire voted by a small margin against opening a Muslim cemetery in their small town outside Quebec City. Three months later, the provincial government passed Bill 62, which prevents Quebecers from giving or receiving public services wearing face coverings. The law, which has since been stayed by Quebec's Superior Court, was criticized as discriminatory to the province's female Muslim population. In December 2017, TVA Nouvelles, a local television station, falsely claimed a Montreal mosque had requested female builders be removed from its vicinity.

While this production is in English, The Silk Road Theatre Company will mount French productions in the years to come, she added.

The Silk Road Theatre Company, launched in Montreal, has a mandate to share diverse narratives from within Muslim communities. First up – @WajahatAli’s The Domestic Crusaders @SilkRoadCanada #mtltheatre by @Cecilia_keating in @NatObserver

“We don’t want to fall into ‘two solitudes’ territory,” she said, pointing out that in Quebec, there are “francophone Muslims, who are often from the Maghreb or the rest of Africa, and anglophone Muslims, who are more often south Asian or Egyptian, for example. The idea is to put on productions which speak to the diversity of Muslims. Because there is a diversity of Muslims.”

'The demons have been resurrected'

Playwright Ali said in an interview with National Observer on Wednesday that he was “humbled” that the play he started writing while a student at the University of California, Berkeley in late 2001 is still being performed today. However, he said that it is “also slightly depressing, because a lot of the stuff I wrote about back then seems to be more relevant now, with the rise of anti-immigrant fear-mongering, of white nationalism, and people trying to divide a pluralistic society around racial and religious lines in America, Canada and Europe.”

Ali is a lawyer and contributing opinion writer for the New York Times. He was included in CNN’s list of 25 most influential American Muslims last May.

The challenges his fictional family face as “a minority group that is seen as the other, a group that is seen as foreign” are just as pertinent in 2018 now as when the play was written, he said. “That unfortunate us-versus-them mindset has returned with a vengeance in the past two to three years, especially in America and Europe, and with forces in Canada.”

“The demons have been resurrected in the last three years,” he added.


An era of more diverse roles?

The role of Salahuddin, the eldest of three siblings in The Domestic Crusaders, is played by Zeshaun Saleem, an actor with Pakistani family roots based in Montreal.

Speaking to National Observer on Wednesday, he said he relates to the role of the younger brother, Ghafur, who resists his parents’ pressure to pursue a medical career, opting for Islamic studies instead.

“My parents are doctors, my eldest siblings are doctors, I decided not to go that route,” he explained. Born in British Columbia, he pursued Islamic studies at the School of Oriental and African Studies in London before pivoting to creative writing, arts and acting, which brought him to Montreal.

“Especially after 9/11, a lot of second-generation Muslims were in search for meaning and one route they went was to unite within an Islamic umbrella. It was a common pathway that a lot of people went, including myself when I was young. I wanted to understand it better, and I wanted to have that as my primary identity – rather than having a nationalist or racial identity, it became a religious thing. It was very common after 9/11, as the perception of Muslims had significantly changed.”

Just starting his acting career, Saleem said that he hopes that initiatives like the Silk Road Theatre Company will usher in more diverse roles to the Canadian acting industry.

“I don’t want to be typecast as the terrorist all the time. I’ve been doing a lot of background (non-speaking roles) lately, and I’m always the bad guy … I want to be the hero sometimes, or the love interest,” he added.

The Domestic Crusaders will run for ten days at the Montreal theatre Espace Knox from 27 Sept. to Oct. 6.