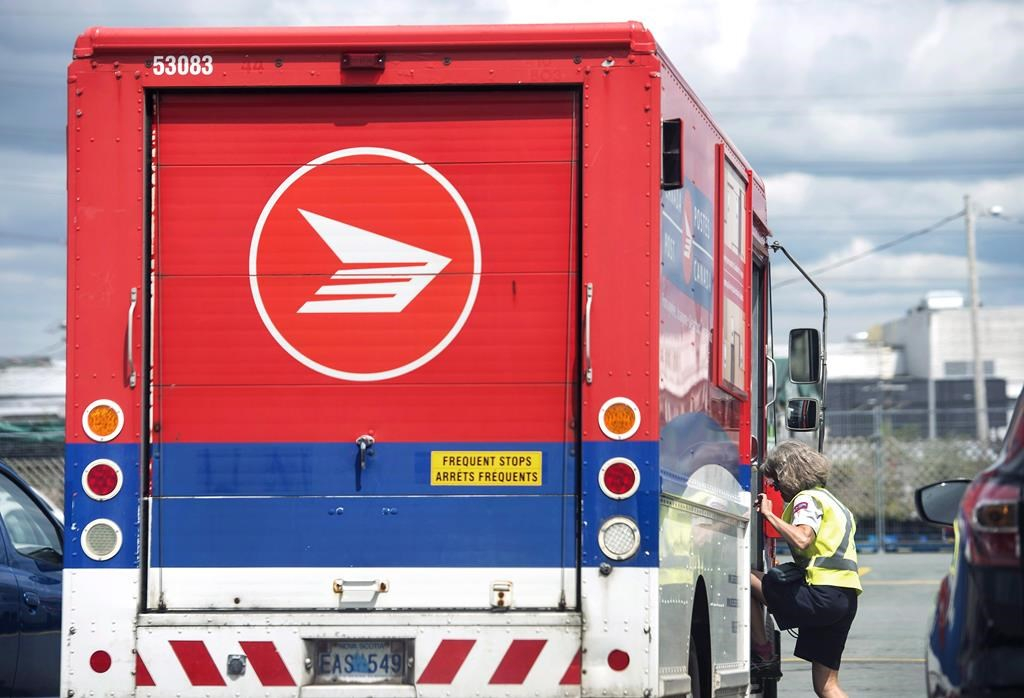 A Canada Post employee climbs into a mail truck in Halifax on Wednesday, July 6, 2016. File photo by The Canadian Press/Darren Calabrese
Previous story
Next story

Staring at a potential strike or lockout as early as next week, top officials at Canada Post and the union representing 50,000 of the Crown agency's employees are to meet over the weekend.

The Canadian Union of Postal Workers says its national president, Mike Palecek, and Canada Post interim president Jessica Mcdonald, along with members of their negotiating teams, hope to "unblock negotiations."

A spokesman for the agency confirmed the meeting, but could not provide a timetable or location.

The union issued wide-ranging contract proposals to the Crown corporation nearly two weeks ago, but said Thursday it had not yet received a response.

The two sides have been bargaining separate contracts for the carrier's urban and rural employees for nine months, with no success.

CUPW members voted in late August and early this month to back a strike. An original early Wednesday deadline for job action passed with the union saying it would not issue a mandatory 72-hour strike notice if there was progress at the bargaining table.

The union has warned its members to be prepared for job action, which could initially include rotating walkouts.

The main sticking points in the talks have been wages and working conditions.