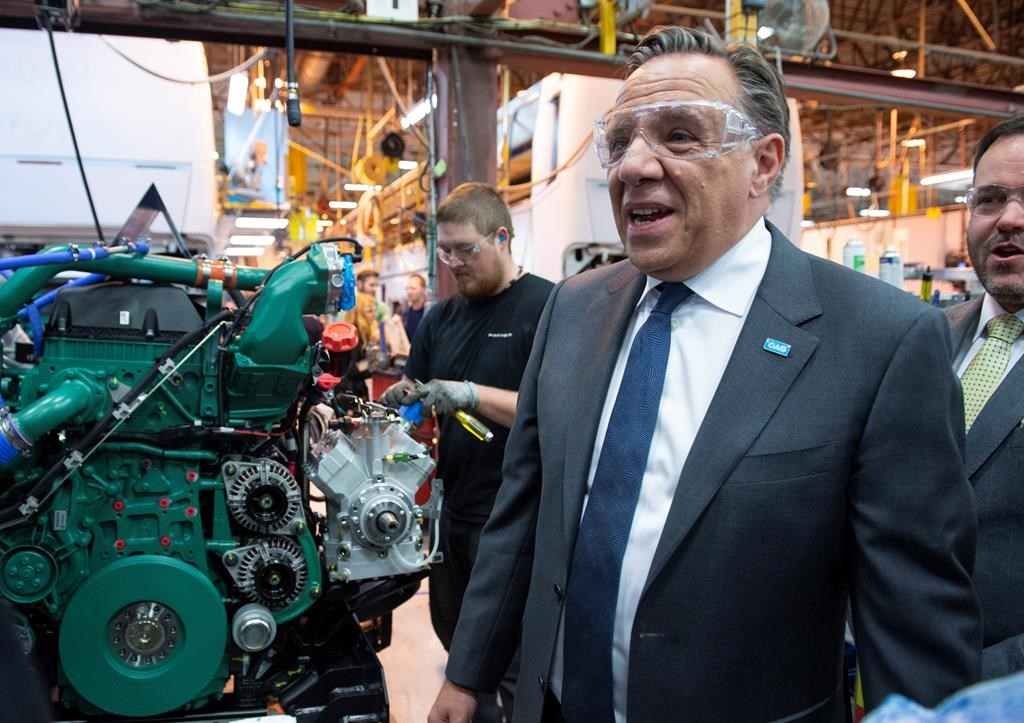 Coalition Avenir Quebec Leader Francois Legault was forced to backtrack Thursday after responding with an emphatic "yes" to a woman asking if he would stand strong against immigrants seeking to "erase" Quebecers.

In a Rimouski pub Wednesday night, a supporter called on Legault to defend Quebecers against immigrants who want "to change our customs" and "remove our crosses."

The woman said she has "nothing against immigration, but bring in the good ones. The immigrants coming in now, they are erasing us. We want to remain Quebecois. Are you going to fight for us?"

Legault responded, "well, yes" and encouraged her to vote for his party.

His response contrasted with the approach taken by Prime Minister Justin Trudeau when he was confronted last August by an anti-immigration heckler in Sabrevois, Que. Trudeau immediately challenged the woman, telling her "intolerance regarding immigrants does not have a place in Canada."

Speaking to reporters Thursday in Riviere-du-Loup, Legault said he disagrees with the woman who addressed him in the pub. Her use of the word "erase" was too strong, he said.

But immigrants "bring a plus" to Quebec, he said, adding he wants to help them integrate and find jobs that match their qualifications.

The Coalition wants to reduce the number of immigrants entering the province yearly to 40,000 from 50,000 and require them to pass a language and values test within three years of their arrival.

If they fail, they could see their immigration certificate revoked.

Liberal Leader Philippe Couillard was also on the defensive Thursday after it emerged that one of his candidates had leaked embarrassing information to the rival Coalition Avenir Quebec two years ago.

Couillard described Guy Ouellette — a former provincial police officer who became a politician in 2007 — as loyal and popular in his riding north of Montreal.

"I really hope Mr. Ouellette is going to be re-elected, and I was really happy to see him defend our party and promote its re-election the other day," Couillard said during a campaign stop in Saint-Prosper, Que.

Coalition Leader Francois Legault has confirmed Ouellette provided incriminating information about a Liberal fundraiser who had been nominated to a public-service post. He identified Ouellette as the source after Le Journal de Montreal reported the tip had come from Ouellette's email address.

In Longueuil, Parti Quebecois Leader Jean-Francois Lisee said he would end the campaign on a positive note.

After being criticized for his attacks on Quebec solidiare, Lisee changed his tune and was far more measured.

He did warn that anyone dreaming of an independent Quebec will be further from that goal if the PQ isn't elected Monday.

— with files from Stephanie Marin in Longueuil, Que., and Caroline Plante in Saint-Prosper, Que.