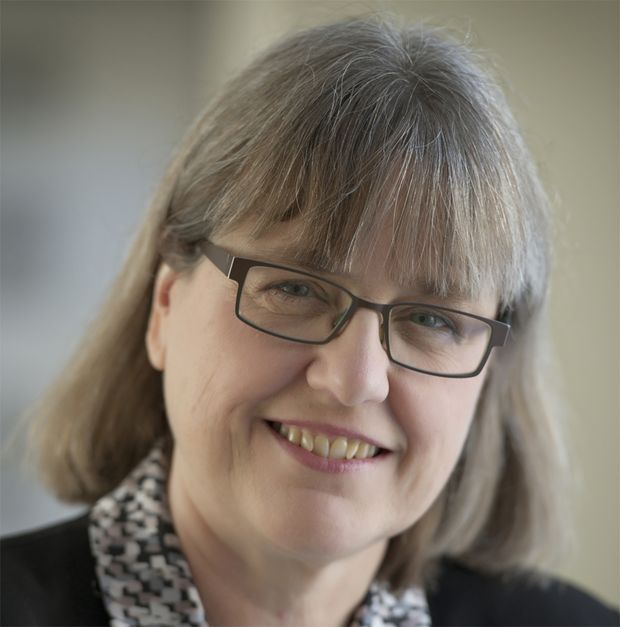 A Canadian professor ended a 55-year drought for female physicists today when she was awarded the prestigious Nobel Prize for physics, becoming only the third woman to ever win it.

Donna Strickland of the University of Waterloo in Ontario won part of the US $1.01 million prize, which she shared with Arthur Ashkin of the United States and Gerard Mourou of France.

The Nobel committee says Mourou and Strickland will receive a quarter of the prize each for their work "generating high-intensity, ultra-short optical pulses," which have become a critical part of corrective eye surgeries amongst other uses.

The Guelph-born Strickland, who is in her 50s, is an associate professor at Waterloo.

Strickland says she was left in disbelief when the call from Stockholm came early this morning notifying her of the win, saying she thought it was "crazy."

She became emotional when told she was only the third to have won the physics prize — the first being Marie Curie in 1903, while Maria Goeppert Mayer won in 1963.

"Obviously, we need to celebrate women physicists because we're out there and hopefully in time it will start to move forward at a faster rate maybe," she said. "I don't know what to say. I'm honoured to be one of those women."

Canada's Governor General Julie Payette congratulated Strickland on social media, noting she was only the third woman in history to become a laureate for the prize.

I am absolutely thrilled by the news of Dr Strickland winning the Nobel for Physics. Joining legend Marie Curie, she is the 1st woman in 55 years and only the 3rd to become a Physics laureate. An enormous achievement. Congratulations Donna, on behalf of all your fellow Canadians!

A 2011 profile on the University of Waterloo web site says Strickland described herself as a "laser jock" who enjoyed the competitive rush, and was working on creating the shortest laser pulse with the biggest punch.

Mourou had been her PhD supervisor.

Ashkin developed "optical tweezers" that can grab tiny particles such as viruses without damaging them.

On Monday, American James Allison and Japan's Tasuku Honjo won the Nobel medicine prize for groundbreaking work in fighting cancer with the body's own immune system.

Huffpost covered the same article on Dr. Strickland's nobel prize winning work. As expected the Huffpost Trolls were out in full cry - deriding the award and, most notoriously, a lengthy and pompous posting by someone purporting to be a fairly intelligent and educated woman who claimed that she had never met any woman who could do physics worthy of a Nobel prize. If this was indeed a female posting, someone should tar and feather her for her obnoxious, unsubstantiated, claims. "Her" comment displayed the worst effects of the self loathing the male supremicists have managed to implant in the world's women. In Canada alone there have been, and continue to be many female distinguished scholars in the sciences and in physics.

The Nobel committees over the decades have been notably misogynistic - and probably still are - so if they awarded the prize to a women she must have been more qualified for it than any comparable man!