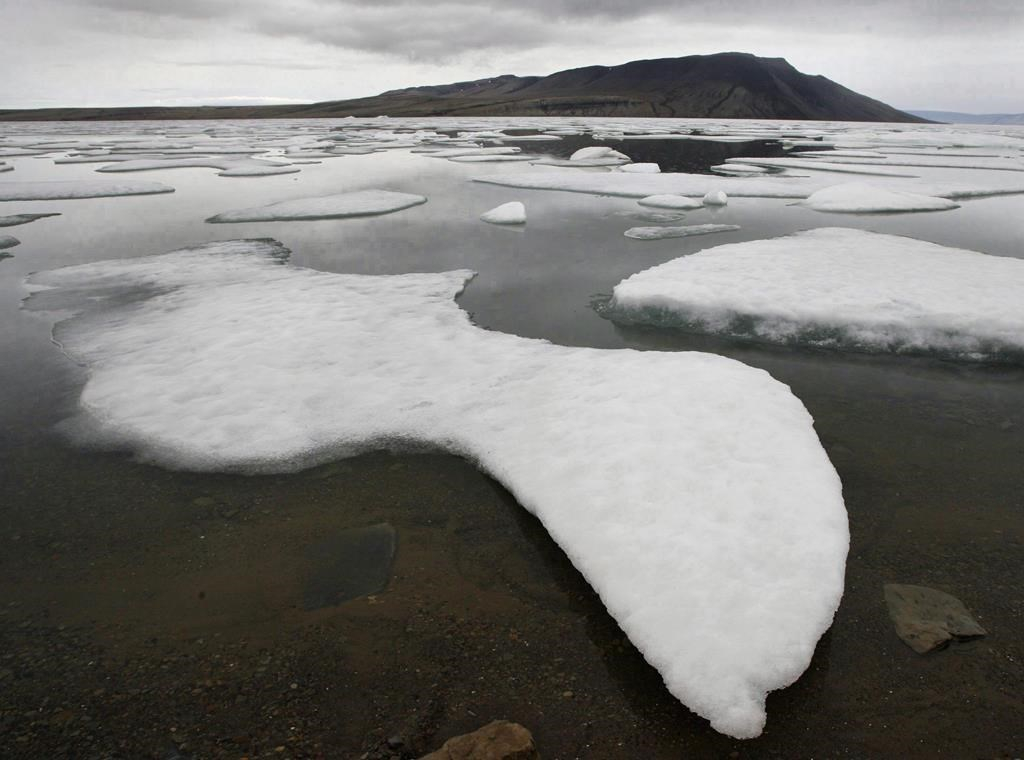 Canada is to join more than a dozen countries Wednesday in signing a deal that would block commercial fishing in the High Arctic for 16 years and begin unravelling ecological mysteries at the top of the world.

Experts say it's a rare example of the globe coming together to prevent environmental problems before they start.

"There's an agreement before the problem exists," said Peter Harrison, a professor of Arctic policy at Queen's University in Kingston, Ont., and a former top federal bureaucrat.

"It's a major step in the right direction."

The deal is to be signed in Ilulissat, Greenland, by the five nations with Arctic coastlines. Others signing on will be China, Iceland, Japan, South Korea and the European Union. Inuit from three countries are also involved.

The agreement, which was negotiated last year, applies to northern waters at least 200 kilometres away from the shores of any coastal states. That amounts to 2.8 million square kilometres of ocean — about the size of the Mediterranean Sea.

As well as a commercial fishing ban, the agreement commits the countries to major scientific work on the entire ecosystem of a region that climate change is making increasingly accessible. Once frozen year-round, about 40 per cent of those waters are now open during the summer.

No commercial fishing currently takes place in the High Arctic, but fish stocks are shifting and fishers and scientists have wondered what the northernmost seas on the planet hold.

The deal commits signatories to developing a science plan within two years to look at the entire ecosystem, not just commercial possibilities.

"To actually anticipate a problem and bring countries together and come up with a system that is science-based is a model of what international diplomacy should do." @michael_byers on "remarkable" fishing ban in the High #Arctic

Michael Byers, a professor of international law at the University of British Columbia, called the agreement remarkable.

"Governments usually don't devote any diplomatic effort to anything other than an immediate crisis. To actually anticipate a problem and bring countries together and come up with a system that is science-based is a model of what international diplomacy should do."

The agreement doesn't come into force until it's ratified by all signatories, which could take about a year.

Harrison said Canada should be taking the lead in designing and implementing the science program.

"We've developed significant expertise on this over the years," he said.

"The States are a bit befuddled, for a whole variety of reasons. It's difficult to put things in Russia, and it goes on and on. The logical leader in this is Canada."

The Department of Fisheries and Oceans declined to lay out Canada's plans for the agreement until after the signing. A spokesman said in an email that the government recently announced up to $10 million to support satellite technologies to help remotely identify and track suspected illegal fishing vessels.

"Fisheries and Oceans Canada is committed to working globally to build strong partnerships to address the issue of unregulated fishing," wrote Vance Chow.

Concerns grow about grey water in Canada's Arctic: report shows it could double

Can't help being skeptical about this... The feds' performance never lacks ulterior motives so what's behind this stunning development?
And how about a moratorium on fossil resource exploration?!!

A few committed people are

A few committed people are what it takes to change the world. Now all we have to do is convince the kleptocrats, the fish exterminators, the climate change deniers befuddlement, amd the indifference of the global population who simply cannot fathom the importance of the north and south polar regions to our planet's well-being.
Kudos to the polar visionaries!