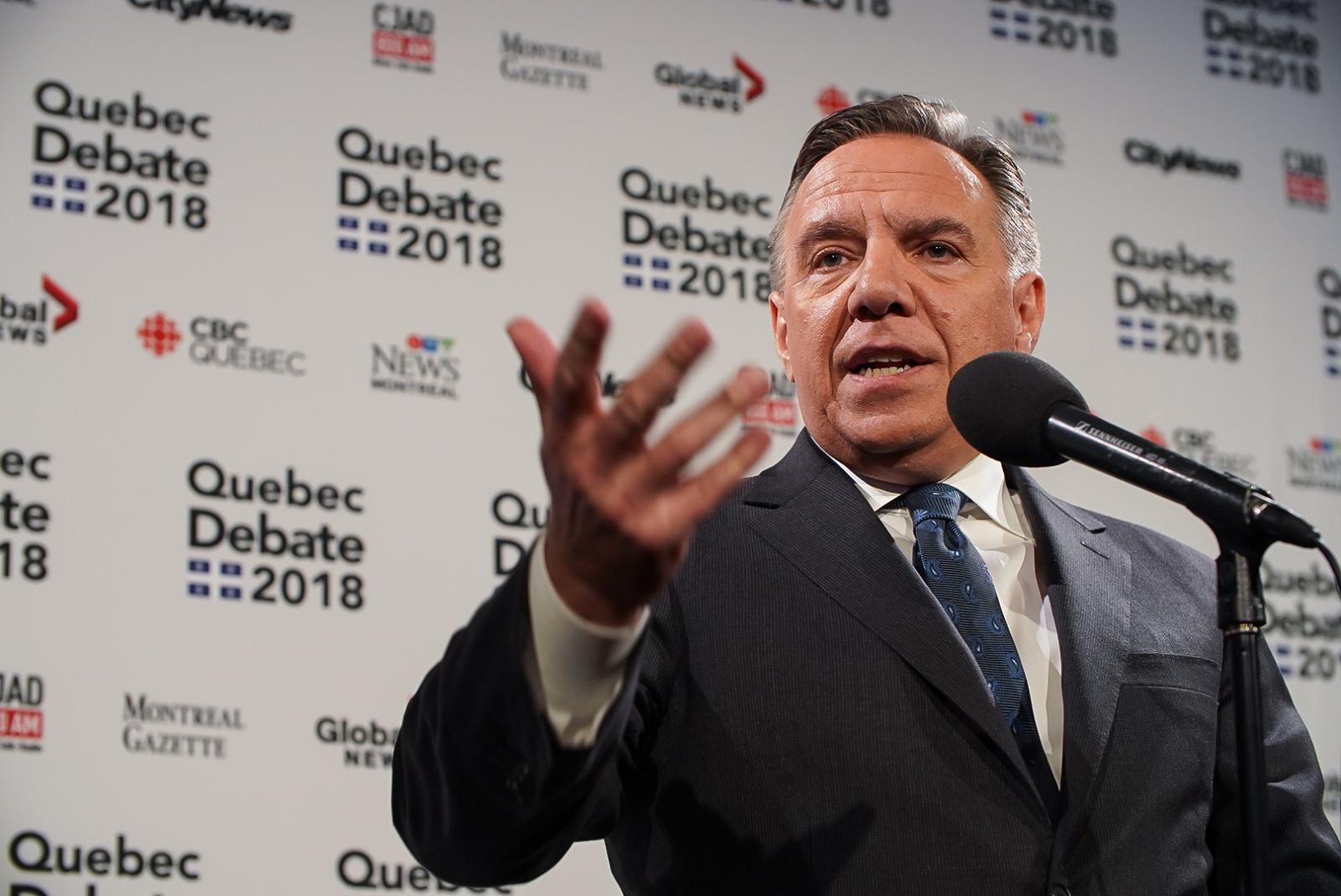 The next premier of Quebec says he wants to talk to Ontario Premier Doug Ford about energy, and he has already hinted about his intentions in an early phone call.

"When I spoke to Mr. Ford yesterday, I said that I would come back to him regarding energy," Coalition Avenir Québec Leader François Legault said during a morning news conference, one day after Quebec residents elected his right-leaning party to form a new majority government. "Of course, we have clean energy, cheap energy, compared to the nuclear, and I would like that we make our contribution and work together.”

Energy costs have been a dominant issue in Ontario politics, with Ford's government cancelling a series of environmental measures and climate policies introduced by the previous Liberal government, arguing that this will help consumers save money. Legault has proposed to help Ontario out through Quebec's Crown utility and energy company, Hydro-Québec.

Ford publicly and privately congratulated Legault for his election victory on Twitter and over the phone. However, his office didn't immediately respond to questions from National Observer about Legault's proposal.

Just spoke with Quebec’s Premier–Designate @FrancoisLegault to congratulate him on his victory. I look forward to working with Quebec to improve the lives of all Canadians, and to continue strengthening the historic relationship between our provinces. Félicitations ! #qcpoli

But Ford told reporters that he was thrilled to get to know Legault better.

"You know, I spoke to my friend François last night. He is a great guy. I really like him. We share a lot of the same thoughts," Ford said. "He wants to cut red tape and regulation, he wants to lower taxes, he wants to get businesses going, he wants to talk about energy, but we really hit it off last night on the phone and I’m quite excited to meet him. I congratulated him. I think we’re going to have a great working relationship with Québec."

Legault says that the export of clean energy is part of his solution to promote environmental protection and sustainable development. Noting that he has two sons who are in their 20s, the premier designate said that he is working for them and the next generation.

"It's important that we leave them with a planet that's sustainable and I will put forward measures to protect the environment," he said. "One of the most important (measures) would be that we export more clean energy."

He added that he was open to hearing proposals from other parties to protect the environment and that he also planned to work on a plan to clean up Quebec's St. Lawrence River.

– With files from Cecilia Keating and Fatima Syed