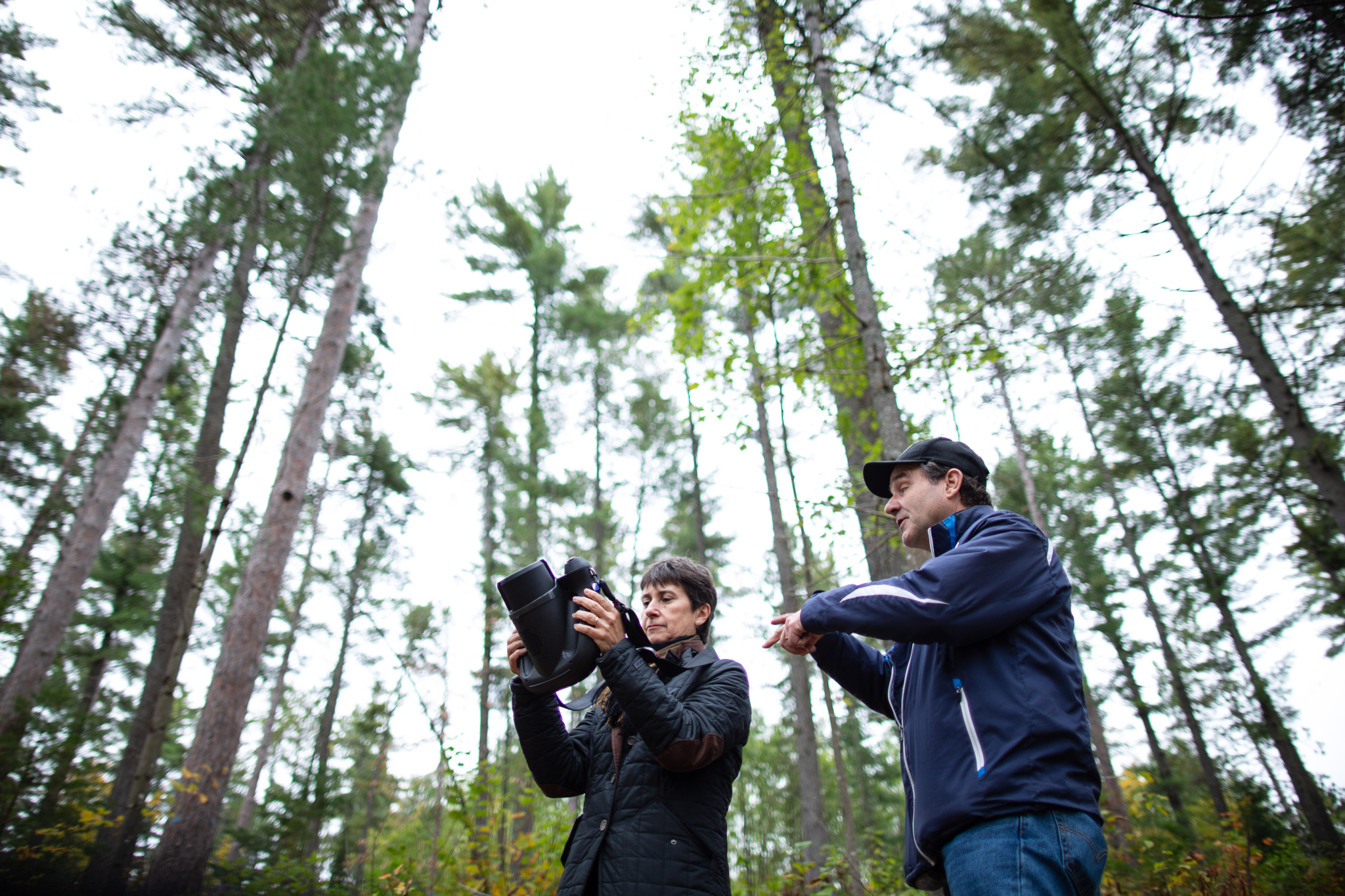 Donna Kirkwood held up the black device with its spinning sensor and slowly walked toward the crowd.

“Basically we'll be creating a video game of the forest,” laughed Kirkwood, the chief scientist at Natural Resources Canada. Then she turned and cut a path through the brush, scanning the trees around her.

Kirkwood was speaking Tuesday from inside the Petawawa Research Forest, which this year marks its 100-year anniversary. To mark the occasion, the department organized a small gathering of federal government, non-profit and private-sector representatives to demonstrate a new instrument for use in the field.

It contains hundreds of tests and genetic trials, including “Permanent Sample Plot 1,” a roughly 6,000 square metre area that is the oldest such test plot in the country.

The device Kirkwood tested is called a Contour and made by Pittsburgh-based company Kaarta. It's essentially a 3-D laser scanner. It uses a method called 'Light Detection and Ranging' or LIDAR, which uses laser pulses to measure ranges and create a 3-D model of surroundings. It's the same technology used in some self-driving cars to avoid obstacles.

Over its 100-year history, federal scientists have been able to gather a significant amount of data about the research forest — things like growth and mortality rates of trees, their resistance to insects and drought under different circumstances, and how different tree species interact with each other.

The ability to describe how the forest has changed over time helps scientists build models to predict how it will develop in future. This knowledge is particularly handy as the government tries to figure out how climate change will affect the country’s landscape over the next century.

Canadian scientists already know, for example, that climate change is significantly stunting the growth of black spruce, an iconic boreal tree in Canada, and is expected to stunt the growth of other trees over time.

Scientists at Tuesday's event said red pine in the region is thought to be at maximum drought tolerance. The department has been conducting "vulnerability assessments," which identify which trees are currently at their maximum climate stress point and which species could potentially replace them.

For decades, gathering data about the forest has been painstakingly done by hand, or in later years captured from above, from digital sensors on planes flying over the forest or from satellite data.

Now, 3-D scanning technology can be put directly into scientists’ hands, allowing them to digitally map forests themselves more quickly and precisely, with more detail.

“We can now map the distribution of trees” with LIDAR, explained Scott McPherson, planning forester and analyst for Nipissing Forest Resource Management Inc.

The Contour device sends out a continuous signal and generates a field of points. The holder walks around to get different angles of trees. Eventually a 3D model of the forest is produced. Scientists manipulate the model to view different data points using software called CompuTree.

McPherson has fond memories of carrying out undergraduate research in the forest in the 1990s. Scientists used to hand draw maps of forest features, leading to much more “subjective” observations, he said. Today’s technology allows for a more “empirical” approach.

Still, “some things haven't changed a lot,” added Woods: scientists are still taking the diameter and height of trees as basic measurements, for example.

On Tuesday, Natural Resources Canada announced that the research forest will be a “remote sensing super site.” Lise Caron, director general of the Canadian Wood Fibre Centre, said this move will help combine earth, air and space data collected over the years about the forest and make it accessible online.

“We need to have a better understanding of what’s going on, what will be the future of the forests, and prepare ourselves,” said Caron.

The forest is under the jurisdiction of the Department of National Defence, which operates a nearby base. Major Erica Wong, from the 4th Canadian Division Support Group of Canada’s armed forces, gave brief remarks at Tuesday’s event, saying the forest had been an integral part of the base. 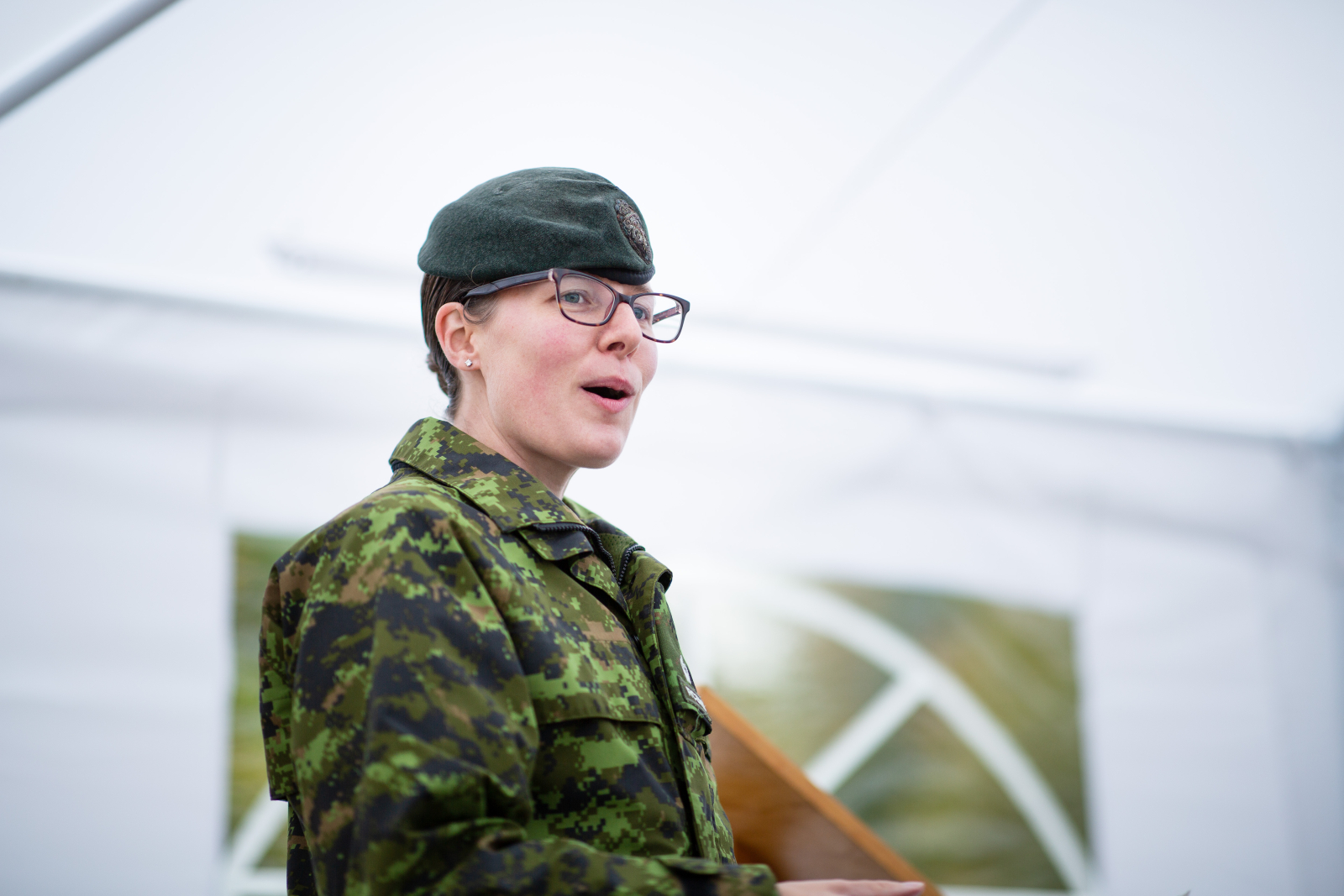 Dan Kohoko, councillor at the Algonquins of Pikwàkanagàn First Nation, also extended a welcome to the group gathered on site to the Algonquins’ traditional territory.

The First Nation has used the forest’s resources for many generations, he said, and continues to draw from it for medicine, building materials, as hunting grounds and as a provider of physical and spiritual health.