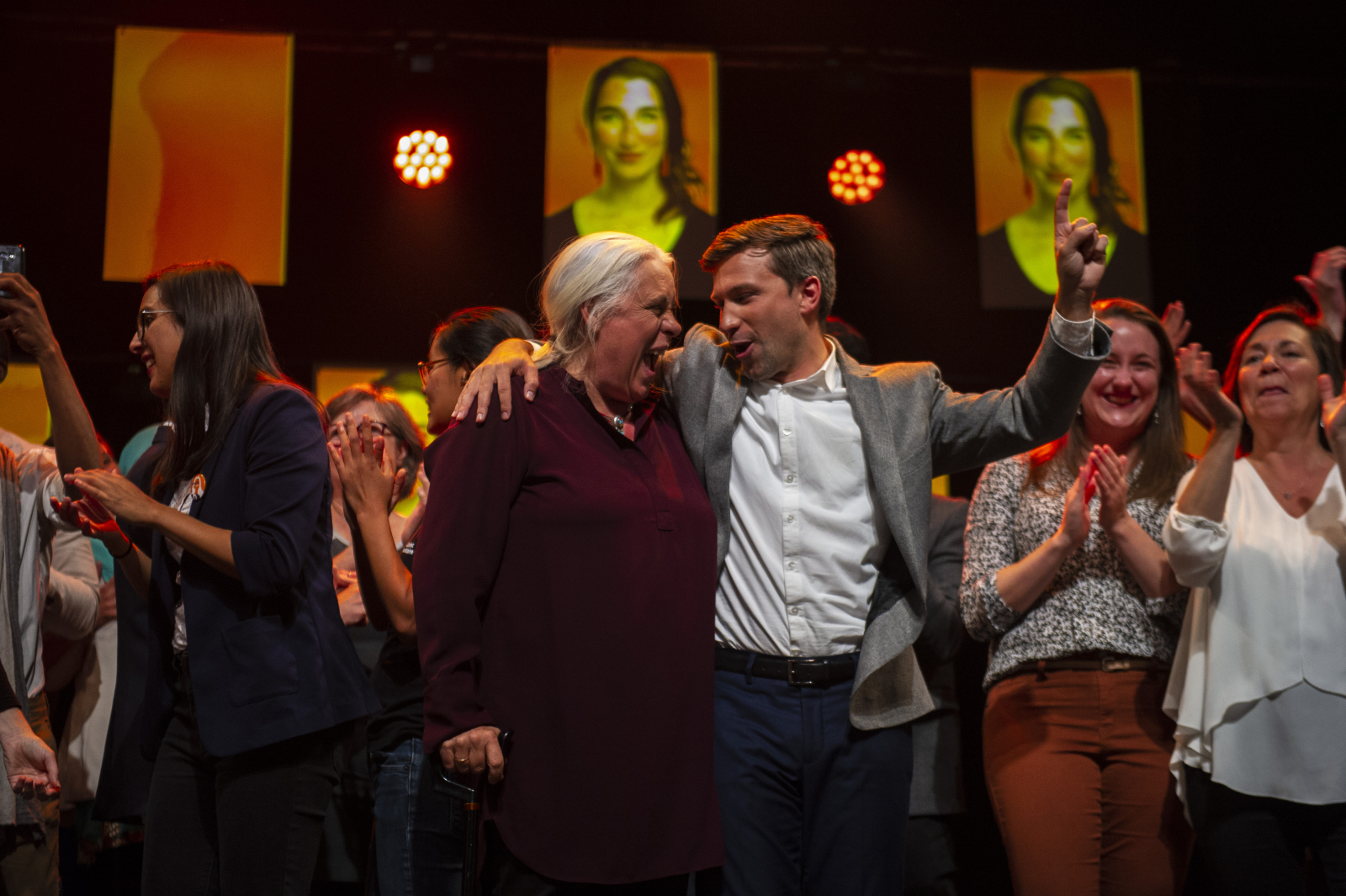 After the Coalition Avenir Québec victory this week, many English pundits have declared that the sovereignty debate is dead. Electing a government more rooted in right-wing politics than in sovereignty-federalist politics is historic, and shows that Quebecers are making political decisions that snub the province’s two traditional parties: the Liberals and the Parti Québécois.

But is sovereignty actually dead? Or are federalists dancing on an empty coffin?

CAQ leader François Legault is a former PQ cabinet minister who has renounced sovereignty. The CAQ had an important victory, but so too did Québec solidaire, the most popular party among the youngest third of voters.

In English Canada, Quebec independence is far too often explained as a proxy war between the PQ and the Liberals. You vote Liberal if you’re a federalist. You vote PQ if you’re a sovereignist, and never the two shall meet. On Monday night, both parties had crushing defeats. The PQ’s was anticipated. The extent of the Liberal defeat was not: from majority government with 68 seats to 32. Leader Philippe Couillard resigned.

Does that mean that Quebecers are also rejecting federalism?

No, because the strict binary employed by far too many English pundits inside and outside Quebec has always decontextualized sovereignty to make it an obvious, straight-forward debate: sovereignty, bad versus federalism, good. This obscures what’s really happening. The demise of the traditional parties is not a proxy for where the sovereignty or federalist movements are today.

What’s emerging in Quebec is a debate that’s polarizing around left versus right, where federalism is used by the CAQ to assure Quebecers that the economy will remain strong, that their milk will remain federally managed and that business will stay happy. Québec solidaire advocates sovereignty to empower the province to reject Canadian national energy projects and to build a new, more just society.

That’s what makes Quebec solidaire so exciting: it’s a party that believes that the Canadian federation, in its current form, causes more harm than good and that breaking from this (or, giving Quebecers the chance to decide if they would like to break from this) is a democratic struggle for justice. For progressive activists who agree with independence, the discussion is never about independence alone. It’s always tied to a progressive social project that, in the interim, we can fight to achieve with the levers that exist today.

Quebec’s best social policies have a direct link to independence, no surprise when you consider that the origins of the Parti Québécois were deeply social democratic with aspirations of justice and liberation.  The dream started to turn rightward at the same time that neoliberalism took hold of governments across the Western world in the 1980s. After the failure of the 1995 referendum, Lucien Bouchard “déficit zéro” made the current demise of the PQ certain. Bouchard promised to cut public spending to reach a zero deficit, making austerity part of the political program of the PQ. Austerity cannot exist alongside nationalist aspirations. An austere government takes services away, makes people more desperate, poorer and more miserable. No one wants that as a foundation of a new country.

Sovereignty in itself can be left wing or right wing and it’s right-wing sovereignty that most Canadians see from outside. It’s far easier to to dismiss the sovereignty movement as either racist (as expressed by groups like neo-Nazi Atalante) or dead (as expressed by the PQ) than contend with the progressive aspirations of the movement. It’s important to be clear about who is saying what, especially when the federalist Liberals and the CAQ have been the most recent purveyors of division in Quebec politics. Systemic racism isn’t the domain of sovereigntists alone.

‘A permanent campaign for social justice’

Sol Zanetti, former leader of Option Nationale and newly-elected Québec solidaire MNA from Quebec City, summed up progressive sovereignty during his victory speech on Monday night: “We will use every platform to fight back prejudice and to push further the limits of what’s possible in our collective spirit ... We need to be in a permanent campaign for a country, for social justice, for feminism and the environment, for democracy and inclusion.”

Like Quebecers, average Canadians never voted on the Constitution. With politicians like Ontario Premier Doug Ford thumbing their noses at convention, Prime Minister Justin Trudeau purchasing a pipeline or betraying the dairy industry through trade deals, and with the pressing need to end Canada’s neocolonial control over Indigenous nations, the positives of our federation are hard to justify against the clear negative impacts.

Imagining what’s possible through a new federal arrangement shouldn’t be a Quebec thing alone; it should be part of all progressive debates across Canada. If we believe in democracy, there is no better democratic project than allowing people to write their own future, and ditch those parts of power that have never served average people.

The future is local: local energy production, local food, local merchandise, local transportation. Importantly, local doesn’t mean closed. It means ensuring that people's political will can directly influence political decision making, like finding new ways to enter into international treaties, or forcing public participation in government decisions that have far-reaching consequences. Or rejecting trade deals that make it harder for Canada to create a national system of pharmacare, like the new NAFTA seems to do. How can we have fulsome debates without talking about how a radical break with the status quo could offer us a solution?

But it’s not spun like this by federalist commentators on purpose. Rather than falling into old tropes and fear mongering about Quebec independence, we have to ask ourselves: what if we have far more to gain than to lose, if Canada’s Constitution were up for debate by its people?

Very good points. I would

Very good points. I would agree that separatism in Quebec is not a binary proposition as it may have been in the 70's for the younger generation. It is much more a question of having a say on the issues that have a direct impact on your life. The CAQ has always advertised itself as 'autonomist' from it's inception as the old ADQ (Action Démocratic du Québec) party.
The recent pipeline debate between BC and Alberta would indicate that this is also the case in the other Canadian provinces.