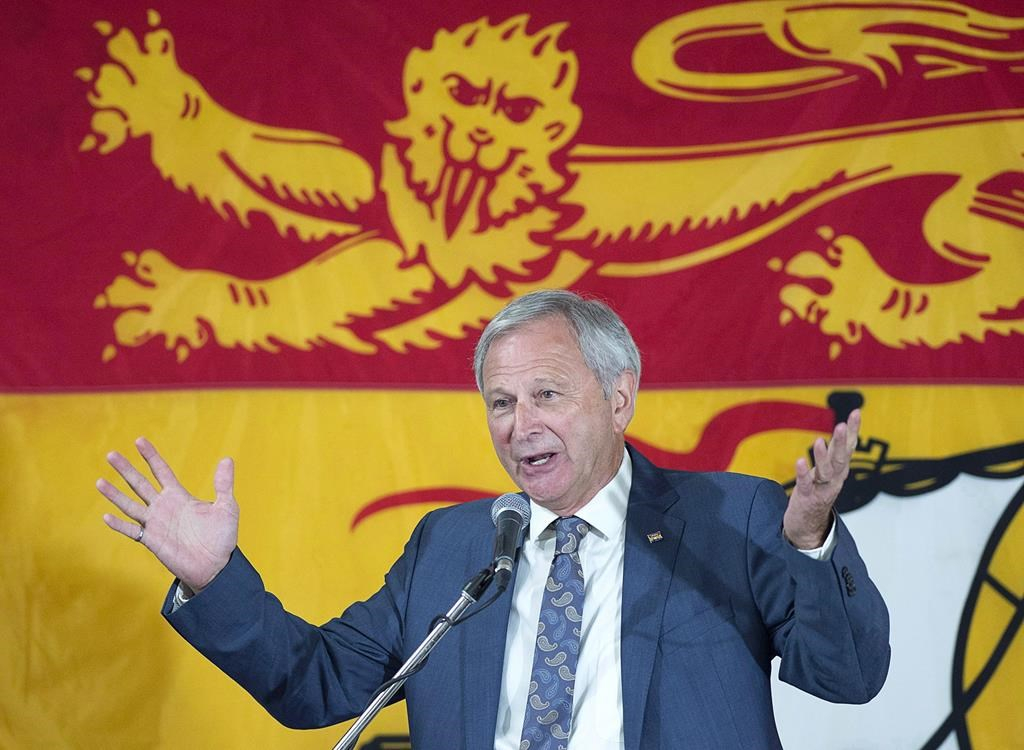 The recounts are in, but New Brunswick is no closer to having a definitive winner from last week's election.

The outcome of the Sept. 24 provincial election thus remains at 22 seats for the Progressive Conservatives and 21 for the Liberals, a virtual deadlock. The Green party and the People's Alliance each have three seats.

"I'm calling on the premier to do the right thing, to resign," Tory Leader Blaine Higgs told reporters in Fredericton Friday after all the recount results were announced.

"Let's not procrastinate any longer," he said. "Let's stop the charades and let's move forward ... with a government in place that's legitimately elected and duly ready to serve."

"During this period of transition, we wanted to ensure that government departments are administered by elected MLAs," he said in a press release.

"We have a strong, capable, experienced team of ministers who will take on new responsibilities on an interim basis to focus on New Brunswickers’ priorities."

The judicial recount in Oromocto-Lincoln-Fredericton, sought by the runner-up Liberal candidate, confirmed the Tories' 93-vote victory, while an 11-vote victory for the Green party was also confirmed Friday in Memramcook-Tantramar.

A recount completed Thursday by a New Brunswick judge confirmed a narrow Liberal win in the Saint John Harbour riding.

"Having the ballots from these three districts hand-counted by a judge, with no changes, confirms that you can count on the tabulation machines to do their job accurately," chief electoral officer Kim Poffenroth said in a statement Friday.

A lawyer for the Progressive Conservative candidate has alleged that about 40 Saint John Harbour voters cast their ballots twice and has said he may reinstate an application for the result to be thrown out by early next week.

The Liberals say they plan to proceed to a throne speech later this month as they seek to hold on to power.

The right-leaning People's Alliance has said it has an informal plan to support a Progressive Conservative government for up to 18 months.

The Liberals have said they will not negotiate with the People's Alliance due to its linguistic policies - which include scrapping the office of the commissioner of official languages.

Meanwhile, the Green party has been holding talks this week with both the Liberals and the Progressive Conservatives, with leader David Coon saying the meetings are in the early stages.

Michael Murphy, a New Brunswick lawyer and former Liberal cabinet minister who lost the leadership to Gallant in 2012, suggested on Twitter that it might be time for the party to rethink its post-election strategy.

"If the uncertainty continues with the LG aware Higgs ready and PA leader saying he will support for 18 months then the Liberal caucus is not only tolerating it but has endorsed it. The brand is being damaged for any election in 18 months or three years. Bond agencies et al concerned," Murphy tweeted Friday afternoon.