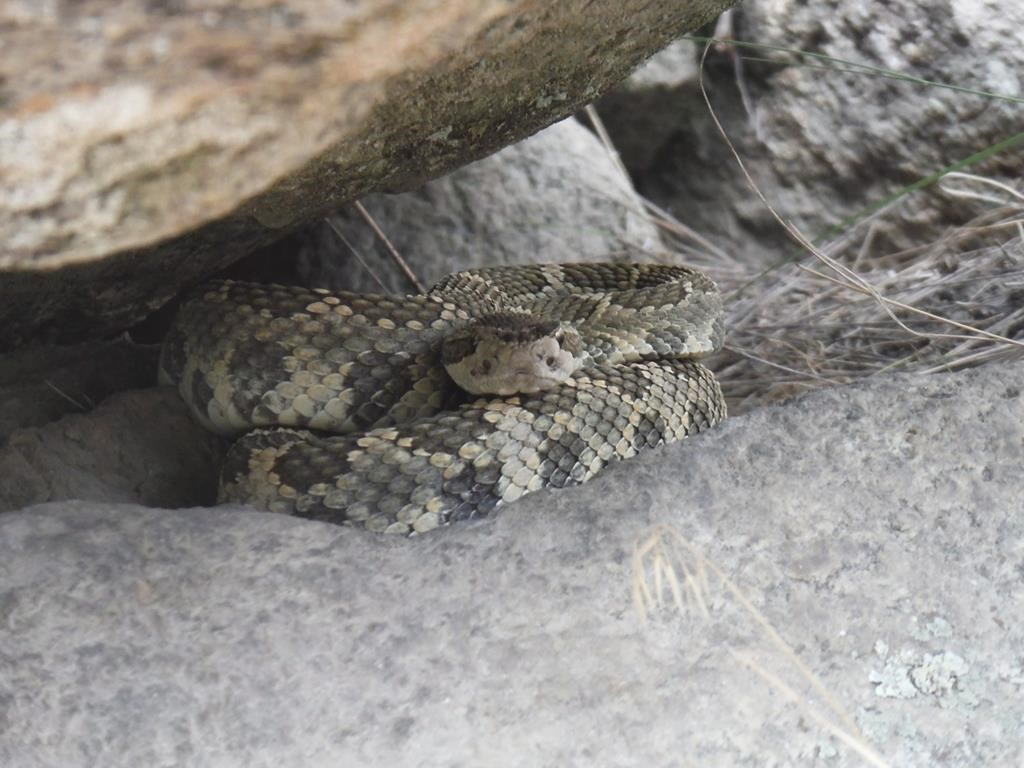 A western rattlesnake is shown in the Okanagan Valley, in British Columbia, in this undated handout photo. Handout photo by Jeff Brown
Previous story

British Columbia's rattlesnakes may not get much respect, but scientists are working to change that — and in the process, save a diminishing species.

University and government researchers have been focusing on one population of western rattlesnakes in a fairly pristine basin where there hasn't been much development.

But even in this "big, round bowl in the South Okanagan Valley," the creatures are under threat, according to Karl Larsen, a professor in the natural resource science department at Thompson Rivers University in Kamloops.

"Then on top of this you throw a high death rate due to vehicles, you've got a recipe for disaster and that's what you're seeing," Larsen said.

Larsen said a typical two-lane road in the Okanagan Valley sees only about 350 vehicles per day. Yet the population of roughly 2,500 western rattlesnakes living in the area sees a death rate of about six to seven per cent every year from vehicles.

Christine Bishop, a research scientist with Environment and Climate Change Canada, said some of the snakes are killed because drivers don't see them — but others are run over intentionally.

She said the snakes are shy, defensive and natural rodent killers, but some drivers travelling through the basin "think they are doing the world a favour by killing a snake.

"Snakes are one of those animals that are in the list of top 10 fears people have and there's a lot of persecution towards snakes," said Bishop.

"Then there's the anti-snake messaging that people get constantly, starting with Satan in the form of snake and tempting Eve, all the way through something like Harry Potter where one of the big villains was a large snake."

Larsen said this means western rattlesnakes in the area are headed for local extinction, also known as extirpation.

"It means things are very dire. It is estimated that the population is going to struggle and might die out over the next 100 years, if not sooner," he said.

Bishop, Larsen, and one of Larsen's students are working with the provincial transportation department to build passageways for the snakes that go under the roads.

But how do you tell a snake to use the tunnel? Larsen said he and his team will study how often the snakes use those channels over the next few years to see if it's working.

"Are they truly cutting down the number of roadkills, or is it just a nice thing that makes us feel good but really not have an effect?" he said.

By Associated Press | News, US News, Politics | October 5th 2018
State Of The Animal