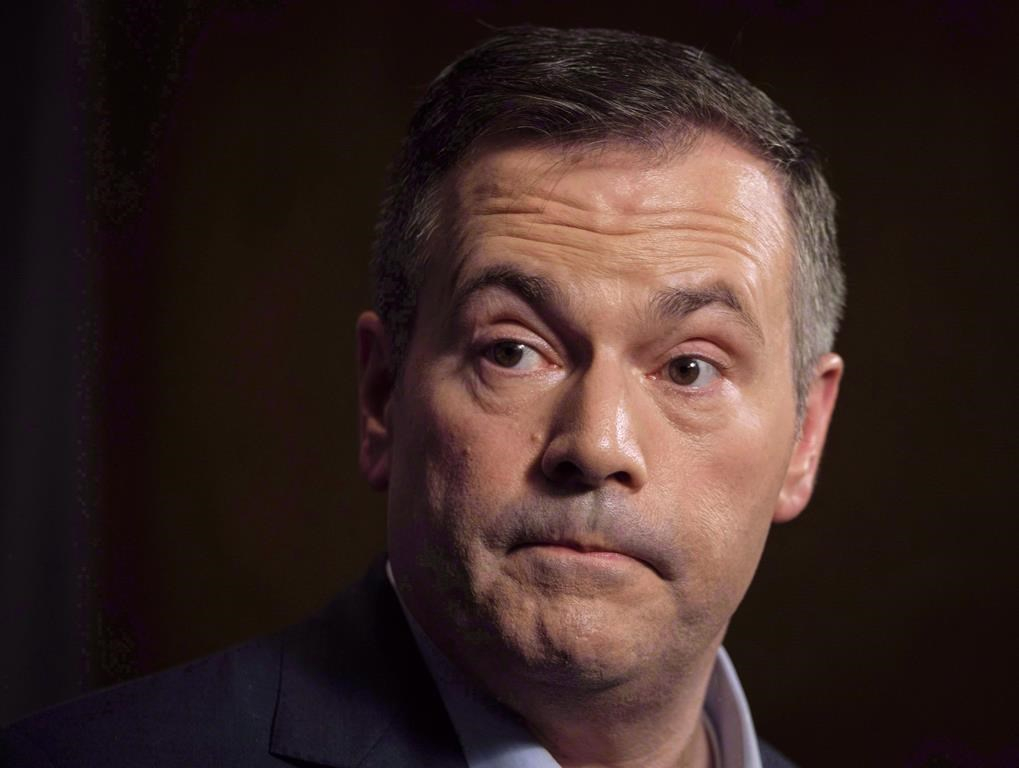 Jason Kenney speaks to the media at his first convention as leader of the United Conservative Party in Red Deer, Alta., on Sunday, May 6, 2018. File photo by The Canadian Press/Jeff McIntosh
Previous story
Next story

Alberta's United Conservatives say hateful views have no place in their party, after photos on social media appeared to show members of an anti-immigrant group at a constituency association pub night.

The photos posted to the Soldiers of Odin Edmonton Facebook page show people wearing hats and other clothing with "S.O.O." on them, posing with several candidates for the UCP nomination in Edmonton-West Henday.

Terry Howlett, president of the UCP Edmonton-West constituency association, says in a statement that the association was not immediately aware what the abbreviation stood for.

He says if he'd known who they were, he would have requested the pub's management have them removed.

UCP leader Jason Kenney tweeted that the party condemns any group that promotes racial prejudice, adding it's disturbing they would seek to tarnish the campaigns of Indigenous UCP candidates.

Leila Houle, who is seeking the UCP nomination in Edmonton-West Henday, says in a Facebook post that she's "beyond upset," calling Soldiers of Odin "a violent, racist organization."

"As an Indigenous woman, I condemn — in the strongest possible way — the SOO, and the violent, racist activity they have been attached to in Edmonton and across Canada," Houle said in the post Sunday.

"I have spent my entire life fighting prejudice and am painfully aware that this fight is an ongoing one.

"I absolutely reject the SOO and wish to move on from this disturbing event."

Soldiers of Odin is the name of a group founded in Finland in 2015, which has conducted street patrols it says protects residents from a perceived threat posed by migrants.

Canadian chapters of the group first made their presence known in the early part of 2016 by patrolling communities, claiming to protect Canadians from what they characterized as the threat of Islam.

Soldiers of Odin also appeared, along with a group called Worldwide Coalition Against Islam, at a protest at a central Alberta high school last year.

Nicole Williams, another candidate for the Edmonton-West Henday nomination who is Metis, says on Facebook that she would have asked the group to leave if she had known what "S.O.O." stood for.

"I know now, and I do not share the despicable views of this group," Williams wrote.

Alberta's governing New Democrats expressed skepticism about the UCP's response to the photos in a post on Twitter Sunday evening.

"There's a pattern of UCP attracting people with racist views. Now they say they 'unknowingly' posed for the photos with members of Soldiers of Odin," the party's tweet read.

"Was it the hats, vests or shirts they didn't know about when they put their arms around them?"