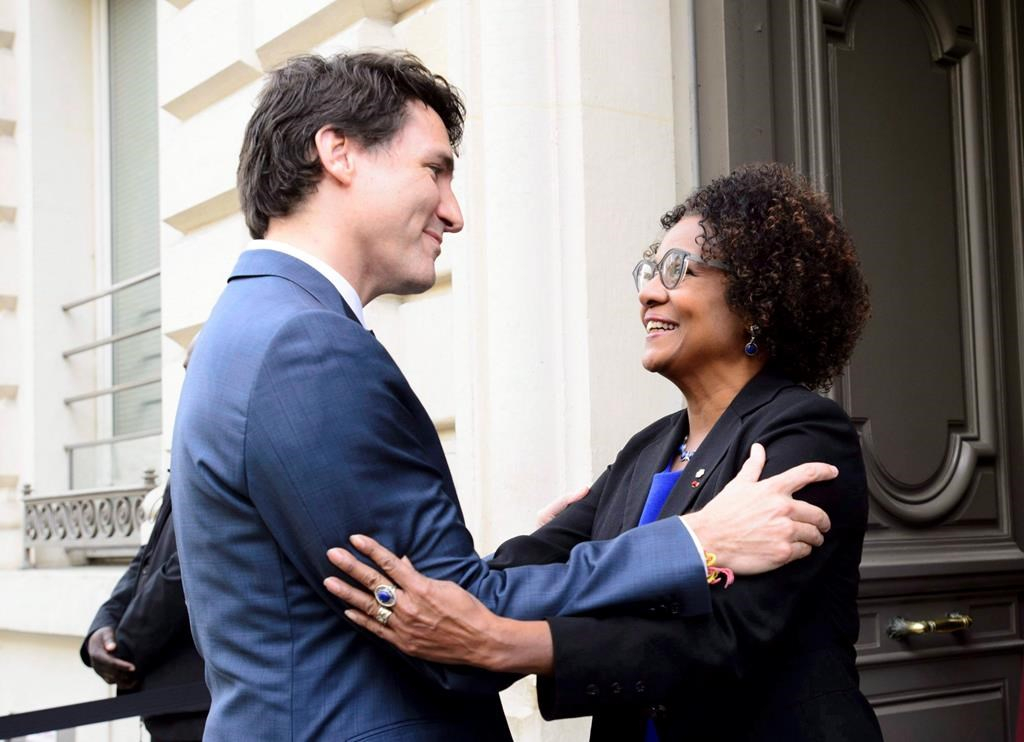 The Canadian and Quebec governments announced Tuesday they are pulling their support for former governor general Michaelle Jean to remain atop the international organization of French-speaking nations, backing instead the "consensus" candidate from Africa.

Jean — who has held the top position since 2014 — is up against Rwandan Foreign Affairs Minister Louise Mushikiwabo when members choose a new secretary general at la Francophonie's summit in Armenia on Oct. 11-12.

The ex-governor general was considered a long shot to keep her position after France and the African Union publicly backed Mushikiwabo.

Quebec premier-designate Francois Legault tweeted Tuesday that his government would not support Jean and would join what he called the "African consensus."

Hours before he was scheduled to board Prime Minister Justin Trudeau's plane for the summit, Legault released a written statement saying, "Africa has enormous potential, both for our economy and for the future of the French language. That is why I intend to support a candidacy from this continent."

Mushikiwabo reacted to Legault's statement by tweeting, "Quebec's support for the African candidacy is highly appreciated; it is the illustration of positive solidarity in the French-speaking world!"

A spokesman for the federal minister responsible for la Francophonie, Melanie Joly, said in an email Tuesday that Canada would also support the "consensus" candidate.

Canada is ready to "rally around the consensus, which is the way la Francophonie wants to go about it," wrote Jeremy Ghio.

Jean's spokesman, Bertin Leblanc, told The Canadian Press Tuesday there would be a reaction from Jean "no doubt calmly, tomorrow morning." On the weekend, he said Jean was not planning on dropping out of the race. "I'll confirm she'll be there until the end and probably beyond," Leblanc said at the time.

Jean has been dogged by accusations of excessive spending during her time as head of la Francophonie. Quebecor media outlets reported she spent $500,000 renovating her rented Paris residence, as well as $20,000 on a piano.