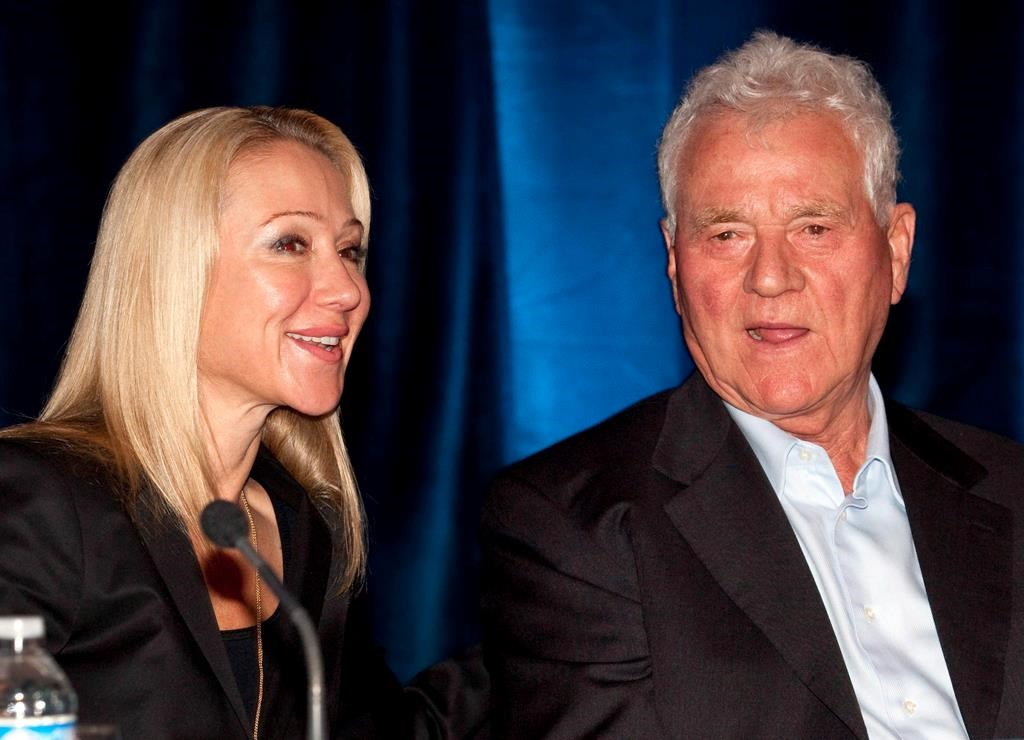 An Ontario business magnate is suing his daughter, two grandchildren and others for allegedly mismanaging the family's assets and trust funds.

Frank Stronach, the man who started the autoparts business Magna International, and his wife, Elfriede, have launched the lawsuit in Ontario Superior Court and said they have done so as a last resort.

Stronach said in a statement Wednesday that the couple has made "considerable efforts" over the last two years to resolve the matter.

Thoroughbred Daily News reports the couple have accused Belinda Stronach, the chairman and president of The Stronach Group that runs horse racetracks around the world, of conspiring by "unlawful actions" against the best interests of other members of the Stronach family.

The suit, which has not been proven in court, seeks more than $500 million in damages.

Belinda Stronach has denied the allegations.

"Family relationships within a business can be challenging," she said in a statement Wednesday night.

"My children and I love my father. However, his allegations are untrue and we will be responding formally to the statement of claim in the normal course of the court process."

A spokesman for The Stronach Group CEO Alon Ossip, who is also named in the suit, called the allegations "baseless and are not grounded in fact or reality."

"Alon has always honoured his obligations and acted in good faith to preserve and grow the Stronach family's assets and to protect the interests of all members of the family," Paul Deegan said in a statement.

By The Canadian Press in News, Politics | December 18th 2017