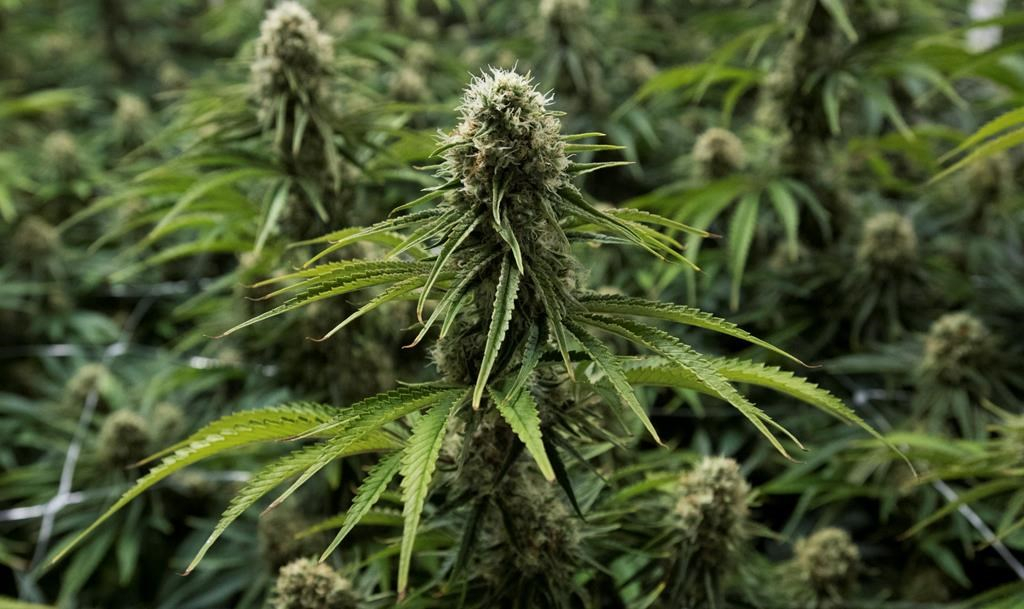 A flowering cannabis plant is seen in Langley, B.C. on Tuesday, Oct. 9, 2018. Photo by The Canadian Press/Jonathan Hayward
Previous story
Next story

The documents obtained by The Canadian Press under the access-to-information law show Labour Minister Patty Hajdu was given options to deal with cannabis impairment in the workplace in early June as officials ironed out the details of any new policy.

Among the issues being debated was a common definition of "safety sensitive" jobs, which determines which employees can be subjected to drug testing.

Federal departments were wrestling at the time with their own response to workers who may smoke or vape pot, but were also quietly told Hajdu was considering changes to the Canada Labour Code — including whether and how to allow for mandatory drug testing for employees.

That work is ongoing: Employment and Social Development Canada says federal departments and agencies are still swapping information with each other, along with provinces and territories "to better understand the potential impacts of cannabis legalization and regulation on workplace health."

Despite the chatter, officials said Wednesday that no new rules will be rolled out over the next week. Instead, companies are only being told to set up their own substance use policies that clearly lay out what is allowed and the consequences if someone is impaired.

"Federally regulated employers do not tolerate impairment on the job — that does not change on October 17th," Hajdu said in a statement.

She said her officials were going to work with employer and labour groups to better gauge the effects of cannabis legalization on workplace health and safety. The government will take "an evidence-based approach to prevent and respond to impairment in the workplace," she added.

There are currently no federal labour rules about drug and alcohol testing outside the military and successive governments from the late 1980s have stayed away from the issue.

A federally struck committee of companies and workers debated the idea for two years, but ended up being split between labour groups who argued the current labour rules were enough in the absence of any credible data, and employer groups who believed the status quo wasn't an option.

A Justice Department presentation to the committee noted that the Liberal government has approved saliva tests for roadside drug tests, which "could be considered sufficiently reliable for detecting drug use among employees." The test only proves the presence of THC, the main psychoactive ingredient in cannabis, "and does not prove impairment."

Federal officials briefing reporters Wednesday on a not-for-attribution basis wouldn't say what advice they have provided companies whose employees can be subjected to drug tests.

Derrick Hynes, president of FETCO, an association of federally-regulated employers, said his members want rules around drug testing for specific jobs where there is a risk to the public.

"We've never argued that the sky is falling," Hynes said. "What we're looking for here are preventative mechanisms that can change behaviour to ensure that those few instances where this might happen don't slip through the cracks."

The labour code applies to all federally regulated workplaces, which employ about one-tenth of all workers in the country. It requires companies to eliminate any hazards, while employees are expected to work safely. Labour groups say those rules should suffice unless there is ample evidence that workers are showing up high and creating a safety risk.

"Nobody has put forward evidence of any kind that we have a major crisis on our hands," said Hassan Yussuff, president of the Canadian Labour Congress.

"People are going to try it. We just have to make sure that doesn't affect them when they come to work."

The government is involved in a first-of-its-kind study in Canada to get a clearer picture of cannabis use in workplaces both before and after legalization. Early results from the survey of more than 2,000 workers should be available later this year.

"This is certainly something that is already happening in workplaces today and employers are already dealing with it," said lead researcher Nancy Carnide from the Institute for Work & Health.

"The more evidence we have to inform policies, practices, programs is so important, rather than knee-jerk responses."