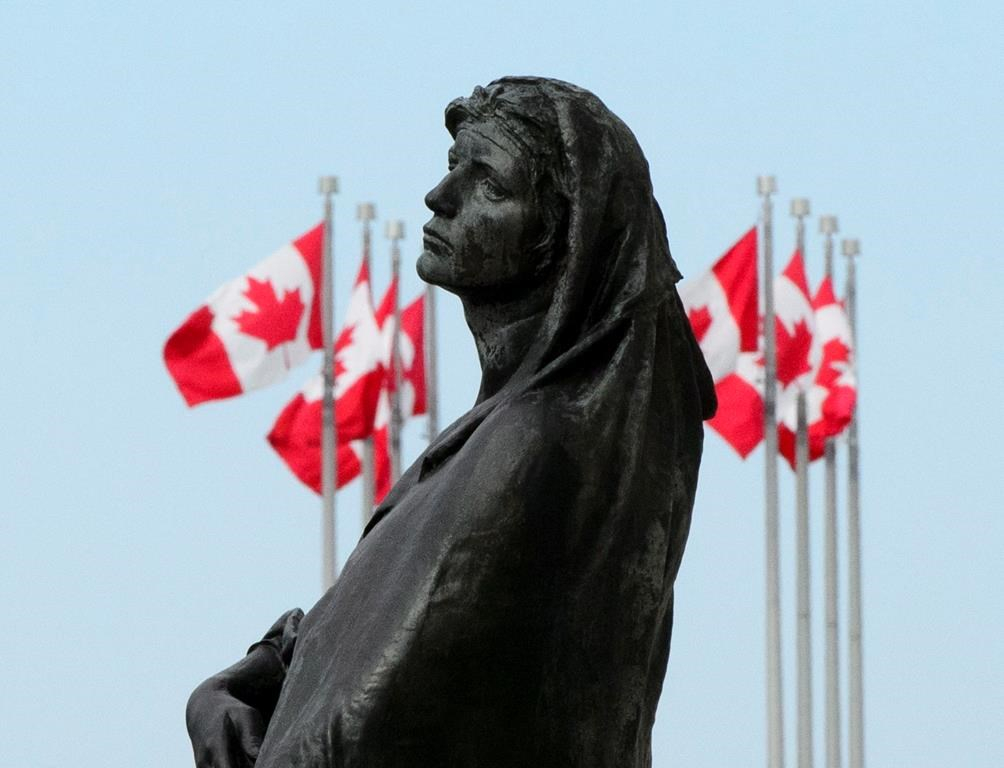 The statue of Veritas (Truth) is shown in front of the Supreme Court of Canada in Ottawa on Wednesday, May 23, 2018. File photo by The Canadian Press/Sean Kilpatrick
Previous story
Next story

Federal ministers drafting legislation do not have a duty to consult Indigenous groups, the Supreme Court of Canada ruled Thursday

In a decision involving an Alberta First Nation, a majority of the high court said law-making does not amount to Crown conduct that triggers the deeply entrenched duty to confer with Indigenous Peoples.

The First Nation that filed a lawsuit in 2013 said the decision allows governments to ignore Indigenous concerns when making laws that affect treaty rights.

"I would encourage the First Nations that (on) any legislation that impacts our rights, they send a letter to the governments saying, 'This legislation doesn't apply to us,'" said Steve Courtoreille, former chief of Alberta's Mikisew Cree First Nation.

"If you want to see a fight, then a fight will happen."

"While the court has been clear that the duty to consult is not triggered in the legislative process, it also makes clear that Indigenous rights must be respected, upheld and protected," she said in a release.

The Mikisew argued that the former Conservative government should have consulted them on changes to Canada's environmental protection and regulatory laws.

Seven Supreme Court judges concluded there was no such obligation, but they split into three groups in their reasons.

Writing on behalf of herself and two others, Justice Andromache Karakatsanis said ministers developing legislation are generally protected from oversight by the courts.

"Recognizing that a duty to consult applies during the law-making process may require courts to improperly trespass onto the legislature's domain," she wrote.

However, Karakatsanis emphasized that the finding does not absolve the Crown of its duty to act honourably toward Indigenous Peoples or limit the relevance of constitutional protections.

In addition, she suggested other remedies such as court action might be available to Indigenous groups once a law is passed.

Courtoreille said the Mikisew's action was intended to keep First Nations out of the courts and Thursday's ruling will force First Nations to deal with problems project by project.

"The biggest opportunity that's missed here is to use the duty to consult as a tool for actually getting First Nations to buy in to the processes that are being created. People feel more accepting of processes that they've been involved in designing," Janes said.

"Many First Nations feel that they're seeing a remote government in Ottawa that is making decisions after having a few town-hall meetings. It's just going to lead to the same problems we're having with current projects."

Courtoreille said the Mikisew will turn to international bodies such as the United Nations. He said the court's decision violates the UN Declaration of Rights of Indigenous Peoples, which Canada has signed.

"If you have no faith in the justice system in your country, you have to go somewhere. There's no hope for us here to have any fair deals. The big battle is coming and it is going to be huge."

The court's decision comes as the federal government debates legislation on reforming the National Energy Board. As well, it's beginning a second round of court-ordered consultations on the Trans Mountain oil pipeline expansion.

Without changes to how the rules are made, there is likely to be more conflict and frustration in the future, said Janes.

The Federal Court of Appeal quashed approval of the Trans Mountain project over what it deemed inadequate consultation with Indigenous groups and failure to properly assess the effect of increased tanker traffic in the waters off British Columbia. That consultation was conducted under the legislation that the Mikisew had challenged.

Their concerns were echoed by other Indigenous leaders.

In a release, the assembly's regional chief for Alberta, Marlene Poitras said: "My disappointment today is only surpassed by my deep frustration to see a missed opportunity for meaningful involvement of First Nations in the legislative process."

While it may be true that the

While it may be true that the courts sould not intrude on thelegislative process, the legislatures should alwyas be congnizant of the fact that legislation crafted without consultation of the peoples, groups, individuals affected will always be subject to the expense, confusion and time-wasting recourse to the courts after the fact.
Representative and Responsible Governments should always test the issues they propose to legislate - to avoid the public opprobium and embarrassment of egregious mistakes. Elections are lost on such carelessness.

I find this ruling an

I find this ruling an appalling lack of judgement on behalf of the supreme court. It is unforgivable that indigenous groups will not be consulted on anything until after laws are made. Any law that affects Canadian Indigenous rights, beliefs, customs and resource management, etc. should definitely include consultation with them.