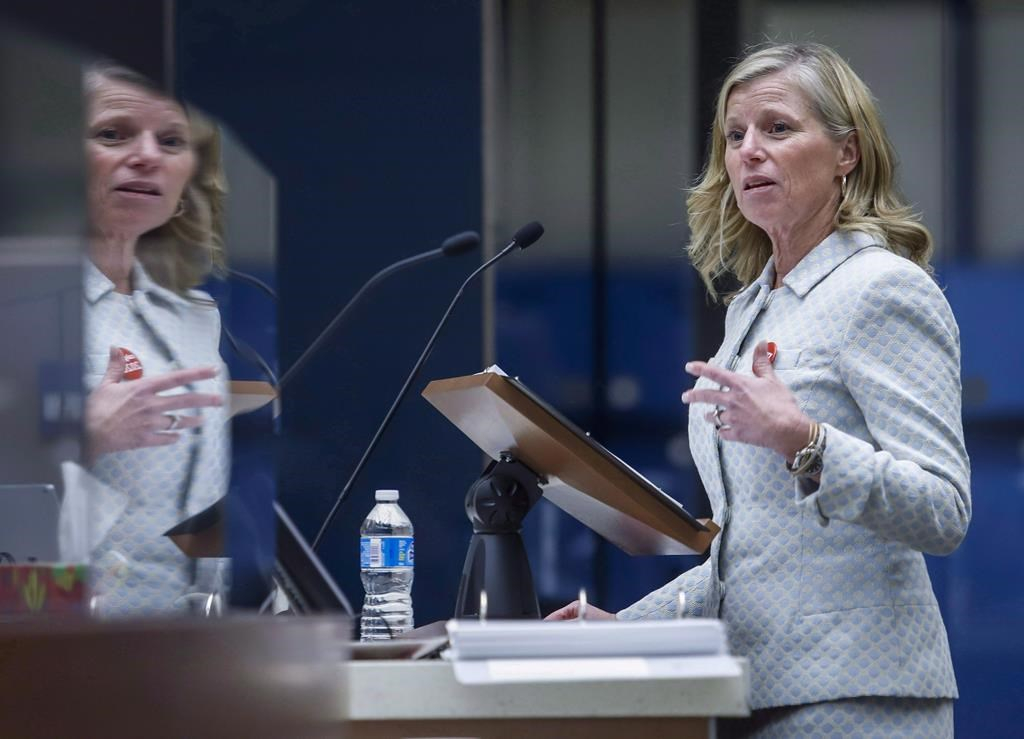 The Alberta government says it would contribute up to $700 million if Calgary were to hold the 2026 Winter Olympics, but how the remaining costs would be divvied up remains unknown with just a month to go before a plebiscite on whether to bid.

A draft plan for a potential bid pegs the total cost at $5.2 billion. It suggests the city, provincial and federal governments should contribute $3 billion of that. The remainder would come from Games revenue.

Finance Minister Joe Ceci said in a letter to Calgary Mayor Naheed Nenshi and federal Sport Minister Kirsty Duncan that there wouldn't be any cash beyond the $700 million.

"The government of Alberta will not be able to provide any additional funds that may be required, including those to cover revenue shortfalls or cost overruns," he wrote Friday.

"Moreover, we will not be providing any form of guarantee for additional costs arising from any source."

Ceci said the money is contingent on Calgary being awarded the Games and on the bid winning majority support in a Nov. 13 non-binding plebiscite. The province insisted Calgary hold the vote and contributed $2 million to the cost.

Another condition is that there would be increased transparency from bid organizers.

"We believe that is in the best interest of the bid and what Albertans want and expect of their governments," Ceci said at a news conference. "This is not an unsubstantial amount of money and Albertans should know where it goes and how it is dealt with."

Nenshi and Coun. Evan Woolley, chairman of the city's Olympic assessment committee, said they would review the offer to contribute.

"We're pleased that the province has come forward with their investment," they said in a statement. "We have to analyze this announcement, while continuing our conversations with the government of Canada.

"We imagine there will be more to say about the city and federal government contributions in the next few days."

Duncan has expressed enthusiasm for a bid, but Ottawa has not said exactly how much it would contribute.

Ceci said he's confident citizens will know before the plebiscite how the federal and municipal governments might split the remaining $2.3 billion.

"I, like Calgarians, want to know the full picture, and so I would be looking for information from the city of Calgary and the federal government with regard to what they're prepared to put into this and they'll have to do that on their schedule," he said.

Calgary 2026, the corporation leading bid efforts, has forecast $2.2 billion in direct private sector investment, a $2-billion boost to Alberta's GDP and $200 million in provincial and municipal tax revenue if the Games were to go ahead.

The plan calls for spending $400 million on two new venues — a fieldhouse and mid-sized arena — and $500 million to refurbish old ones that would be included in a bid, many of which date back to when Calgary held the 1988 Winter Games.

Calgary and a combined Italian bid of Milan-Cortina d'Ampezzo could be the only contenders for 2026. A coalition deal to run Stockholm's city government on Friday leaves the Swedish capital's potential bid in jeopardy.

The deadline to submit a 2026 bid to the International Olympic Committee is Jan. 11. The successful host city is to be announced in June.

By The Canadian Press in News, Politics | November 22nd 2017