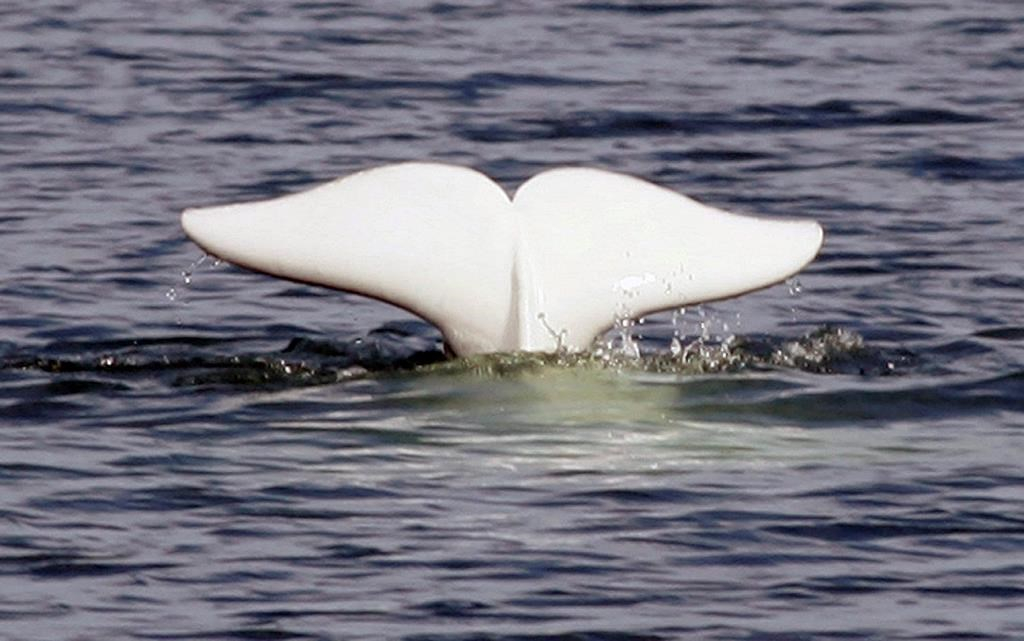 A beluga whale shows his tail in the St.Lawrence River near Tadoussac, Que., on Monday, July 24, 2006. File photo by The Canadian Press/Jacques Boissinot
Previous story
Next story

Endangered beluga whales in the St. Lawrence River already facing plenty of adversity now have an unlikely foe to contend with — the common house cat.

A new study suggests the belugas are being increasingly infected with a parasite known as toxoplasma gondii, transmitted through the feces of cats.

Stephane Lair, a professor of veterinary medicine at the Universite de Montreal and one of the study's authors, said of 34 beluga whale carcasses examined between 2009 and 2012, 44 per cent were found to be infected with the parasite.

"It doesn't mean they died of this parasite. It means there was a presence either in their heart or their brain," Lair said on Monday. "And we know that it's a parasite that can kill belugas, so its presence can have an impact on their lives."

Toxoplasmosis — the disease caused by the parasite — is increasingly prevalent in a wide range of marine mammals. It is spread by wild and domesticated cats, which contract it by eating rodents. In marine mammals, it may cause neurological problems and behavioural change.

"Marine animals in North America have been in contact with this parasite for thousands of years," Lair said. In 2014, the cat parasite was found in Arctic belugas, likely spread by wild cats such as lynx, bobcat and cougars.

"The big difference in the last few centuries is the introduction of domestic cats — a new definitive host for the parasite that probably has contributed to an increase in the amount of toxoplasma those mammals are exposed to," the veterinarian said.

Toxoplasmosis is associated with mortality in marine animals all over the world. Lair pointed to the example of the endangered monk seals of Hawaii, 11 of which have died from the disease since 2001.

In the past 30 years, seven St. Lawrence beluga deaths have been linked to the parasite. But there are other effects that need further study.

"In a lot of species, there's a big question about the sub-lethal effect of that parasite — it means that it might not necessarily kill the animal ... but when present, it can have a health impact that's not always detectable," Lair said.

At last count, about 900 belugas lived in the St. Lawrence estuary.

As for dealing with the problem, Lair said keeping domestic cats indoors prevents them from eating infected prey.

Also, ensuring cat feces is not flushed down the toilet would reduce parasite levels in the water.

"The parasite is quite resistant, it would survive all the different (sewage) treatments and end up in the estuary," Lair said.

The research was published in the journal Diseases of Aquatic Organisms last month.