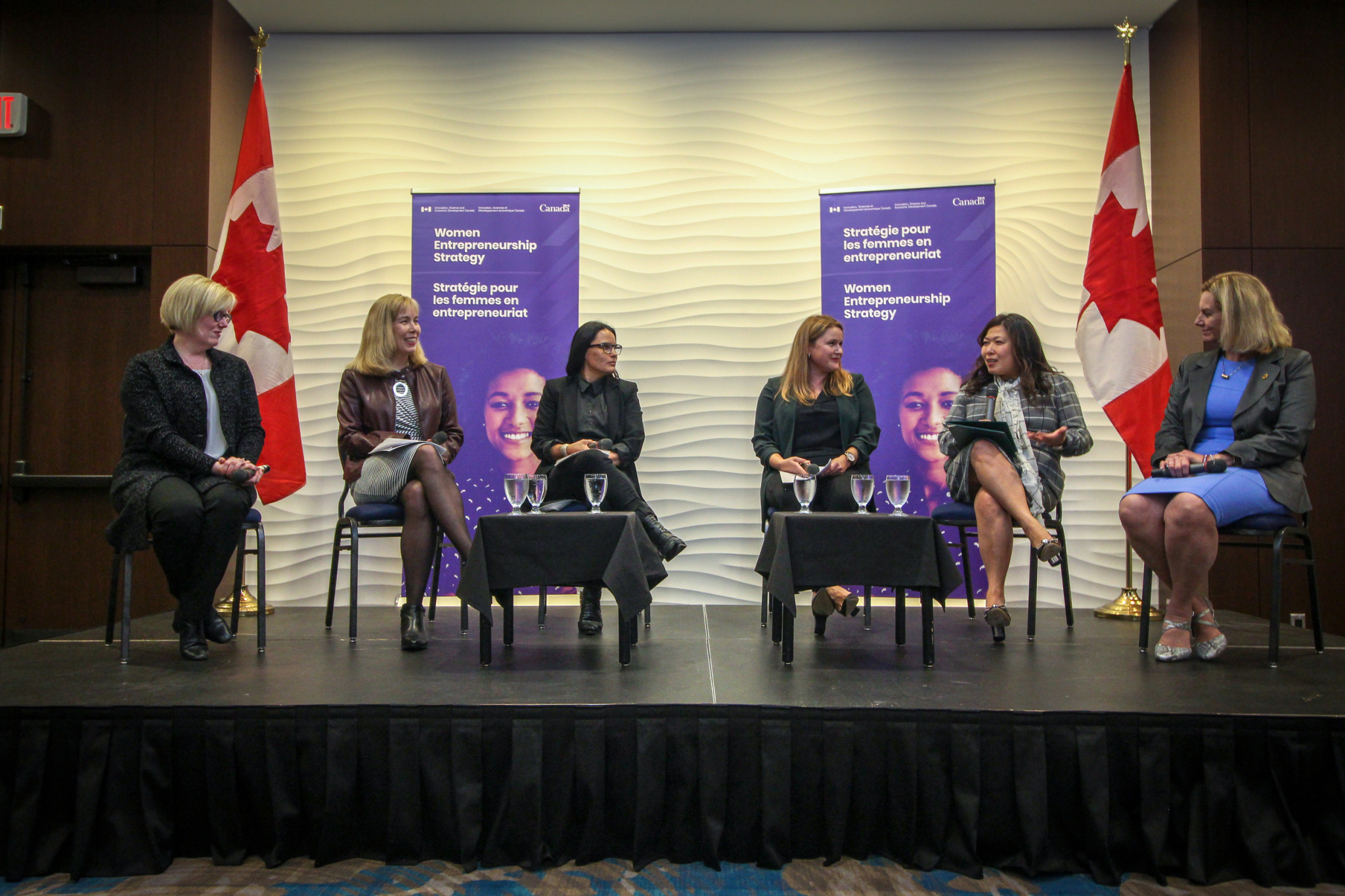 It's a good week to be a woman in business in Canada.

"This fund is going to provide successful applicants with up to $100,000 to help them grow their businesses and expand into new markets," the minister said to a packed room of mostly women in business. "The funding can be used to take your products and services to new or expanded markets, to make inroads into large supply chains, to upgrade your facility's equipment or invest in technology improvements."

Ng said her mandate is to double the amount of women-owned and women-led businesses in Canada by 2025. More information on the $85-million Ecosystem Fund and the $20-million Women Entrepreneurship fund can be found online.

Why does a government need to intervene on "something as reasonable as women's equal participation in the economy?" Minister Ng asked.

"Ninety-nine per cent of Canadian businesses are small and medium sized enterprises and of those, fewer than 16 per cent are majority-owned or run by women," she said. "Women make up 51 per cent of our population. Why is this happening? I think I know why, and I'll bet 88 cents on the dollar that you know why too."

Research shows that women in Canada still face unique and significant barriers when it comes to starting their own businesses. Women in Canada earn 88 cents to the one dollar that men earn, and are are less likely to receive financing. They also continue to spend more time than men on unpaid domestic work and childcare.

These statistics increase for Indigenous women and women of colour, who face unique structural barriers to accessing financial, social and political equity.

Fraser, the CEO of Raven Institute and owner and operator of IskwewAIR, told National Observer she attended Friday morning’s networking event and announcement because she believes that work needs to be done towards creating the conditions that allow women in business, and especially Indigenous women in business, to thrive.

"If I’ve got the numbers right, women make 80 per cent of purchasing decisions and access four per cent of capital in Canada, and we need to change that," Fraser told National Observer before Ng announced the new $20-million funding initiative.

"It’s encouraging to see support for women entrepreneurs. Everyone will do better when we have women leading," Fraser said. "I think the world needs to do things differently in general. Women bring a unique important leadership style."

Kiana Alexander, the director of emerging leader programming for the Raven Institute, agreed.

"I hope the announcement helps support any young woman to follow their dreams," she said. "We would have a very different country if a lot of young women followed their dreams."

Carol Anne Hilton, CEO and founder of the Indigenomics Institute, advisor on the Emerging Economy Taskforce of B.C., as well as a senior advisor on the Canadian Economic Growth Council, called the investment a part of a "new reality" in Canada.

"It's a new understanding of the connection between the success of women and the success of the Canadian economy and our business environment as a whole," Hilton told National Observer. "Women bring a different perspective, a different way of doing things, a focus on human experience, on relationship, and this has all been a missing part of the equation, by absence of focus or attention."

Supporting Indigenous women entrepreneurs is essential for families and communities, Hilton said, adding that the first job she ever worked was for her aunt, who was also an entrepreneur.

"Now that I think of it, I was influenced by her as a business person," Hilton said. "I see entrepreneurship as key to alleviating poverty for First Nations."