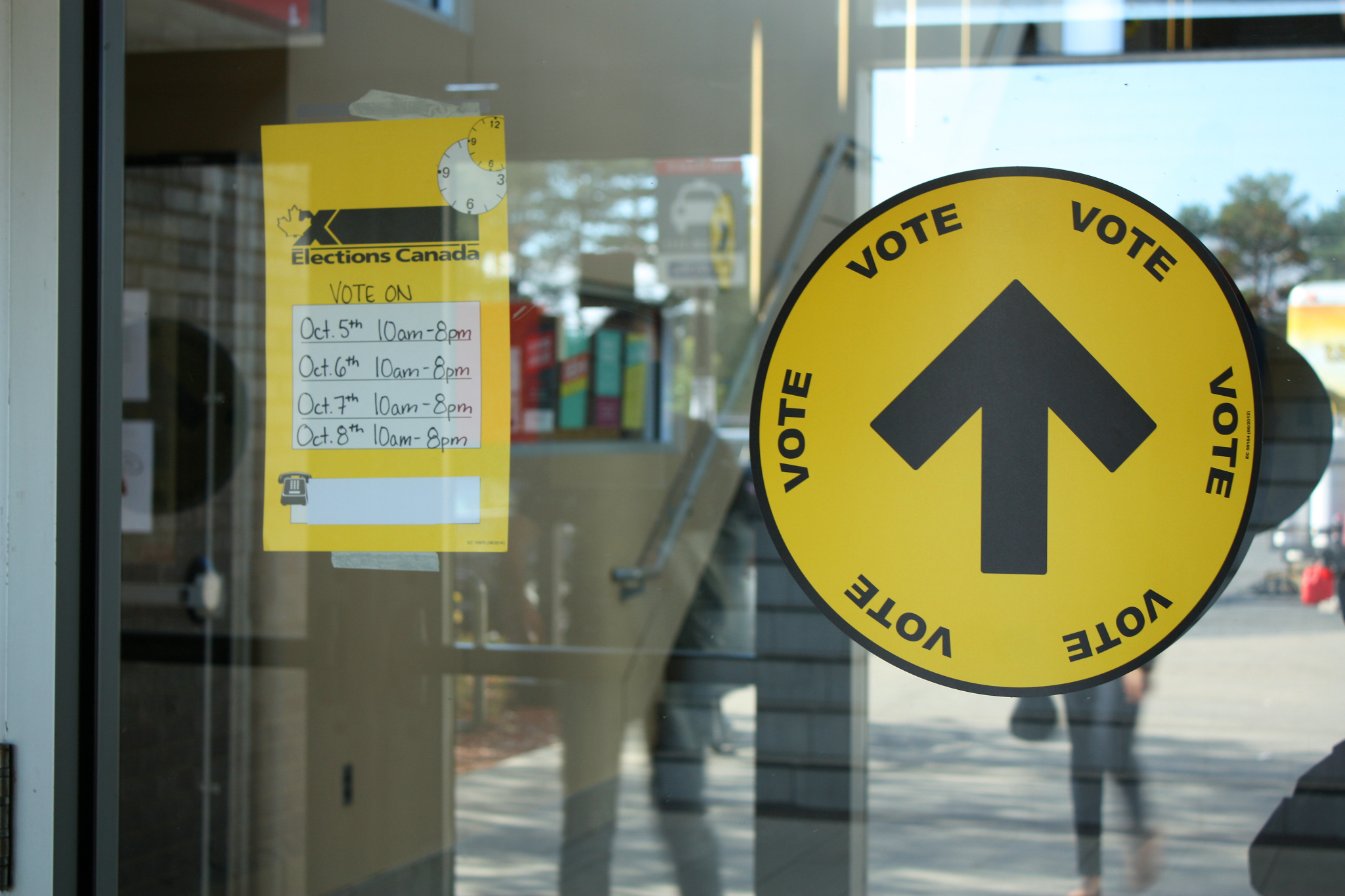 Canada's election watchdog is closing the book on an investigation into foreign interference and improper spending in the 2015 election, after finding no evidence that advocacy group Leadnow broke any rules.

The group publicly backed a range of candidates in the 2015 election to defeat the incumbent Conservative government of former prime minister Stephen Harper. It engaged thousands of volunteers in order to reach hundreds of thousands of voters.

Leadnow describes itself as an advocacy group that promotes a "just, sustainable and equitable Canada, built and defended through the democratic power of an engaged public."

More recently, hundreds of volunteers across Ontario tried to rally people this spring to defeat Progressive Conservative Premier Doug Ford, but they failed in their efforts.

In 2015, it became the subject of several complaints to the Office of the Commissioner of Canada Elections — the first of which were levied in September 2015 before election day — accusing it of using foreign funds for advertising and to free up cash flow, colluding with third parties and political entities, and failure to report expenses.

In a letter dated July 27, director of investigations Mylène Gigou informed the group that, aside from inadvertent “minor errors” in reporting some expenses, “no evidence was uncovered” to give the commissioner reasonable grounds to believe that the elections act was breached for any of those allegations.

"As there is no further action to be taken by our office with respect to the allegations raised concerning Leadnow, we will be closing our file," Gigou wrote.

The organization said it received the letter in July but didn’t make an announcement until today, because it waited until it learned that the commissioner’s office had informed the complainants.

The process to review the complaints became a three-year ordeal for the organization that sapped its resources and hung over staff’s head, said Leadnow’s executive director Lyndsay Poaps in an interview. She described receiving the decision as a “flood of relief.”

“They confirmed that all the accusations against us had no merit. Obviously, we knew this all along, but the nature of this kind of review meant that we spent the time proving it," Leadnow executive director Lyndsay Poaps told @ottawacarl #cdnpoli

“For the organization, frankly, it relieves a huge amount of strain, pressure, and resources, and frees them up for us to get back to doing our work,” she said.

“They confirmed that all the accusations against us had no merit. Obviously, we knew this all along, but the nature of this kind of review meant that we spent the time proving it.”

The commissioner’s office said it reviewed “a large volume of documentation and some 55 interviews with individuals on all sides of the issues.”

“Our review determined that Leadnow was aware of the rules around foreign contributions and acted diligently to maintain proper records on, and account for, the source of funds used to pay for election advertising,” Gigou wrote.

Leadnow makes last push for anti-Ford voters to show up

So not illegal, and I've

So not illegal, and I've probably given them a few bucks and signed a few petitions over the years, but I'm going to rethink this. What is the point of supporting non-party activists? Is activism not detrimental in some ways to democracy?

I am struggling to understand

I am struggling to understand your point of view. Political parties are not an inherent part of our democratic system, so given the major political parties huge "war chests" to promote their views and themselves, how can non-party activists [sic] be any more detrimental to democracy? It seems to me that such a prohibition would further force politicians to toe the party line and therefore reduce democracy (they are supposed to represent the views of the people who elected them, not of the party). Please elaborate on your perspective.

We can expect more dirty

We can expect more dirty tricks like this from opponents of civil society going forward. I am happy that the Commissioner's office has regained some of the independence it had lost by being placed under the Dept. of Justice, but going further, it also needs to take into account that false accusations like this can impose an undue burden on organizations like Leadnow, and need to be treated accordingly.

Anyone know if Elections

Anyone know if Elections Canada has the power to award costs in cases of frivolous charges?
(Note that not all cases where guilt is not proven are frivolous.)

I, too, support the activist

I, too, support the activist role that Leadnow has played in Canada. I wondered where they were during the recent election in Ontario. The complainant's suit, now dropped for lack of evidence, is very much like the infamous SLAPP suit tactic used to shut out public participation in other issues.

Congratulations, although there should be a much higher standard of proof before putting anyone through a 3 year ordeal. I hope there is a mechanism to award costs to Leadnow. And thanks for researching, organizing and publicizing the issues that affect us all. Each of us simply doesn’t have time, so your work is critical.

Some might consider this a Pyrrhic victory for Leadnow, considering the crippling effect that it has had on their activism. The truth is that almost all activist organizations fighting against entrenched political and economic behemoths are labouring under vexatious and expensive lawsuits launched by the usual suspects purely as disruptive tactics trying to bury them.
Regrettably, our legal and democratic system permits this kind of behaviour and it matters not to the plaintiffs whether or not they win - their objective is to blunt and discount the attacks on their operations - a neccessary price for "business as usual" Monsanto and its ilk have lawsuits spread around the globe trying to preserve their lethal products. Some entities, like hydra, are too big and rich to fail - more's the pity.

Organizations like Leadnow and SumofUs are sometimes the only way to counter the enormous power of corporate lobbyists, especially since the corporate media does such a bad job of reporting what is really going on, i.e. the wholesale saddling the public with cleanup costs for environmentally disastrous timebombs like orphaned oil and gas wells.

So who were the complainants?

So who were the complainants? It seems to me the public has the right to know that......since a three year investigation was in all likelihood paid for with our tax money. If, on the other hand, complainants get to remain anonymous, and there are no penalties for frivolous complaints that harass an activist organization for three years...........why don't some of us get together and issue complaints against astro turf outfits like the Canadian Taxpayer's Federation?|???

From what I hear, that outfit is an office with a handful of people in it...in Calgary....but our MSM quote from them as if they actually are a national organization. Who funds those sorts of on paper only scams...and where do we go to complain about the degree of access such paper tigers have to the media? They too may be breaking foreign funding rules...and for sure, they are misrepresenting themselves to the public.

Targeting groups like Leadnow and Dogwood, which work tirelessly to get people out to vote, and tying them up in frivolous suits and investigations, is a way of suppressing the vote.