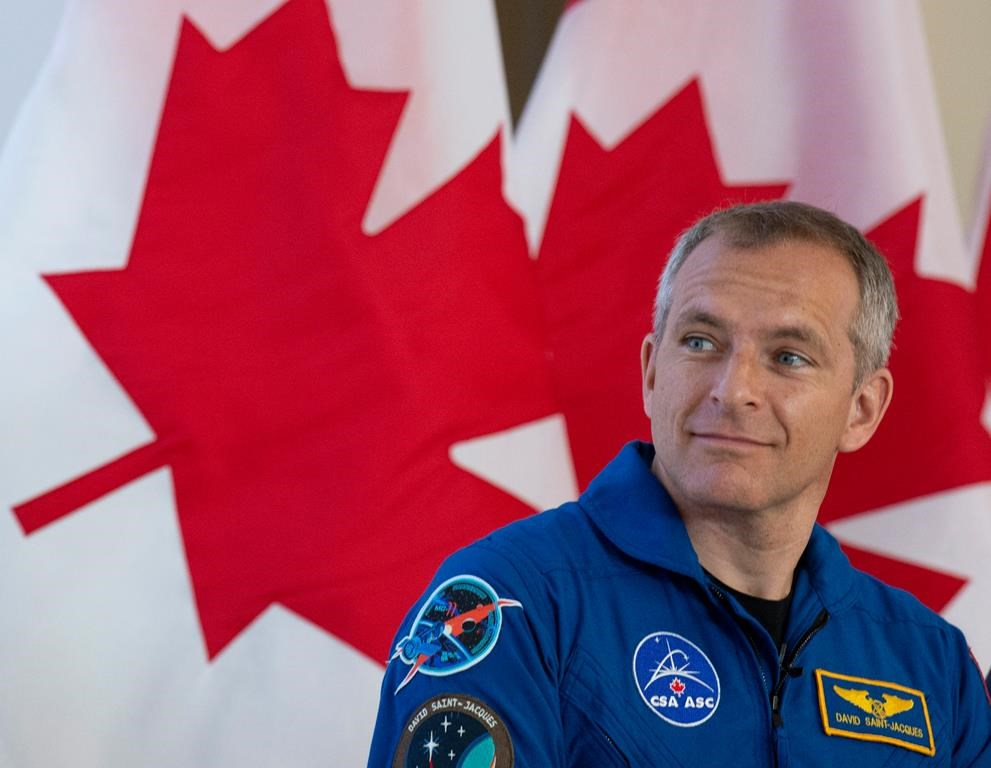 Canadian astronaut David Saint-Jacques watches a video during a presentation to students at an event, on Wednesday, October 24, 2018 in Ottawa. Photo by The Canadian Press/Adrian Wyld
Previous story

A recent mishap aboard a Soyuz capsule en route to the International Space Station has done nothing to unnerve Canadian astronaut David Saint-Jacques about his own upcoming mission.

"It's a dangerous job. We expect that there's a risk. We expect that not every launch is going to be perfect," Saint-Jacques told The Canadian Press in an interview from Ottawa.

"What matters is to have trust that there is a way out, that there is an escape system that works well, that search-and-rescue efforts are on the ball."

Saint-Jacques, 48, said those contingencies were on display Oct. 11 when a rocket failure forced a Soyuz capsule with two astronauts on board to abort and make an emergency landing.

Russia has suspended all manned space launches pending an investigation, the results of which will give Saint-Jacques a better idea of when his own launch will take place.

The Canadian was slated to fly to the International Space Station Dec. 20 on a six-month mission — his first space voyage.

But the exact date is now uncertain and likely to change.

"Once they finish their work, we'll know whether the launch will happen on time, later or maybe even ahead of time," Saint-Jacques said. "We don't know. We're getting ready for every option, (and) I'll be ready whatever happens."

Saint-Jacques was part of the backup crew for the failed Oct. 11 space flight and was on site in Kazakhstan when fellow astronauts aboard the craft — NASA astronaut Nick Hague and Alexei Ovchinin of Roscosmos — plummeted 50 kilometres to earth.

Parachutes deployed, and neither man was injured, but Hague told the Associated Press it was the closest call of his career.

"The first thing going through my mind was are my friends OK?," said Saint-Jacques, who was following the launch from the ground. "Are Nick and Alexei safe? We very quickly realized that, yes, they were."

He has since dined with the pair, and he describe them as disappointed but in good spirits and ready to fly again.

Saint-Jacques said the key now is figuring out the source of the problem and fixing it.

It was the first aborted launch for the Russians in 35 years and their third ever. Like each one before, the rocket's safety system kept the crew alive.

"We need to make sure we maintain confidence in the Soyuz system, which we do," Saint-Jacques said.

As for Saint-Jacques, he has wrapped up NASA training in Texas and was briefly in Canada this week before returning to Russia to complete his Soyuz training.

The current situation could hamper his planned medical research if there is a reduced crew aboard the space station.

"The main impact going from a standard crew of six to a standard crew of three for a long time, we can't afford to do as many science experiments as we would like to," Saint-Jacques said, adding that maintenance and repairs to keep the station functional would be the priority.

Gilles Leclerc, director-general of space exploration at the Canadian Space Agency, said in a recent interview the agency should have a better idea about the timing of Saint-Jacques' trip by the end of the week.

One thing is certain: Saint-Jacques will fly on the next Soyuz that is ruled safe for flight to the space station.

Leclerc noted that Saint-Jacques is a medical doctor who is fully certified for robotics and spacewalks. "So the good story there is that you could have a Canadian helping to maintain and save the space station," he said.

— with files from Peter Rakobowchuk and The Associated Press