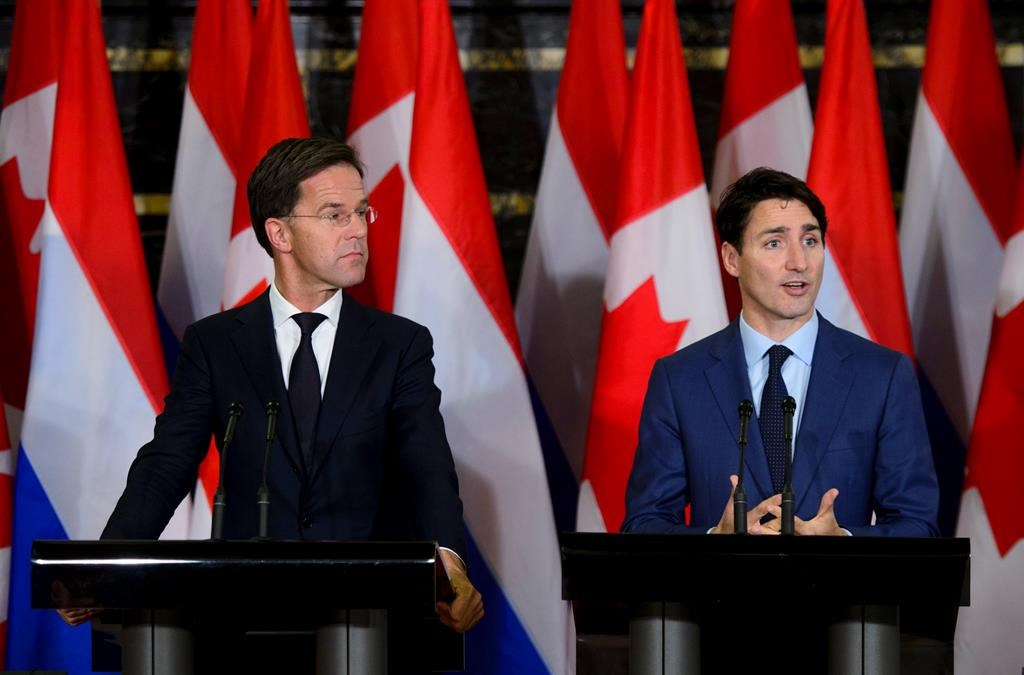 A bill to enact a new trade pact with Pacific Rim countries has passed the legislative finish line, making Canada one of the first countries to ratify the 11-country deal.

Approving the agreement, known as the Comprehensive and Progressive Agreement for Trans-Pacific Partnership, or CPTPP, was the first order of business last month when parliamentarians returned to Ottawa from their summer recess.

Ratification of the deal happened in the shadow of a meeting the Liberals called on the future of the World Trade Organization, and a visit of Dutch Prime Minister Mark Rutte where he and Prime Minister Justin Trudeau touted the virtues of free trade.

The massive trade pact comes into force once six of the members ratify the deal.

Observers say that being in the first six should give Canada an economic head start on carving out market share ahead of the remaining five countries who were in the agreement.

The deal was salvaged after President Donald Trump pulled the United States out after he was sworn into the Oval Office last January.

Canada was able to win exemptions on digital content, but the government has faced heavy criticism from Canadian auto workers and manufacturers for signing side deals with Japan, Australia and Malaysia on automobiles.

A Senate committee that studied the legislation said in its report released Thursday that the government needed to ensure domestic companies "maximize the benefits" of the agreement.

The Liberals must also lay out ways to offset the "potentially adverse impacts" of the trade deal, including helping workers and companies hit hard by the new competition from around and across the Pacific, the committee said.

And the committee had a key point for the government that may serve as a warning for parliamentary review of the new North American free trade deal, known as the U.S.-Mexico-Canada Agreement.

"The committee understands the importance for Canada to be one of the first six ratifying countries of the CPTPP. Nevertheless, it reiterates that parliamentarians require sufficient time to study comprehensive, complex and technical (free trade agreements) implementing legislation."

No special treatment for U.S. if it wants to rejoin TPP: official