'You can’t trust the Saudis when it comes to human rights’: Daniel Turp 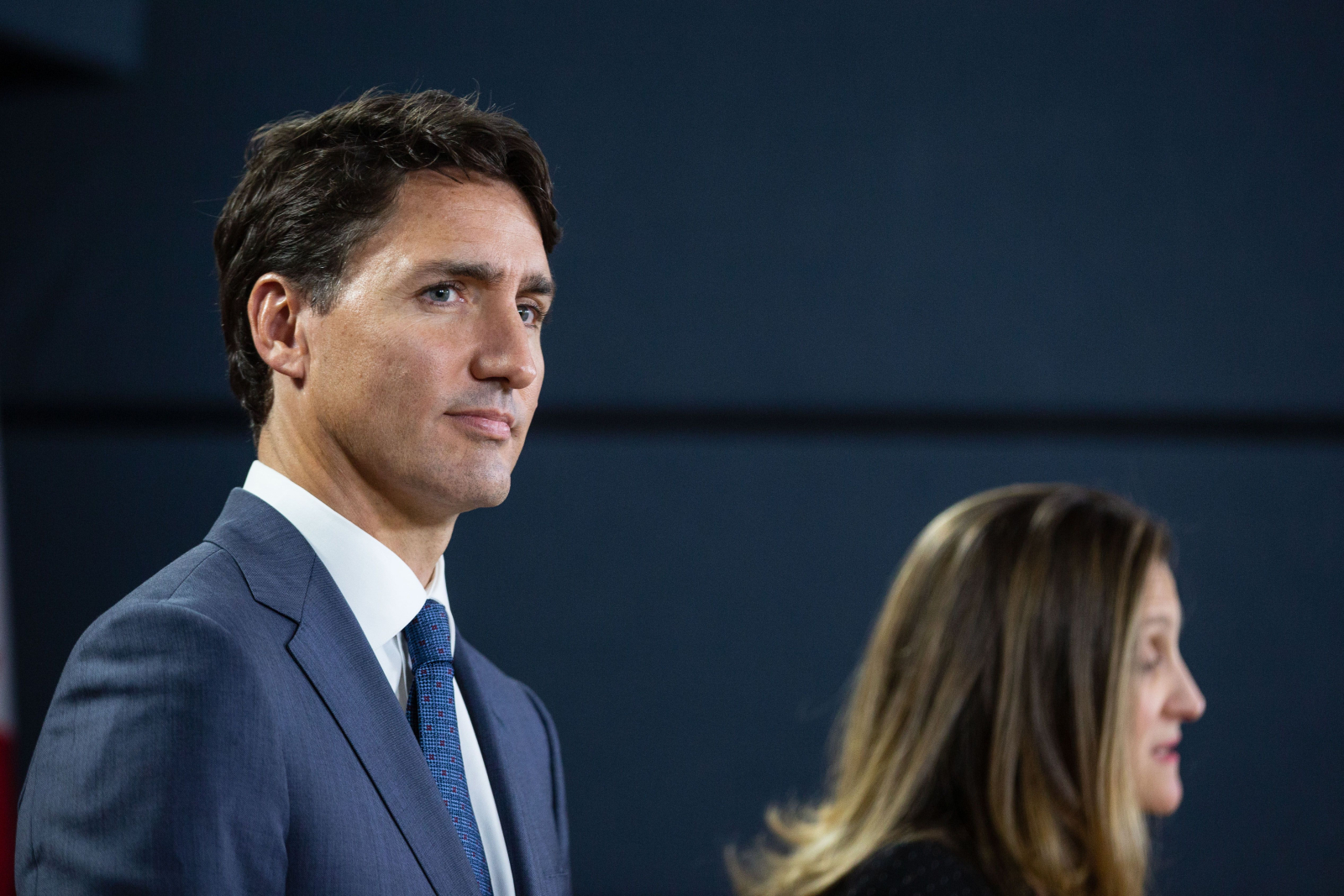 Many concerned Canadians, appalled by the gruesome death of journalist Jamal Khashoggi, want to see the Trudeau government act on the latest findings. They are also stirred by renewed attention on Saudi Arabia’s abysmal human rights record and complicity in genocide in Yemen. They expect consequences. Some of the loudest voices have come from Quebec and few have been as vocal as Daniel Turp.

The Université de Montréal law professor has been waging a legal battle against the federal government for years now to suspend export permits and stop the sale of $15 billion worth of LAV-25 armoured vehicles to Saudi Arabia. Last year, the Federal Court rejected Turp's bid, but these latest developments have only renewed his legal efforts.

“There is simply too much evidence pointing to severe human rights abuses to justify selling arms to Saudi Arabia,” says Turp. “Canada’s next move should be to cancel this contract, find a solution for the people here [in manufacturing plants] who may lose their jobs, and stop invoking financial reasons for not doing so.”

With Germany taking concrete action to freeze further arms exports, the Canadian government faces increasing public pressure to cut ties with the Saudis and reconsider the LAV contract. While it is unclear whether Germany will also block sales that have already been approved, Prime Minister Justin Trudeau has said the Canadian government is considering cancelling the LAV contract despite significant financial penalties and is looking at export permit suspensions. The contract signed by the previous Conservative government is confidential, Trudeau says, but cancellation could cost billions.

“The Khashoggi case has shown us that the story of one individual has more power than the story of thousands of Yemenis currently dying as a result of the war in Yemen,” she says. “Consider other crimes committed by Saudi Arabia which Canada and many other countries have failed to respond to: the imprisonment of dissidents such as Raif Badawi and women who just want to drive and exercise their basic human rights, the war in Yemen and the targeting of civilians, the blockade of Qatar to try and topple the regime, the violent intervention in Bahrain to crush a popular uprising even though Bahrain is a sovereign nation, the abduction of the Lebanese PM to force him to change his politics, or Saudi Arabia’s role in the war in Syria.”

While Lamensch does not believe that the United States and the United Kingdom will ever stop their lucrative arms exports to Saudi Arabia, she feels that for Canada, France or Italy to do so would be meaningful. Lamensch specializes in complex political emergencies and post-conflict reconciliation and has volunteered in Rwanda and Ghana. She believes that walking away from this troublesome relationship could be a good political move for Trudeau.

“Many Canadians were already against the delivery of weapons and vehicles, and many are tired of the hypocrisy,” she says. “The NDP has been calling for it for years. While foreign policy plays little role in the national elections, I think it would nonetheless be a plus point for the prime minister. The elections are only one year away, and the government has yet to make any credible and concrete foreign policy decision. I think the failure of the government to send out a clear message now would send a message to Canadians and the world that Canada isn’t, in fact, that much of a human rights leader. Trudeau’s foreign policy balance sheet is quite poor. It’s a lot about words and little about action. It’s time for him to send a strong message through action, not just words.”

The hypocrisy and cognitive dissonance required to say one thing while doing another is what also aggravates Turp the most.

“I despise the hypocrisy of Western countries,” the law professor says. “When it comes to the arms trade, they look away from human rights abuses. When videos and photos surfaced of the Saudi military using Canadian-made armoured trucks against their own population, Foreign Affairs Minister Chrystia Freeland issued an inquiry into it, but found ‘no hard evidence’ and subsequently didn’t do anything about it.”

What also troubles and offends Turp is the extreme secrecy about the contract. Signed by Harper’s Conservative government in 2014, its terms have remained largely unknown, with few details, including the cancellation penalty, available to taxpayers. Trudeau has called it an “extremely difficult contract” because it included a requirement for “total confidentiality.”

“My law students and I tried to get more details about the contract by making a request under the Access to Information Act,” saysTurp, “but we were repeatedly denied. When I recently heard Prime Minister Trudeau say on Quebec talk show Tout le Monde en Parle that his government has been transparent about this, I was shocked.”

For her part, Lamensch believes that Canadians should be aware that crimes committed in Saudi Arabia can affect our daily lives.

“First, Raif Badawi’s wife and children live here in Quebec,” she says. “Second, by sending weapons such as vehicles to Saudi Arabia, Canada is fueling the war in Yemen. Do we really want our taxpayer money to contribute to this? And don’t tell me that halting the shipment of these weapons is going to have that large of an impact on the Canadian economy. Third, the war in Yemen and in Syria, in which Saudi Arabia plays a role, has created a refugee crisis around the world that is having national repercussions. We have seen a rise of populism because people are scared of immigrants from the Middle East. Fourth, the killing of so-called dissidents. We have many Saudi citizens here in Canada who have criticized their governments. Do we want them at risk of being killed here in Canada, like Omar Abdulaziz? Fifth, the killing of journalist and bloggers. If we care about free media and freedom of speech, we should be aware of what’s happening to journalists around the world and the fact that they are being targeted more and more by governments. Not raising a voice gives dictators a green light to kill them. I don’t think any Canadian wants to see journalists being silenced.”

While Federal NDP Leader Jagmeet Singh has called for cancellation of the contract, the Liberals are still mulling over what to do. Transport Minister Marc Garneau recently stated that the government has frozen export permits in the past over human rights concerns and that “we will not hesitate to do so again.” Conservative Leader Andrew Scheer has so far evaded the question.

Conservative justice critic Tony Clement and some other critics advocate use of the Sergei Magnitsky law, which gives the government the authority to freeze Canadian assets of foreign individuals who are found to have violated human rights. Turp doesn’t see that as the only solution.

“I think it would be an interesting precedent and Canada should not hesitate to implement it, but it’s a good idea in addition to everything else, he says. “It should not distract from the main goal, which is to cancel the contract.”