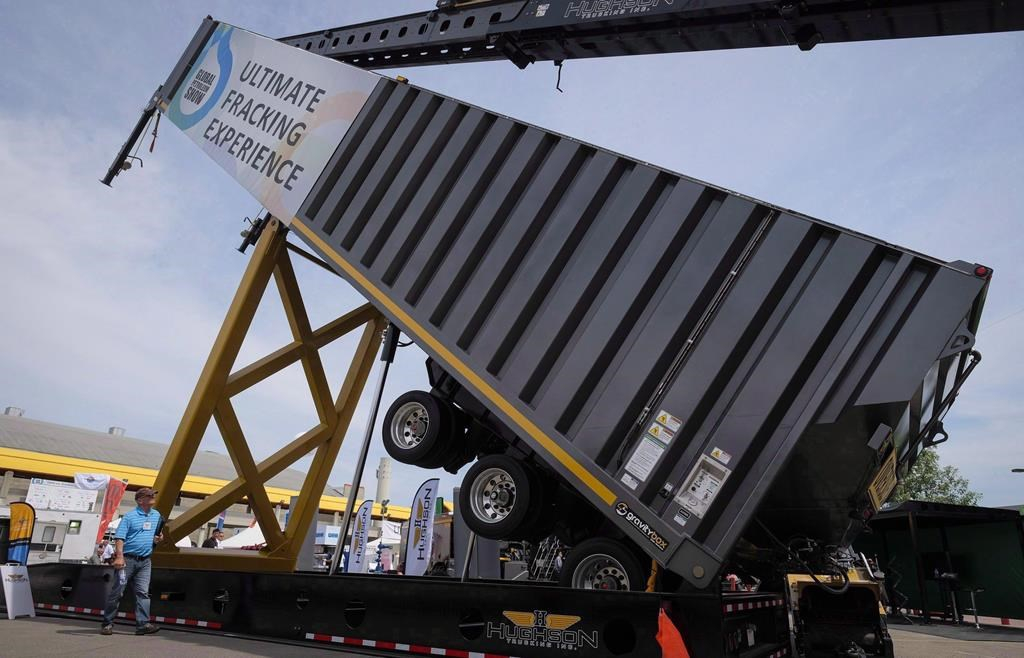 New research is digging in to why fracking causes earthquakes in some areas but not in others.

A paper published Monday in Geophysical Research Letters suggests the likelihood of an artificial earthquake is heavily influenced by how stable the ground was before the energy industry showed up.

"Some places appear to be particularly responsive to (artificially-)occurring earthquakes while other places aren't," said Honn Kao, a seismologist with the Geological Survey of Canada and lead author.

Scientists have known for some time that injecting fluids to dispose of wastewater or to free underground reserves of oil and gas can cause earthquakes.

Regulatory records show there have been hundreds of seismic events since 2015 in a heavily fracked area of northwestern Alberta. Those earthquakes around the Fox Creek area have registered as high as 4.5 on the Richter scale — strong enough to rattle dishes and pictures.

Alberta's energy regulator has tightened restrictions on fracking in the area.

Meanwhile, other regions see thousands of wells fracked while the earth remains still.

While the link between fracking and earthquakes is well-established, precisely how that link works remains mysterious. Other studies have asked if it's related to local geology or particular fracking practices, but Kao said he's found a much more important contributor.

"The background tectonic loading rate appear to be one of the predominant factors that control the region's response to injection-induced earthquakes," he said.

In other words, the deep, underground shifting of Earth's rocky tectonic plates create zones where tension is concentrated and stored like a coiled spring, called tectonic deformation. The sudden shattering of rock through fracking or the injection of high-pressure wastewater releases that pent-up energy in the form of an earthquake.

The finding could help explain why western Alberta and northeast B.C. have a high rate of fracking-induced earthquakes and places such as Saskatchewan, which has thousands of fracked wells, doesn't.

Of all the fracking-induced earthquakes he and his colleagues studied, 98 per cent occurred in a 150-kilometre band down the Rockies where the subsurface rocks are naturally stressed.

Those stresses aren't the only way earthquakes are caused. Artificial temblors are common in Oklahoma, which has little of the underground tension found in Alberta.

But there, Kao said, fluid injection may be big enough to cause problems on its own. Injection rates are 100 times higher there than in Canada, he said.

"It's more of a competition of all these different factors."

The work has implications on how fracking should be regulated, Kao said. Regulations may need to be different in different regions, based on the tectonic tension deep underground.

Kao said, in theory, those smaller artificial quakes might be a good thing. They may be relieving tension that would otherwise build up to a larger, more dangerous event.

"We are reducing the occurrence of the future big earthquake," he said. "Theoretically."

I'm blown away by peoplekind

I'm blown away by peoplekind's disregard for obvious assaults on our planet in the name of, "We can't leave it in the ground." Justin Trudeau. At one time most of us would have said, What in the hell are we doing knowingly continuing a process that Mother Nature has told us in no uncertain terms is very simply wrong?....and causing irreparable damage to our environment. And when those perpetrating the damage are finished in a given area and move on....what are we left with? Disgusting.