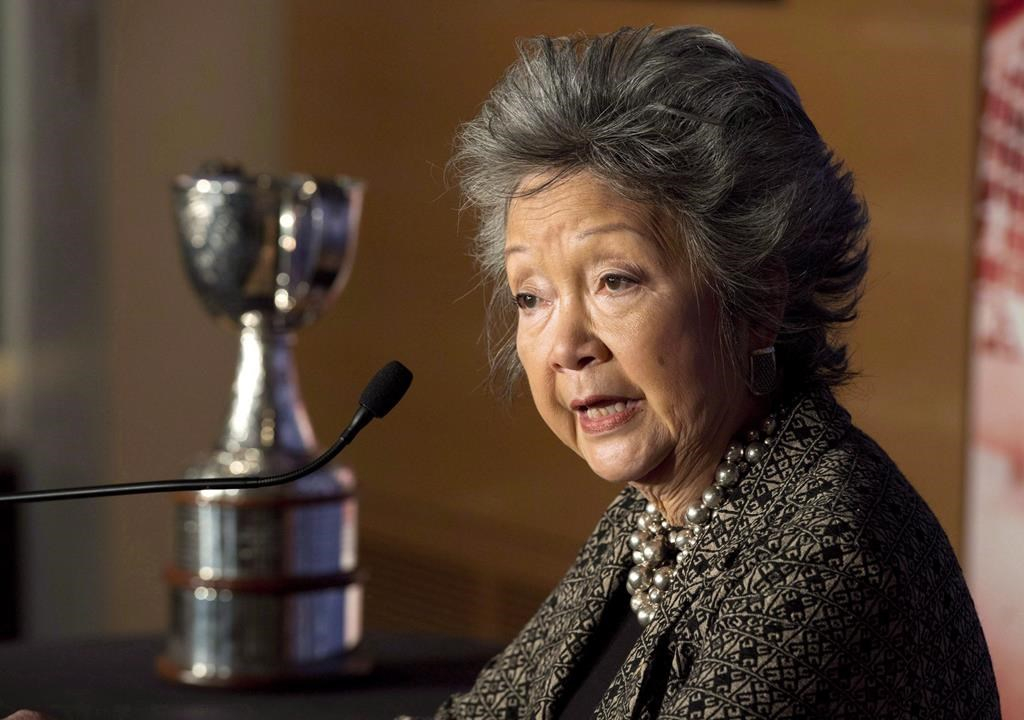 Former governor general Adrienne Clarkson speaks as she donates the Clarkson Cup to the Hockey Hall of Fame in Toronto on Thursday, March 7, 2013. File photo by The Canadian Press/Frank Gunn
Previous story
Next story

Canada's governors general deserve continued financial support once they retire but they need to be more transparent and accountable for their expenses, Justin Trudeau said Wednesday.

The prime minister made the comment after a Postmedia report revealed that Adrienne Clarkson, who was governor general from 1999 to 2005, has billed more than $1 million in expenses since leaving the vice-regal job.

Besides their pensions, former governors general get lifetime public funding for office and travel expenses through a policy that has existed since 1979, on the premise that governors general never truly retire.

"These are people who've stepped up and offered tremendous service to this country but Canadians expect a certain level of transparency and accountability and we're going to make sure we're moving forward in a thoughtful way," Trudeau said on his way into the Liberals' weekly caucus meeting.

"Once governors general end their mandate, there remains an expectation that they continue to serve as Canadian leading figures," said Natalie Babin Dufresne, the communications director in the office of the secretary to the Governor General.

"This expectation of continued public life means that they are regularly solicited to support various causes, take part in important events and undertake official activities. Government policies that cover the support needed by former governors general for this public life should be reviewed on a regular basis."

Clarkson has billed more than $100,000 to the government nine times in the 12 years since she left Rideau Hall.

That's the threshold for reporting the billings separately, including identifying the claimant, in the federal government's annual Public Accounts. The Public Accounts disclose no detail about the nature of the expenses.

Expenses of less than $100,000 billed by former governors general are lumped together in a general "temporary help services" category and do not identify who claimed them. Last year's Public Accounts include about $228,000 spent that way, divided among five unnamed payees.

"When you spend a penny of the public money, you have to explain yourself and especially when you have been governor general," he said.

Clarkson's executive assistant did not immediately respond to a request for comment.

While he's "not a big fan" of the amounts of money Clarkson has claimed in expenses, Deltell said it's premature to call for a cap on such expenses in future.

"Let's see the explanation of what she has done with that money. It's a case by case. Sometimes it's right, sometimes it's wrong, you know."

NDP Leader Jagmeet Singh said he didn't know enough about the issue to comment, other than to say, in general, the expenditure of public funds should always be "respectful" of taxpayers.