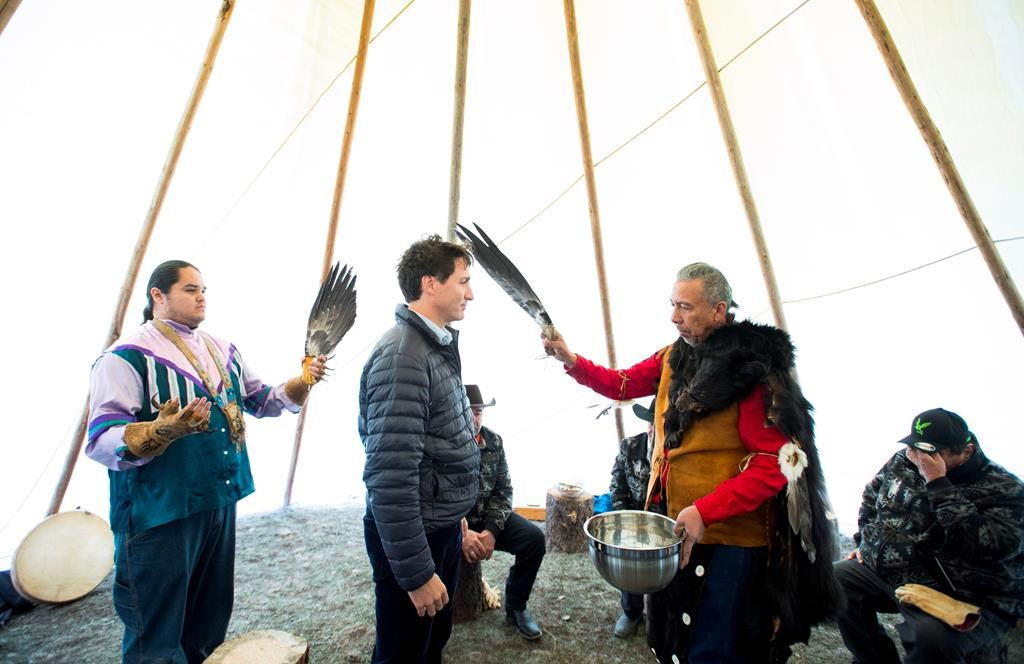 Prime Minister Justin Trudeau apologized to the Tsilhqot'in community for the hanging of six chiefs more than 150 years ago in an emotional ceremony Friday that one chief says brought an end to a "difficult journey."

Speaking to hundreds of the First Nation's members in British Columbia's central Interior, Trudeau said the colonial officials of the day erred in inviting the chiefs for peacekeeping talks where they were instead arrested, tried and hanged. He said the chiefs are fully exonerated without any wrongdoing because they were acting as one independent nation engaged in war with another when they attacked a road crew that intruded on their territory.

"Those are mistakes that our government profoundly regrets and is determined to set right. The treatment of the Tsilhqot'in chiefs represents a betrayal of trust, an injustice that you have carried for more than 150 years," Trudeau said of the incident during the so-called Chilcotin War.

Trudeau said the federal government continues to work with the tribal council to develop a governance agreement by spring 2019.

Chief Joe Alphonse, tribal chairman of the Tsilhqot'in Nation, said the apology was significant not only because it was the first time that a prime minister visited title lands, but because it was made directly to community members.

Trudeau made a "statement of exoneration" in the House of Commons in March and agreed to visit the title lands then.

"For me as chief last March it was a very emotional journey, a spiritual one. It took its toll physically, mentally. So I've been through that, I've gone through that," Alphonse said.

"Today it's about our membership, and our membership all these years not believing that a prime minister would acknowledge that. So it's a powerful day."

Trudeau rode into the valley on a black horse, symbolizing the one the historic chiefs rode into what they believed were peace talks. The day also included a smudging ceremony and Trudeau was given a buckskin jacket matching the iconic one his father Pierre Trudeau wore.

The Tsilhqot'in have long disputed the government's authority to execute the six chiefs as criminals, describing the confrontation as an altercation between warring nations.

When Trudeau read the statement in the Commons, members of Parliament broke into applause, prompting the Tsilhqot'in chiefs to hold up eagle feathers in salute. Trudeau told MPs the chiefs acted in accordance with their laws and traditions and that they are well regarded as heroes of their people.

The deadly confrontation began when a white road-building crew entered Tsilhqot'in territory without permission in 1864.

Five chiefs were hanged when they travelled to the supposed peace talks at the invitation of government representatives. A sixth chief was executed the following year in New Westminster.

The British Columbia government apologized for the executions in 1993 and installed a commemorative plaque at the site of the hangings.