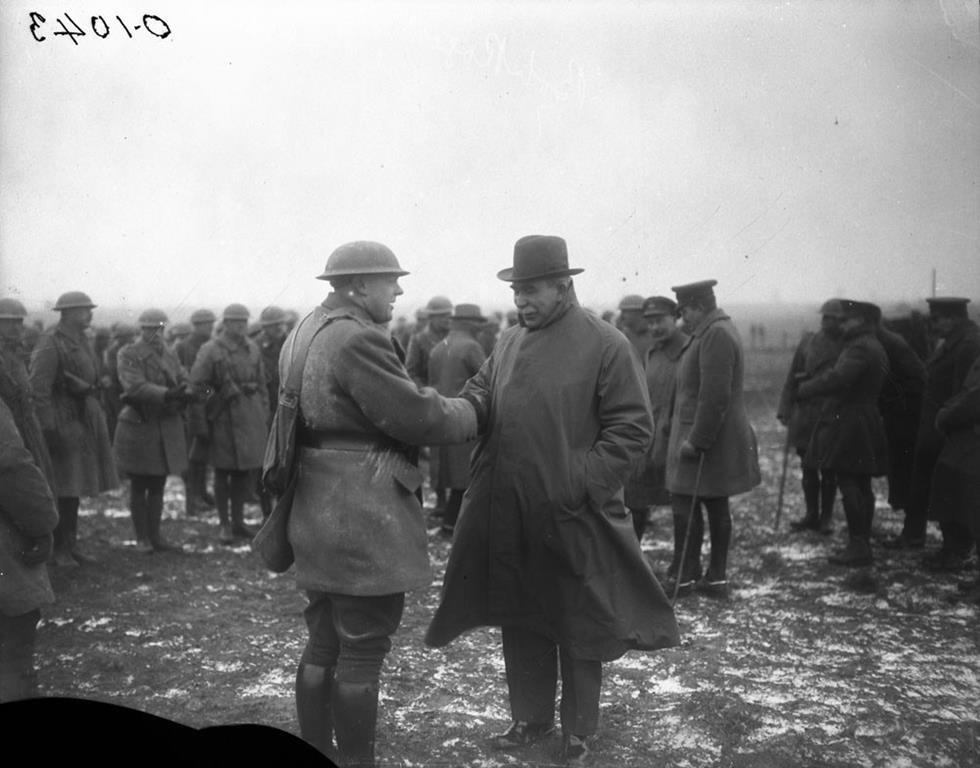 When the armistice that ended the First World War was signed and the guns fell silent on Nov. 11, 1918, Canadians wearily celebrated what they hoped was the start of a new era of peace.

For thousands of Canadian veterans, however, — particularly those wounded by bullets, shells or gas attacks — a far different battle loomed: the fight with Ottawa for support and benefits.

It's a battle that persists to this day.

Much has been made about Canada's disproportionate contribution to the Allied war effort; more than 600,000 Canadians served in uniform, which represented around seven per cent of the young country's 8 million people.

But there was a heavy financial cost that came with fielding such a large force — a cost that Ottawa initially believed would be covered by London, but which would later be borne by Canadians and result in a $2-billion deficit by the end of the war.

While the government did create veterans' hospitals and disability pensions and provided some land to those who served, the services were difficult for many to access and extremely limited in actual benefits.

Making matters worse was the fact many veterans had a hard time finding jobs.

"There was a great fear in Canada that we might get into the terrible mess that they got into in the U.S. after the Civil War with veterans' pensions, which were an enormous economic cost on the federal public," says author and historian John English.

"So we always had that in mind and we were conservative. But there was a sense of great disappointment."

The ensuing years would see the emergence of influential veterans' organizations demanding Ottawa increase its support — and their sheer numbers ensured the government had no choice but to listen.

Hearings were held in Parliament, federal commissions were organized and the government opened its wallet, to the point where veterans' pensions consumed more than 20 per cent of federal revenues starting in 1920.

One question went, and remains, unanswered: What does the government actually owe Canada's veterans?

Many veterans have pointed to a speech delivered to the troops by then-prime minister Robert Borden on the eve of the battle for Vimy Ridge as the genesis of a "social contract" or "social covenant" between the government and those in uniform.

"You need have no fear that the government and the country will fail to show just appreciation of your service to the country in what you are about to do and what you have already done," Borden said.

"No man, whether he goes back or whether he remains in Flanders, will have just cause to reproach the government for having broken faith with the men who won and the men who died."

The difficulty, says Canadian War Museum historian Tim Cook, is that while Borden promised the soldiers that their country would care for them, "no one could define that during the war and that led to a post-war conflict of what was owed to the veterans."

Despite various agreements between veterans and the government, the dispute borne of that vague commitment more than 100 years ago continues even as it has evolved to include what is owed to veterans' dependents, survivors and caregivers.

Most recently, six disabled veterans of the war in Afghanistan cited that speech in a high-profile lawsuit that alleged Ottawa broke its contract with veterans when it replaced the disability pensions available to previous generations with a lump-sum payment in 2006.

Government lawyers contended that Borden's words were "political speeches not intended as commitments or solemn commitments" and noted that there is no "social contract or social covenant" enshrined in legislation.

The government's argument was consistent with its longstanding practice, says David Bercuson, a military historian at the University of Calgary, namely that while it may have a moral obligation to support veterans, there is no legal obligation.

"In other words, 'We'll give you money, but you don't have a right to that money. We have a moral obligation and also it helps to re-establish society'," Bercuson says. "They don't want to be nailed down to a legal obligation."

After several years of litigation and negotiation, the courts sided with the government as the B.C. Court of Appeal struck down the veterans' claim in December and the Supreme Court of Canada said in August that it would not hear the case.

The moral question persists. Many veterans, angry at the Trudeau government for not bringing back the old pensions, hope the other parties will pick up the torch in next year's election.

"Going forward, there's only one solution and that solution at the current time is a political one," said retired major Mark Campbell, who lost both legs in Afghanistan and was one of the six plaintiffs in the recently dismissed lawsuit.

For his part, Prime Minister Justin Trudeau in February defended the new system for providing compensation to veterans, which includes money for rehabilitation, job-training and career support. He added that some vets were asking for more than the government was able to give.

The comment prompted boos from the crowd in Edmonton and demands for an apology from the Tories, while highlighting the balancing act between helping veterans and fiscal prudence that successive federal governments have cited for not doing more since 1918.

The reality, says Wilfrid Laurier University historian Mark Humphries, an expert on mental health among veterans since the First World War, is that there is no real answer to the moral question because society — and veterans' needs — are constantly changing.

"The veterans don't simply end," Humphries says. "They continue to age and they continue to then experience being a veteran differently depending on how far they are from that conflict."

We say we remember but we

We say we remember but we forget to give the support that those who have served and their families need. Some remembering that is! We might as well be honest and forget altogether. After all wars keep happening. There is no such thing as a war to end all wars so there will always be veterans that we *must* support. Only then can we say “ We remember “ with truthfulness!

Only equal on the battlefield: Efforts underway to honour Indigenous veterans