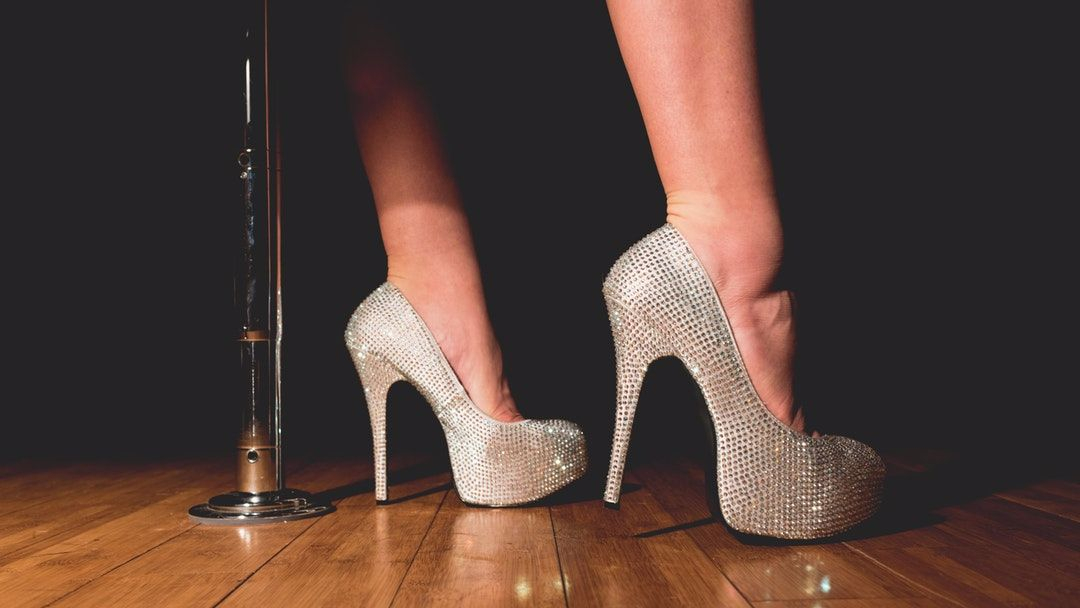 The Fédération des femmes du Québec (FFQ), Quebec’s most prominent women’s organization, recently adopted a motion recognizing that sex work is work that women can choose and can consent to in exchange for money. The move is controversial, even among its own members.

Those who favour criminalizing sex work worry that it’s an industry where women are routinely exploited and abused. The Concertation des luttes contre l’exploitation sexuelle (CLES), which fights to put an end to prostitution, is fiercely against this decision and envisions a society in which "consent is not a commodity that can be bought.”

However, Stella, a Montreal-based advocacy group run by sex workers for sex workers, lauds the decision as an important step in the right direction. Decriminalization is favoured on grounds sex workers’ rights and physical safety should be prioritized, and that prohibition encourages the exploitation of sex workers by denying them legal and regulatory protections.

When we are accused of being "pro #sexwork" or described as a "pro prostitution lobby" we giggle -- obviously we are pro-our-own-existence and pro-existing! But more seriously and accurately, we are pro our own #humanrights and won't be shamed out of it.

Dear prohibitionists: One cannot be "pro-#sexworkers" and not "pro-#sexwork". Stop pretending you support us while simultaneously trying to eliminate our means of income, encourage violence against us, and generally shit on us.

The legal status of prostitution and all sex work in Canada is, at best, murky and confusing. In 2013, Canada's Supreme Court unanimously struck down three key laws concerning prostitution, declaring them unconstitutional, disproportionate and overly broad. Then, in 2014, the government introduced Bill C-36 and what is commonly known as "end demand laws," also referred to as the "Nordic" model, essentially making it it illegal to purchase sexual services, but not to sell them. Confused? Many people are. Here's a link to details but essentially, current law still treats sex workers as victims and treats clients as criminals. The end result is the same: Canada's current laws doesn't appear to make sex work any safer for the workers because the criminalization of clients still forces the industry underground and makes the line between consensual sex work and sex trafficking unclear to the layperson.

Many sex workers favour decriminalization, which refers to the removal of all criminal laws relating to the operation of the sex industry. Legalization refers to the use of criminal laws to regulate or control the sex industry by determining the legal conditions under which the industry can operate. Criminalization is obviously the notion that all exchanges of sex for money or other goods should be illegal and sex work should be abolished.

To add to the confusion, the subject of sex workers is often mishandled by mainstream media, with public moralizing instead of solutions and comments from academic experts instead of sex workers. There is also a noticeable lack of concern for men in the industry. Are they assumed to have agency, while women are perpetual victims?

Mainstream media frequently speaks for and over people with personal experience in the sex trade.

After all, what could a person who strips, dances, works as a cam girl, an escort, or has sex for pay possibly have to say that would convince us that they do so of their own free will? Here's a novel idea; let's ask them.

Presenting safer options empowers the abused to walk away

Bella French, cam girl, and co-founder and CEO of ManyVids, a Canadian adult entertainment video hosting and live streaming company headquartered in Montreal, is extremely happy with the FFQ’s decision.

The business woman, who still occasionally gets in front of the camera, admits to her own prejudices and misconceptions before entering the industry.

“I also believed the clichés,” she says. “I thought women in the business were naive, not bright, drug addicted or exploited by pimps. But most of the women I know in the industry are smart and driven. What hurts them the most is how they are perceived by society.”

French has no qualms about admitting that money was the main motivator for her when she entered the industry. “I had studied fashion design and I found myself struggling financially,” she admits. “When I became a cam girl, it changed my life. I was making $15,000-20,000 U.S. a month and I was my own boss, I felt empowered. I have cam girls who work at ManyVids who make close to $20,000 and they come into no physical contact with anyone. Some make $10,000 a month without even showing their faces. They just show their feet, because there’s a very healthy foot-fetish market out there. It’s a business.”

Recognition distances the industry from victimization

The FFQ’s motion was a welcome, surprising and touching gesture to Mélodie Nelson, a former sex worker, now writer and FFQ member, who also sits on the board of directors for Stella. “Since Stella became a member at the FFQ, there has been a lack of support from certain FFQ members” she says. “Sex workers have always felt sidelined and judged by the FFQ, many even felt threatened or traumatized by some of the general assemblies, when some members treated them as ‘sperm receptacles’ and even threatened them physically."

"Recognizing that sex workers are capable of agency and independence in their actions is major, because we can distance ourselves from the notion of victimization that sticks to sex workers even more than a used condom does. Sex workers’ voices and rights are often silenced, in favour of a condescending, disrespectful narrative that sees them as either victims or criminals," she continues.

“The adopted motion makes a clear distinction between consensual sex work, non-consensual trafficking, and sexual exploitation,” Nelson explains. “This is important because it helps all FFQ members, and possibly society at large, to see beyond the preconceived notions of what sex work and the women in the industry are all about.”

Like French alluded to above, Nelson also believes that isolation remains a big problem among sex workers, primarily caused by the stigma attached to the profession. Recognizing that they have agency and can make their own consensual decisions can reduce stigma.

Sex Work is not inherently dangerous. Criminalization and societal stigma make it so. We need to dismantle this structural violence imposed on sex workers through education. Listen to sex workers and the evidence. https://t.co/sMEH4BesMx #sexwork

“I’m very happy that the FFQ is talking about this, that it’s forcing this conversation, because it’s normalizing the industry,” French says. “We’re sexual beings. We have to stop putting so much shame and negativity on the industry, seeing it with such a puritanical point of view. Why not just normalize it and make it safe for everyone?”

Nelson clarifies that most sex workers prefer decriminalization to legalization of sex work, because the latter could give too much power to the government to intervene and would not allow sex workers the freedom to do as they prefer.

“For example,” Nelson says,” in Nevada and in Germany, sex work is legalized, but many work conditions aren’t satisfactory. New Zealand decriminalized sex work in 2003. The government, the police, medical services, and sex workers report being much more satisfied. There was no significant increase in the number of sex workers, and most importantly there was better communication between all parties involved and even a decrease in crime. And very few new cases of HIV detected in sex workers since the industry was decriminalized. Better safety was also observed. Decriminalization is the only model that allows sex workers to be involved in the regulation of their work conditions (the premises, the medical obligations, the rates, etc.)”

A 2008 New Zealand government report on the impact of the Prostitution Reform Act (PRA) concluded that "On the whole, the PRA has been effective in achieving its purpose, and the Committee is confident that the vast majority of people involved in the sex industry are better off under the PRA than they were previously.[...] However, some progress in some areas has been slow and the Act’s longer-term impact should be ‘much clearer’ by 2018."

Nelson disagrees with those concerned that decriminalizing sex work will increase sex trafficking. “Decriminalizing actually reinforces sex workers’ legal protections and actually provides law enforcement the tools with which to go after those who exploit and abuse these women,” she says. “Often, police officers invade the space of sex workers who are working freely and don’t want to be 'saved.' If the police focus on those truly exploiting sex workers, it will be better for everyone -- for sex workers who are in the industry because they want to be, and for those who are being forced into sex work.”

Nelson also feels strongly that ill-informed opinion letters by random people who are troubled by the profession and who don’t believe in sex workers’ dignity shouldn't be published.

“It’s time that the debate on decriminalization or the abolition of sex work comes to an end,” she says. “Our lives aren’t up for debate. The fact that the FFQ is taking a stance on this and supporting us is super helpful, because we shouldn’t have to convince anyone that sex work is like any other kind of work. It’s work, and like all work, we want it to take place in as safe an environment as possible and with good work conditions.”

Nelson worries that sex workers are performing a lot of emotional labour explaining to their loved ones that they aren’t brain-washed or victims.

“With the FFQ’s support, we feel less alone,” she says.

While the decision to support sex workers remains controversial, among groups concerned about possible exploitation and trafficking, it nonetheless was made in solidarity with those in the field and their choices.

While it’s important to recognize that prostitution is not always a choice and has great potential for abuse and exploitation, recognizing sex workers' agency is primordial because it is not by maligning those performing consensual sex work that we protect those involved in sex trafficking.

Even those who are torn on the issue would likely agree that these women have a right to safety. Criminalizing or stigmatizing sex work has never eradicated it and never will. But decriminalizing it would allow for safer spaces, less stigma, and better legal recourse for the abused, which would increase protections for sex workers. It's for those exact reasons that Amnesty International also recommended decriminalization of consensual sex work in 2016.

The FFQ’s motion in support of sex workers' autonomy is a step in the right direction towards doing exactly that and should be commended.