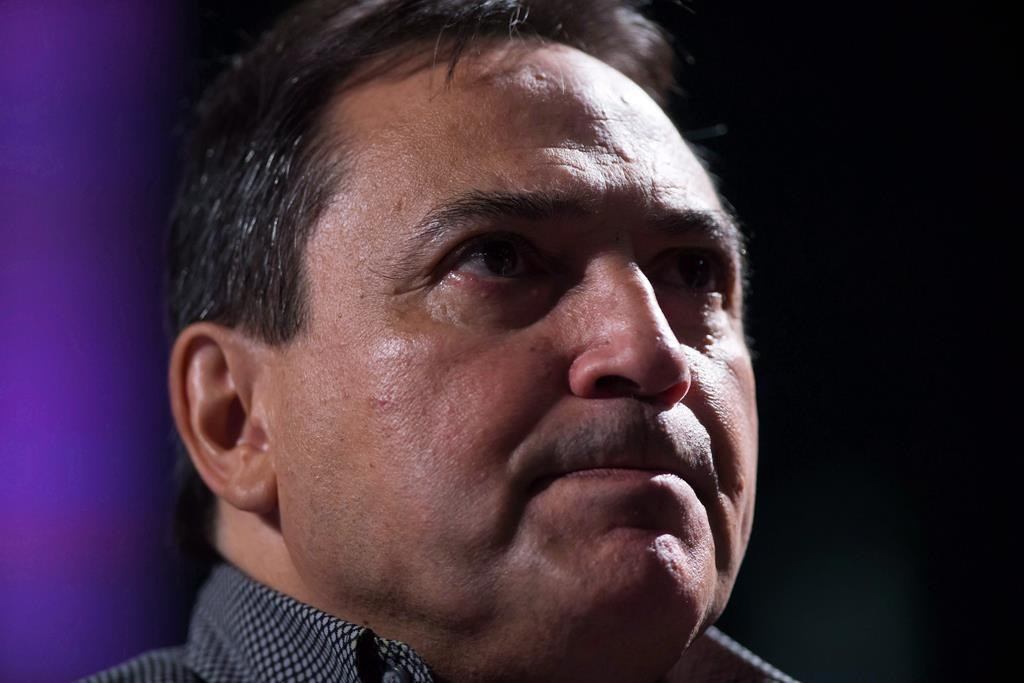 Assembly of First Nations National Chief Perry Bellegarde pauses while speaking to a delegate during the AFN annual general assembly, in Vancouver on Thursday, July 26, 2018. File photo by The Canadian Press/Darryl Dyck
Previous story
Next story

The scope of the problem must also be examined across Canada, Bellegarde said.

"It is wrong, it is immoral, it is a gross violation of human rights and this dehumanizing practice must stop," Bellegarde said in an interview.

He also stressed the need for urgent investigation to ensure proper statistics are collected. He pointed to a resolution passed by First Nations chiefs this summer at the AFN's annual general assembly calling for increased awareness, efforts to stop the practice and support for survivors seeking redress.

The national chief's comments come as Maurice Law, an Indigenous-owned national law firm, and Amnesty International Canada plan to raise the issue at the United Nations Committee Against Torture next week.

In its submission to the UN committee, the firm says it is seeking legal reforms to stop the "modern-day forced sterilization of Indigenous women in publicly funded and administered hospitals in Canada."

The firm is also leading a proposed class action against all health regions across Saskatchewan, the federal and Saskatchewan governments and individual medical professionals.

The lawsuit was launched in 2017 by two affected women in the Saskatoon Health Region who each claimed $7 million in damages. Now about 60 women are part of the lawsuit.

Accountability for forced tubal ligations —the severing, burning or tying of the Fallopian tubes that carry eggs from the ovaries to the uterus —will involve several jurisdictions, Bellegarde said.

Alisa Lombard, an associate with Maurice Law, said she has heard from a number of women following an article by The Canadian Press this week detailing reports that forced sterilization is not just a shameful part of Canadian history but is still happening.

"We've heard from various additional women who are reporting having been forcibly sterilized, Indigenous women, and actually non-Indigenous women who are coming forward reporting they have witnessed Indigenous women being pressured into forced sterilization," Lombard said. "Since the veil of silence has been lifted, even just a bit, that courage is really seeping through, which is very encouraging. The clearer the dimensions of the issue become ... it can assist the women in their healing and understanding they are not alone."

Indigenous women deserve to be respected in the medical system and to be treated with empathy and fairness like any other Canadian, she added.

"For this historic act to continue happening in this day and age ... Indigenous women are not feeling safe in Canada," she said. "That needs to change."

Ontario Sen. Yvonne Boyer, who co-authored a report on tubal ligation in the Saskatoon Health Region in 2017, said she has heard from many Indigenous women across the country who are seeking help for the trauma they've endured.

She is supporting a call from Amnesty International Canada for the federal government to appoint a special representative who is Indigenous to examine the scope of the issue nationally.

This article is more

This article is more provocative than informative. I question the expression "forced sterilization" when the terminology "Indigenous women being pressured into forced sterilization" is used. Were these women operated on without their consent? or were they pressured into signing the consent form? There is a huge difference. If they were coerced into sterilization was the coercion lawful or unlawful? Was it a violation of their rights or not? Come on National Observer, you can do better than this!!