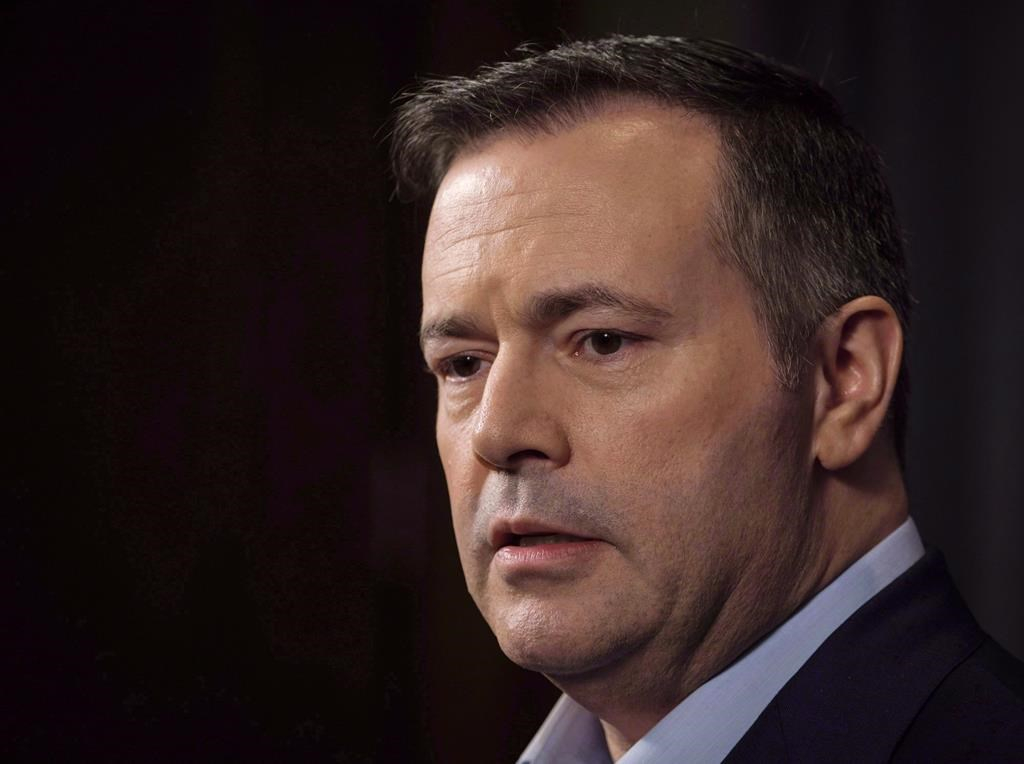 Jason Kenney speaks to the media at his first convention as leader of the United Conservative Party in Red Deer, Alta., on Sunday, May 6, 2018. File photo by The Canadian Press/Jeff McIntosh
Previous story

Alberta Education Minister David Eggen is directing 28 privately run schools to post rules affirming the rights of LGBTQ students or risk having their funding pulled by next school year.

Eggen says he doesn't want to take such a drastic step, but children have a right to be safe at school.

The posted rules include the provision that students can set up a gay-straight alliance in the school if they wish.

Gay-straight alliances are support groups set up by students to help LGBTQ students feel accepted and reduce bullying or abuse.

Private schools receive as much as 70 per cent of their funding from the province.

Eggen has given the faith-based schools until the end of June to comply or funding will be withdrawn next fall.

"I sincerely hope that we will not need to take this step," Eggen said Wednesday. "But I have been clear — following the law is not optional. Ensuring vulnerable children feel safe and included at school is not optional."

All public, separate, francophone, and charter schools have policies in place, representing more than 98 per cent of kindergarten to Grade 12 students, Eggen added.

Gay-straight alliances have become a divisive political issue in Alberta.

The Opposition United Conservatives say while all children must be treated fairly and equally, the rights of parents cannot be pushed to the sidelines.

The party passed a policy this year saying parents should be told if their child joins a school club of a religious or sexual nature, but advocates say that would deter children from joining and could out them before they are ready.

United Conservative Leader Jason Kenney says parents should be told if a child's safety could be at risk.

The gay-straight alliances are being challenged in court by United Conservative Party member John Carpay's advocacy group Justice Centre for Constitutional Freedoms. The Centre argues parents should be told if their child joins a gay-straight alliance, which it has called "ideological sexual clubs'" that make graphic information on gay sex available.

Premier Rachel Notley is calling for Kenney to kick Carpay out of the party for comments Carpay made in a weekend speech.

In his remarks, Carpay warned of the ongoing dangers to individual freedoms, likening the LGBTQ rainbow flag to totalitarian symbols such as the hammer and sickle for communism and the swastika in Nazi Germany.

Carpay apologized in a statement Sunday for drawing the comparison, calling it unintentional.