Next Canadian federal election will be target for Russian meddling: Sajjan 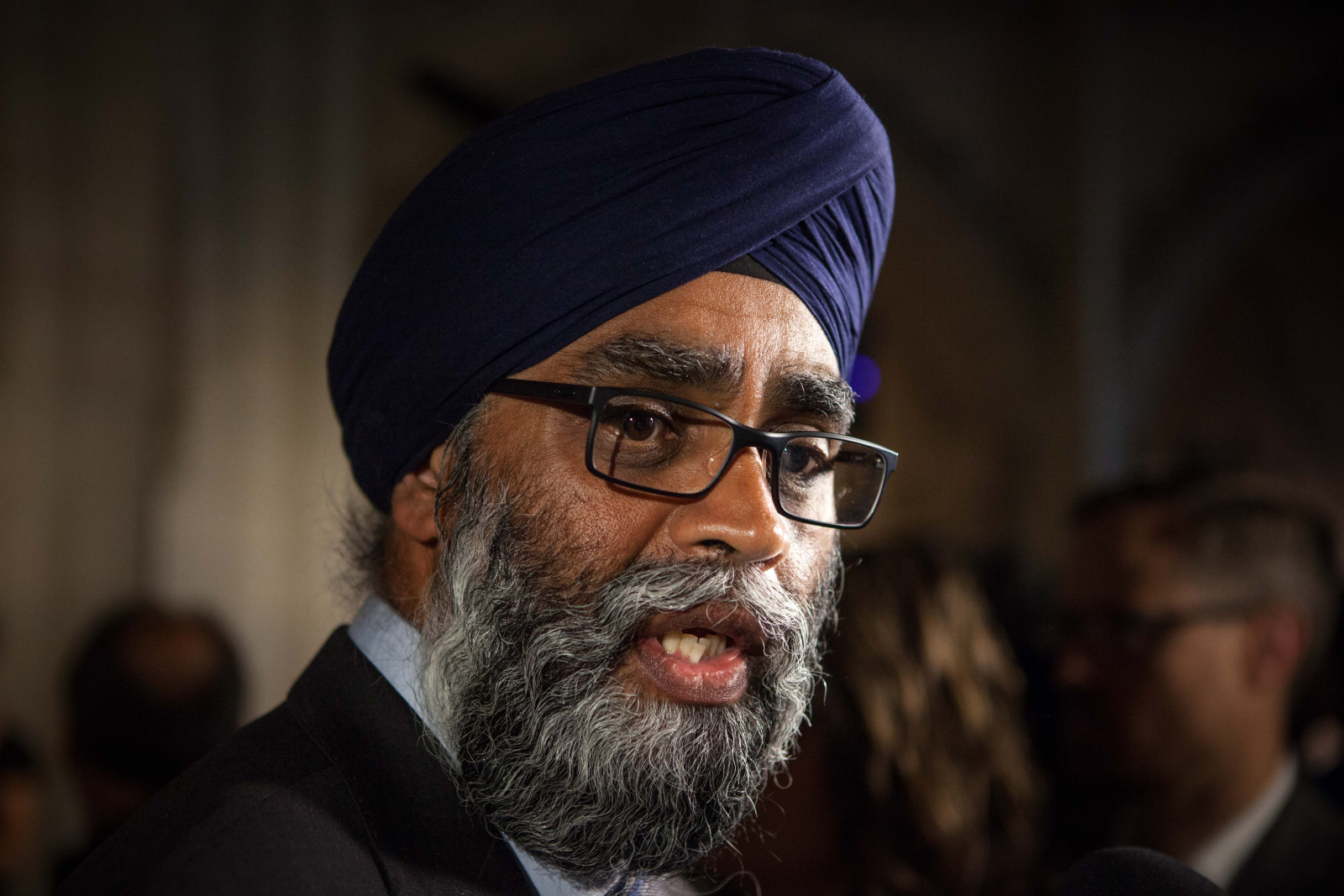 Defence Minister Harjit Sajjan, seen here on Sept. 19, 2017. Defence minister is warning voters they will be targeted by online cyber-attacks and fake news as Russia steps up its efforts to undermine western democracies. File photo by Alex Tétreault
Previous story

With a federal election less than a year away, Canada's defence minister is warning voters they will be targeted by online cyber-attacks and fake news as Russia steps up its efforts to undermine western democracies.

"We have taken this into account very seriously in our defence policy," Harjit Sajjan said in an interview with The Canadian Press.

"We need to further educate our citizens about the impact of fake news. No one wants to be duped by anybody."

Sajjan made the comments while attending a defence and security conference in Halifax, where experts, military officers and politicians representing democracies from around the world spent a great deal of time discussing cyber-warfare.

"When we stand up for human rights, and when we stand up ... to nations like Russia who are going against the rules-based order ... you become a target," Sajjan said, adding that Canada's decision to protest Russia's annexation of Crimea has also raised Russia's ire.

He said the Canadian government has a cyber-security plan that includes establishing the Canadian Centre for Cyber Security within the Communications Security Establishment, which is focused on collecting foreign signals intelligence.

Rose Gottemoeller, deputy-secretary general of NATO, stressed that Russia is not the only country using the internet to spread disinformation, citing a NATO report released Sunday that drew attention to North Korea, China and Iran.

The report, presented Sunday to a NATO Parliamentary Assembly meeting in Halifax, was discussed by NATO's science and technology committee.

U.S. Democratic congresswoman Susan Davis told the committee that Russian interference continued in the early stages of the recent U.S. mid-term elections, although not on the scale seen during the 2016 election that saw Donald Trump elected president.

Last year, Facebook said hundreds of dubious accounts, likely operated out of Russia, spent about $100,000 on some 3,000 ads about contentious issues such as LGBT rights, race, immigration and guns.

Gottemoeller, who previously served as undersecretary for international security at the U.S. State Department, said democracies have to be ready to defend themselves — on the battlefield or in cyberspace.

"There's a lot of creativity among the bad guys," she said in an interview Sunday.

As an example, Gottemoeller pointed to the Canadian-led NATO Battle Group in Latvia, which has been subjected to a steady stream of fake news aimed at undermining the year-old mission.

"The Russians are pumping out a lot of reports about misbehaviour of Canadian troops and how expensive the (battle group) is for Latvia," she said, adding that Canadian soldiers have taken a proactive role by letting local residents know why they are there.

"It's a great example of how Canada ... has made a difference pushing back against disinformation."

Pauline Neville-Jones, chairwoman of the U.K.-based Advisory Board to Cyber Security Challenge, said Russian operatives use online algorithms to distribute false stories that are aimed at sowing division and distrust of democratic institutions.

"In the case of Canada, (the Russians) would find it very interesting to try to destabilize your relationship with the United States," said Neville-Jones, who was David Cameron's national security adviser before he became prime minister of Britain.

Neville-Jones said the rise of social media has eroded the influence of traditional media sources, which has left citizens more susceptible to cyber-attacks. The best defence against fake news, she said, is to seek other news sources.

She said there was plenty of evidence of online interference in the 2016 U.S. vote, particularly from the Russians.

"Propaganda ... has been one of the things they've always done," Neville-Jones said. "They see international relations as a zero-sum game. If you're losing, then I'm winning."