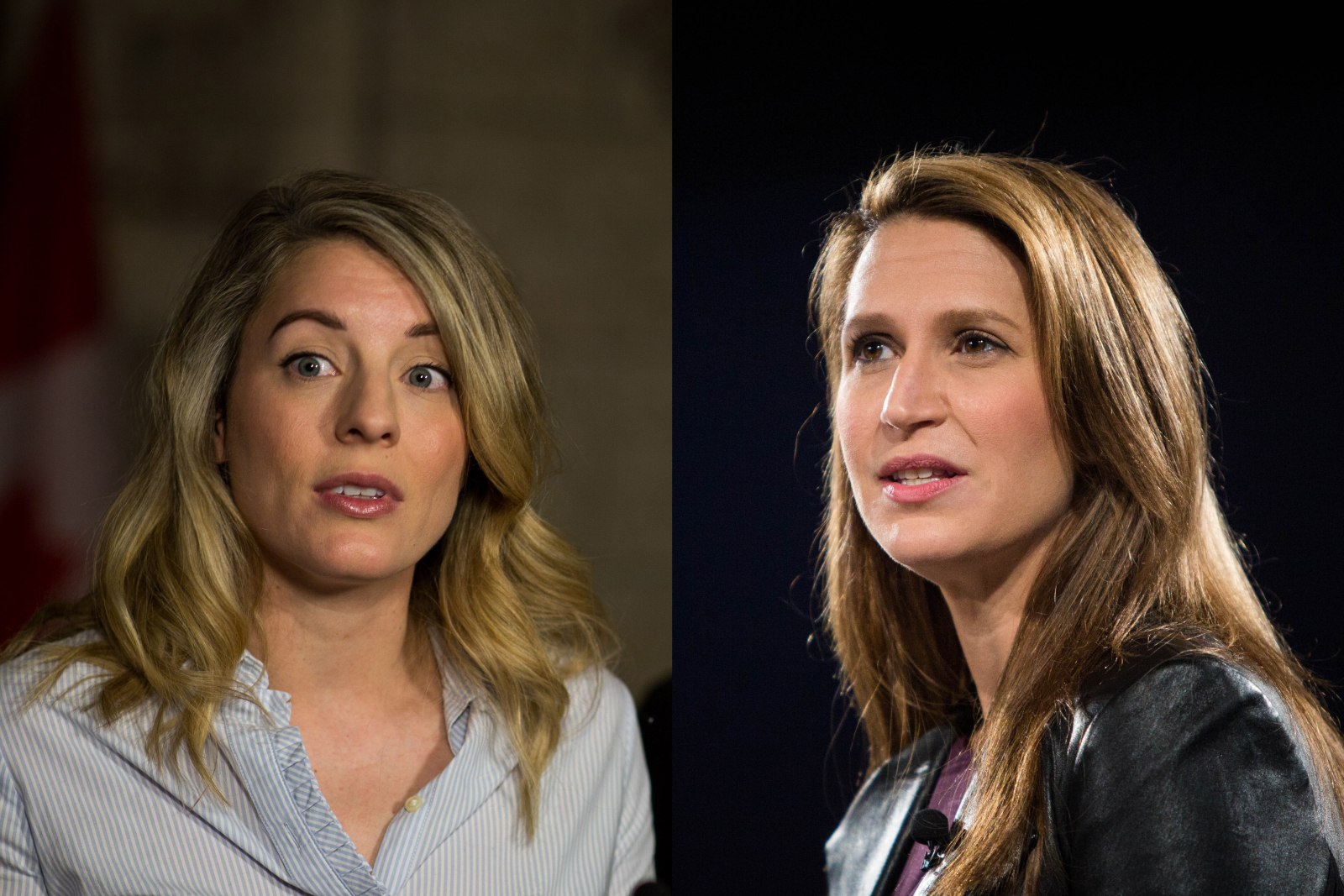 Federal Official Languages Minister Mélanie Joly is to meet with her Ontario counterpart, Caroline Mulroney, on Friday to urge the provincial government to reconsider its cancellation of francophone services. Photo by Alex Tétreault
Previous story
Next story

Prime Minister Justin Trudeau assured Franco Ontarians Tuesday that the federal government will protect their rights and will engage with the Doug Ford's Conservative government to ensure Ontario does as well.

Federal Tourism and Official Languages Minister Mélanie Joly is scheduled to meet with her Ontario counterpart, Caroline Mulroney, on Friday to urge the Conservative government to reconsider its cancellation of a French-language university and the closure of the French-language services commissioner’s office. The moves affect about 600,000 francophones in Ontario.

Mulroney told reporters that the government would not reverse the decision, but she had accepted Joly’s meeting request because “there are a lot of things that we can work together on.”

“I want to work with the federal government to make sure that we are increasing access to justice and access to health services for francophones,” she said, adding that if Ottawa offered up cash to jump-start the canceled French-language university, “that’s something we’d be very interested in discussing with them.”

Responding to a question from New Democratic Party MP Charlie Angus, who represents the northern Ontario riding of Timmins-James Bay, Joly addressed federal Conservative leader Andrew Scheer. “I ask the leader of the Conservative party to make sure he speaks to his boss, Doug Ford, in Ontario to make the (Progressive) Conservative government back down from this decision.”

When we face unacceptable situations, we must openly denounce them. It's a question of leadership and this is exactly what we are doing! #cdnpoli #ONfr #officiallanguages pic.twitter.com/86qANVxuOB

On Tuesday, Joly announced that the federal government was "reopening and relaunching" the court challenges program and described it as a tool for Franco-Ontarians to defend themselves in court.

The official description of the program says it "provides financial support to Canadians to access the courts for the litigation of test cases of national significance, to help clarify and assert certain constitutional and quasi-constitutional official language rights and human rights in Canada." Joly told reporters the program "has been key to making sure that minorities and specifically linguistic minorities have been able to uphold their rights before the courts."

"What I can tell you is that today there is one more tool available to the Franco-Ontarian community to defend themselves in court," she said, adding later, "I think Mr. Ford needs a history lesson about bilingualism and the linguistic duality of the country. I invite him to look at history books.”

In his first public reaction to the cuts, Trudeau also expressed disappointment Tuesday and assured Franco-Ontarians that the federal government will protect their rights.

“I obviously think it’s an important responsibility for the federal government to stand up for francophone communities right across the country," Trudeau told reporters. "I know personally from having taught French in Vancouver, from having spoken with minority communities right across the country how much they look to the federal government to try and stand up for them regardless of what the provinces do."

"We will certainly be engaged with the provincial government to try and ensure that they do.”

Premier Ford’s government announced the cancellation of French language services in its Nov. 15 fiscal update. The issue overshadowed Ford's first meeting with Quebec Premier François Legault, who also criticized the Ontario Premier for the cuts, noting that Francophones are founding members of Canadian society and should receive proper services.

Legault's comments came after Ford made remarks to justify the cancellations, saying that that there were also about 600,000 Chinese Ontarians and 600,000 Italian Ontarians, but that the "province couldn't please everybody," the Ottawa Citizen reported on Nov. 17.

After the meeting with Legault on Monday, Ford told reporters the changes were necessary to lessen Ontario's $14.5 billion deficit.

Ford's federal Conservative counterparts have also expressed concern about the decision. A member of Scheer's team expressed frustration to a HuffPost Canada reporter of not being consulted or given any advance notice on the decision. Scheer spoke to Ford and Mulroney at the Ontario PC convention in Toronto on Nov. 17, but according to HuffPost Canada's source, "It was like talking to a wall."

In a Nov. 18 news conference, Scheer said he had "expressed his concerns" to Ontario's premier about the cancellation of a planned French-language university — but he has not asked Doug Ford to reverse the decision because the decision is the premier's to make.

"It's up to Mr. Ford to manage those types of things," Scheer said. "I told him as prime minister in 2019 I would absolutely work with premiers across the country to ensure that French-language services are not affected by any kinds of changes."

During question period, Mulroney told the Ontario legislature that the protections provided by French language commissioner's office — whose budget had more than quadrupled since the office was made an independent officer of the Legislature in 2014, Mulroney noted — was important and would continue under the provincial ombudsman.

"It is very clear that minority language rights in Ontario will continue to be preserved here in Ontario through the work of the Office of the Ombudsman," Mulroney told the legislature in French, adding that the the government may revisit spending money on the French university once Ontario’s finances are in better shape.

Liberal MPP Marie-France Lalonde, the former Ontario minister responsible for francophone affairs, said she was "upset" by the fact that the cancellations occurred without consultation or evidence. Lalonde told reporters after Question Period that Manitoba and Saskatchewan had received federal funding for a French university.

"For this government to say, first of all, that there's no need is completely incorrect," Lalonde said. "And to also say that they don't have the money, they didn't even reach out to the federal government to look at all the possibilities. I'm very concerned that this government is making decisions that are not...established on data but just ideology that they have regarding this subject."

"I really hope that Mrs. Mulroney will look at this as a first experience as a minister and really look back at how quick they were to make a decision without looking back and trying to see and facilitate a conversation between the university… and seeking advice on how potentially other funding could be part of the process," Lalonde said.

Editor's note: This article was updated at 6:59 p.m. ET on Nov. 20 to correct that Mélanie Joly's comments in the House of Commons were made on Monday, Nov. 19, and not on Tuesday.