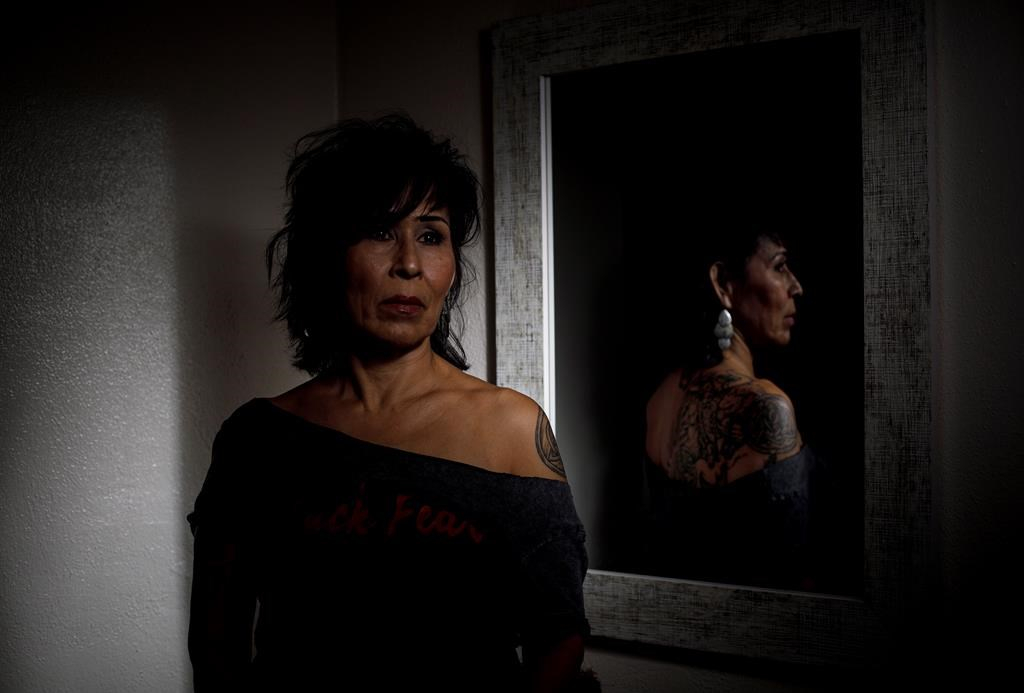 Morningstar Mercredi says she woke up from surgery at 14 and immediately broke down when she discovered the baby she had felt inside her was gone.

What remained was an incision from her panty line to her belly button, cut without her permission.

She would eventually learn her left ovary and a Fallopian tube had been removed, too — an experience that "irrevocably" changed her life.

"How in God's name could that be when I was just a child?" the Indigenous author said in an interview.

Mercredi is among a growing number of Indigenous women insisting on action to address the ongoing practice of coerced sterilization — the subject of discussions in Geneva this week at the UN Committee Against Torture.

Representatives from Canada were asked on Wednesday what the government is doing about it. The delegation is to respond Thursday.

The prevalence of the practice today has not been documented but Assembly of First Nations National Chief Perry Bellegarde, Sen. Yvonne Boyer and the federal NDP are calling for investigations of recent reports from Indigenous women in Canada.

"We need to raise our voices," Mercredi said. "We need to do whatever we have to do to hold those people that are responsible accountable if we want this to stop."

In the mid-1970s, Mercredi said, she endured a rape in Fort McMurray, south of her community of Fort Chipewyan, Alta., and was pregnant.

Resisting pressure in Fort Chipewyan to have an abortion, armed with a bus ticket and a few dollars, she headed to Saskatoon for refuge.

"I wanted to be somewhere else in order to have this baby," she said.

Wearing worn-out old running shoes one day, she slipped on ice and started spotting, so she went to an emergency room.

Mercredi said she asked what was happening prior to surgery, only to be dismissed.

"I wanted to know how my baby was and what was going on with me," she said. "The doctor performed surgery on me and when I awoke, I had no baby and what the doctor told me — I don't know why but I will never forget this — he said, 'Your chances of getting pregnant will be less than that of the average woman.' "

What happened to her, without an explanation or consent from her or her parents, had devastating consequences. Mercredi tried to take her own life six months after the procedure in Saskatoon and struggled with alcoholism and drug addiction for about five years as a young woman.

She's been sober now for 32 years.

"Absolutely the substance abuse was linked to my suicidal depression and the trauma of that event," she said. "I went on from — my life from that point on making choices that were shame-based."

Mercredi said she can't imagine how many other Indigenous women have gone through similar experiences.

Some did not survive them. Pam, who does not want to use her last name for fear of further harming her family, said her daughter did not. She died by suicide 10 months after a tubal ligation at a Winnipeg hospital in 2009.

Pam said her daughter believed having the procedure would result in getting her other children back, out of foster care.

"I guess I can say she was bullied to death," Pam said. She's obtained medical records to learn more about the circumstances surrounding the procedure and the involvement of child-welfare workers.

There could have been a different outcome for Pam's daughter, said Cora Morgan, a family advocate with the Assembly of Manitoba Chiefs.

People who've allowed these procedures, or carried them out, must be held accountable, and future instances prevented, she said.

Morgan said she's heard several stories from Indigenous women who also say they were encouraged to abort pregnancies because they had other children in foster care.

"Their social worker is giving them instructions to abort their baby in exchange for being able to get their children back or get more access to their children," Morgan said. "They're basically blackmailing women into having abortions."

Morgan believes more Indigenous women would come forward to share their stories if they had a formal outlet, a place to tell them.

For her part, Mercredi said she repressed her own story for four decades until she heard a radio broadcast featuring women from the Saskatoon Health Region who said they had been coerced into sterilizations.

About 60 women have now joined a proposed class action lawsuit led by Maurice Law, an Indigenous-owned national law firm, that lists the government of Saskatchewan, the Saskatoon Health Authority, the federal government and medical professionals as defendants in its statement of claim.

Alisa Lombard, an associate with the firm, said that since The Canadian Press published a story about the issue last week, her practice has heard from more than 32 women who also say they were sterilized without their consent.

"I think that it is troubling that everyone would not be as concerned as some of us are and committed to making sure that vulnerable women, at their most vulnerable, wouldn't have the very basic, standard protection that most people take for granted," Lombard said Wednesday.

At 55, Mercredi said, she's now strong enough to fight for her 14-year-old self who had no one.

She also hopes Indigenous women who have endured the trauma of sterilization will not isolate themselves in anguish.

"Put your tobacco down," she said. "The ancestors are with us. Grandmothers are with us and it is time for us now."