Feds fund 'affordable' rentals in Vancouver with studio for $1,150 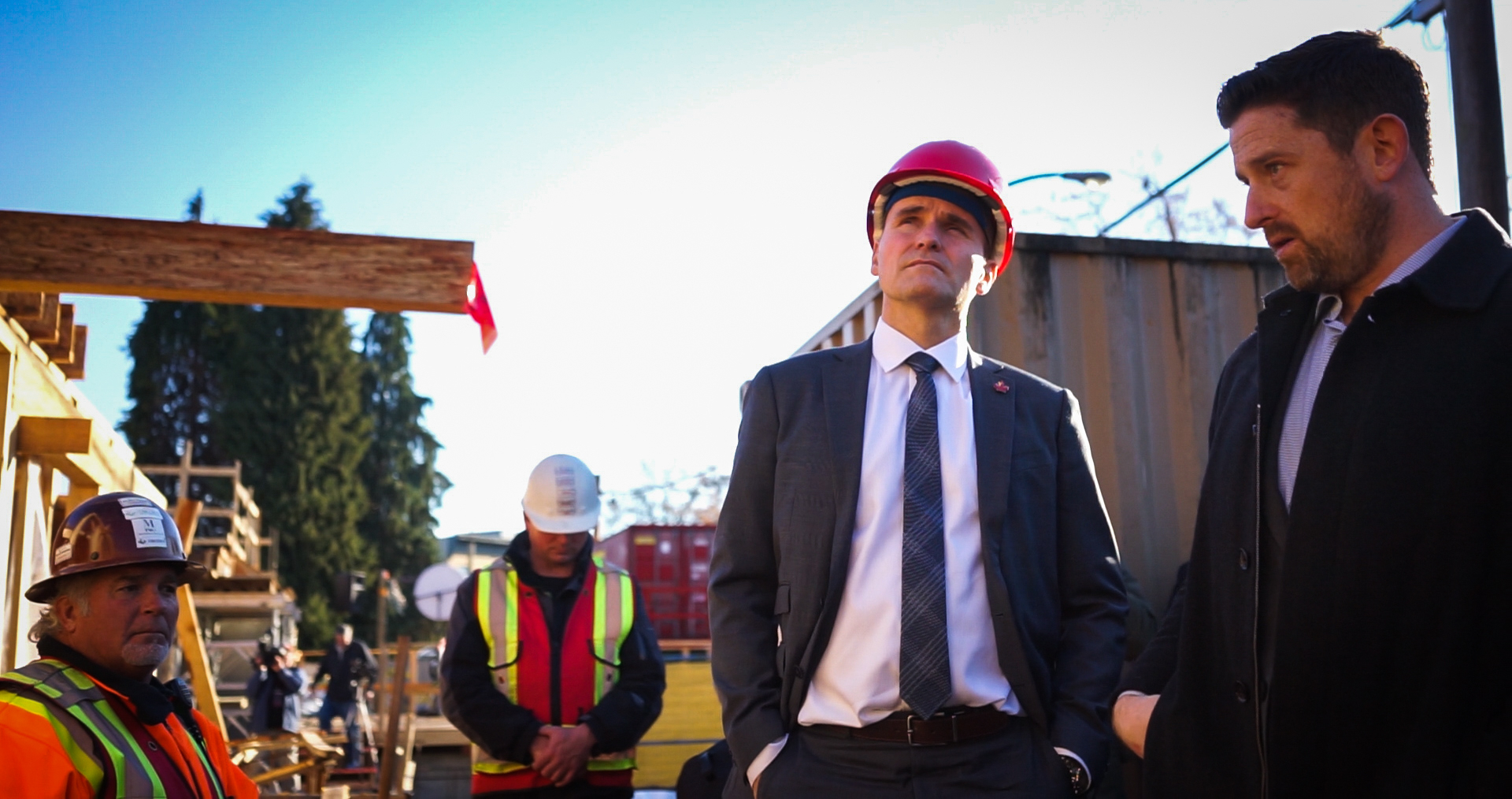 Jean-Yves Duclos (red hat), minister of families, children and social development, is given a tour of a new affordable housing development by developer Jason Turcotte (right) on Nov. 19, 2018. Photo by Michael Ruffolo
Previous story
Next story

A new government-funded affordable housing project will provide studio apartments near downtown Vancouver for about $1,100 per month by 2020.

The rentals, with studios measuring 40.4 square metres or 435 square feet, will be part of a complex with 115 new units in Vancouver's Eastside.

Vancouver's rental market is renowned for being expensive, with a rental vacancy rate of just 0.9 per cent. In May the average cost of a studio in Vancouver was $1,700, according to Louie Dinh of Quantitative Rhetoric, a blog that tracks rental listings and rates every month. It lists the average cost of a one-bedroom at $1,950. One-bedrooms will be priced at $1,500 in the new development.

The development is named "Conrad" after the original owners of a heritage home that is being converted into a duplex as a part of the project. 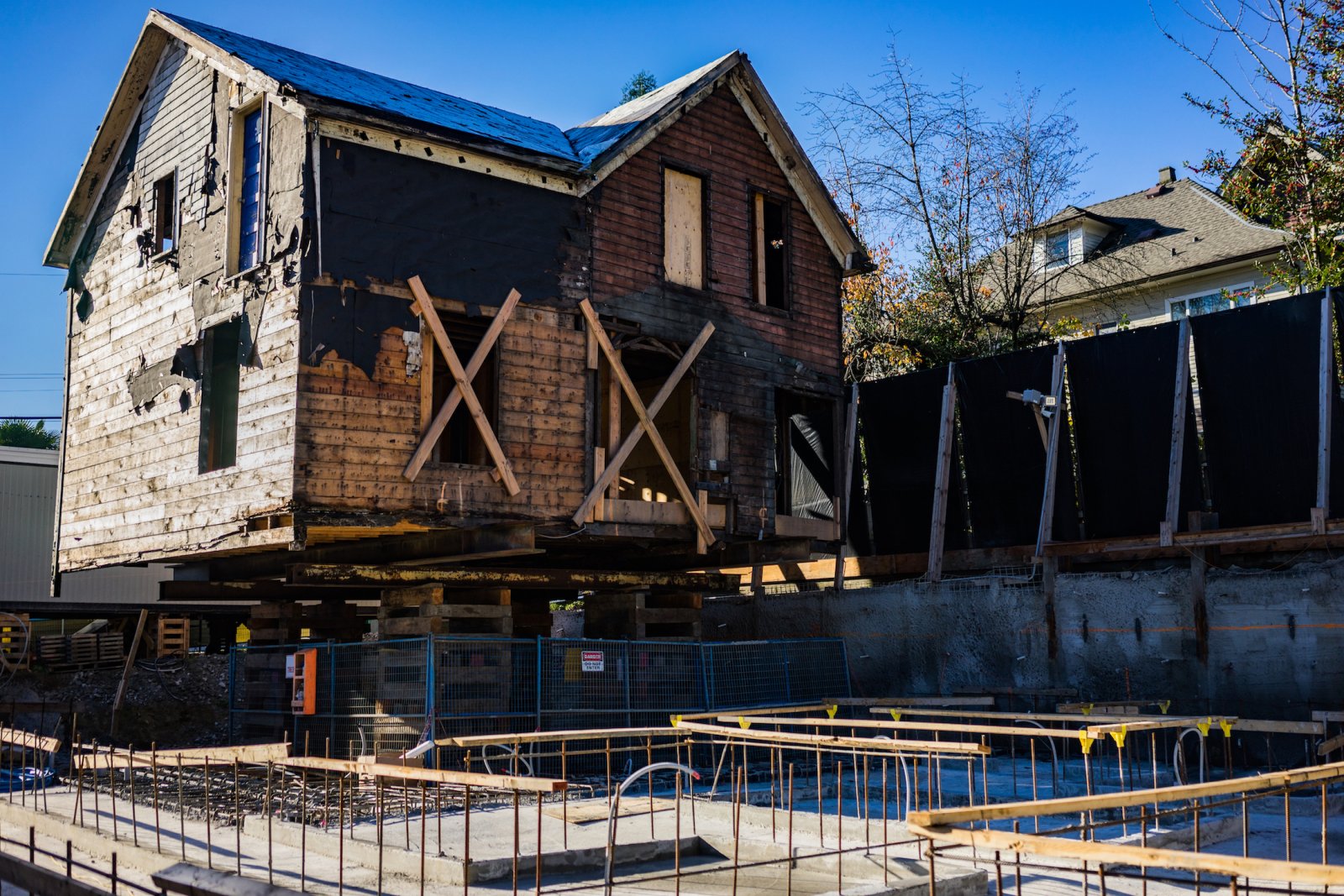 A heritage Vancouver home, originally built in 1911 and owned by the Conrad family, was moved down the block to accommodate the development. Pictured here during a site visit on Nov. 19, 2018, it is being restored and turned into a duplex as part of a new federally-funded housing project. Photo by Michael Ruffolo

Duclos said the federal government has contributed $40.2 million to project.

“Over 60 per cent of the units will be rented at rents below 30 per cent of Vancouver’s median household income,” he told about 40 people gathered at the development site.

The median household income of the area was $71,233, according to the 2011 Canadian census, the latest figure available. This would make many of the units, as described by Duclos, available for less than $1,780 per month.

The federal contribution is a part of the 'Rental Construction Financing initiative.' Launched in 2017, the initiative provides low-cost loans for rental housing developments across Canada. The budget for it from 2018 to 2021 is $3.75 billion and will be used to encourage developers to build more than 14,000 rental units across the country.

Those looking to rent one of the new units at the Conrad project can apply online at https://www.rentconrad.com/.