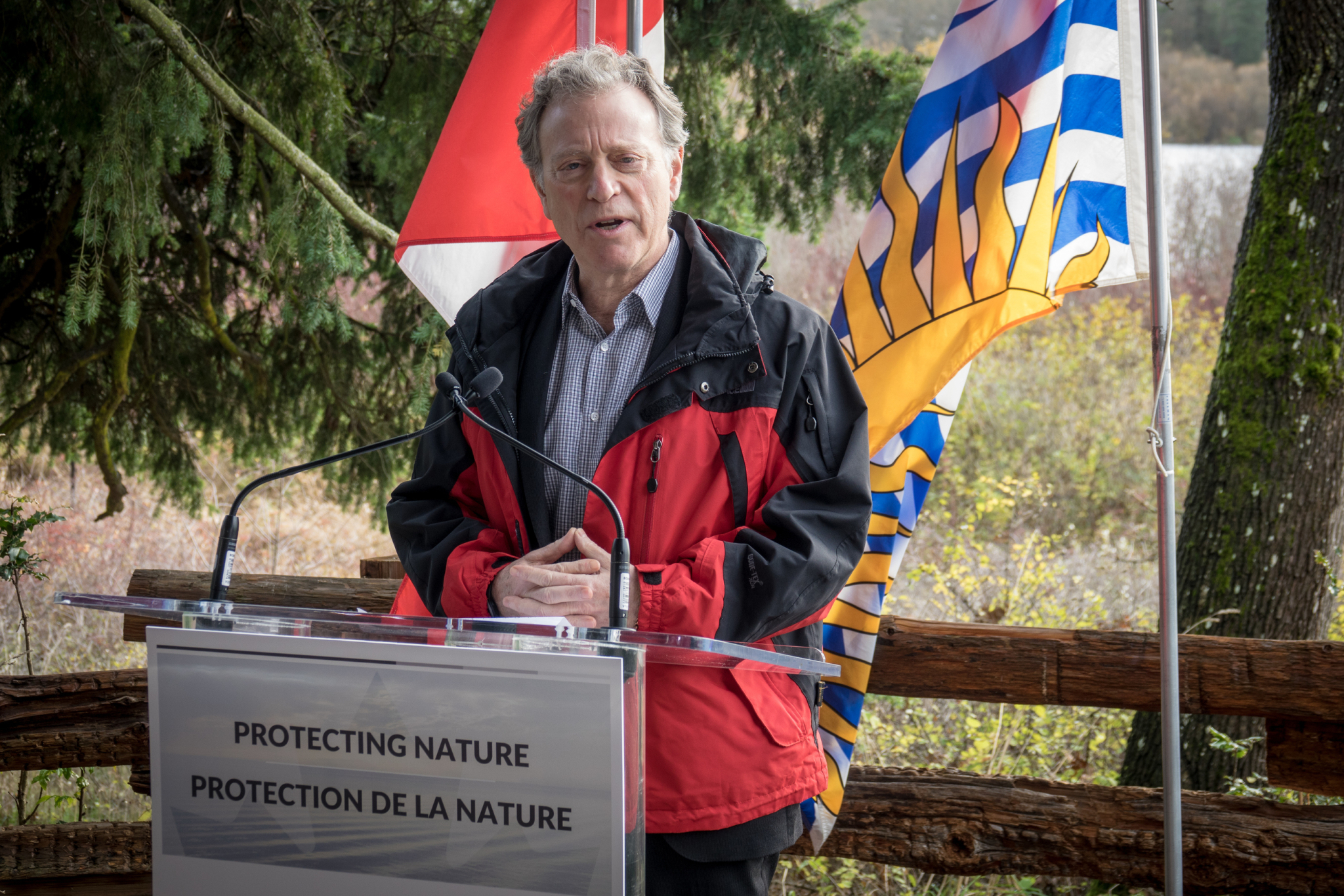 Minister of Environment and Climate Change Strategy George Heyman tabled Bill 51 – the new act – earlier this month and it is poised to become law. It’s been lauded for advancements in consultation with First Nations, for its consideration of climate change and for increased transparency and accountability.

“We see this as a process that will be more transparent, more sound, more predictable,” Heyman said in an interview. “It will protect communities, protect health, protect the environment, protect our climate for future generations and will allow proponents to design good projects that meet those tests and get them approved faster than they can today.”

But critics say it still allows the government discretion to exempt certain projects, relies too much on evidence provided by project proponents, lacks a peer-review process and allows projects to proceed even without Indigenous consent.

Olivia French, a lawyer with Ecojustice, says although it’s a step forward that the new act will “consider” greenhouse gas emissions, that’s not good enough.

“We know from the latest report from the Intergovernmental Panel on Climate Change that we only have 12 years to (cut) our greenhouse gas emissions in half,” French said in an interview. “We know that human-caused climate change is real, but in Bill 51, there is no requirement to consider life-cycle and life-span emissions … and the minister is also able to consider any other matter that they consider relevant to the public interest in approving any environmental assessment.”

A group of scientists led by Simon Fraser University PhD candidate Michael Price wrote an open letter saying the new act would fail to protect the environment and restore public trust in the environmental assessment process because it lacks scientific rigour.

“Independent data collection, peer-review evaluation, and transparency is scientific best practice,” Price said in an emailed response. “Scientific process the world over is based on these principles.”

Heyman says the new act allows for such scientific rigour.

“I wish actually that the people who had written the open letter had come to talk to me or to the Environmental Assessment office before writing it,” Heyman said. “We reached out to them after we became aware of its contents … and explained that in fact, many of the things they were looking to strengthen in the act are already in the act.”

But that amounts to the government saying “just trust us,” says Gavin Smith, a lawyer at West Coast Environmental Law who has been involved with the process of developing the new act.

“One of the main reasons for reforming EA in the first place is rebuilding public trust,” Smith said. “It is difficult, on the issue of evidence, to say, ‘just trust us, we will do these things, we have the power,’ without providing the requirement that they have them.”

Heyman announced four amendments on Thursday, in an attempt to clarify matters.

“In the process of thinking about what they said, as well as talking with others, I realized that (the act) could be more clear,” Heyman said.

But Smith isn't buying it.

“The amendments do not introduce additional requirements,” Smith said. "While Bill 51 gives B.C. tools that could be used to provide for a thorough evidence base for assessments, including expert peer reviews and so on, the bill does not require B.C. to use the tools.”

“I am relieved that the day has finally come when we are beginning to see the legislative and policy shifts that are necessary and essential to facilitate genuine reconciliation,” Phillip said in a government news release. “We are hopeful that the new legislation will ensure the sustainability of our precious lands and waters for our children and grandchildren, and all British Columbians. While much more legislative and policy change is urgently needed, today is a good day.”

The First Nations Leadership Council, which is made up of the political executives of the BC Assembly of First Nations, First Nations Summit, and the Union of BC Indian Chiefs, put out a statement applauding "significant improvements" but also saying that “the act does not go far enough in meaningfully implementing the minimum standards affirmed within the UN Declaration, as the act still allows for projects to proceed if consent is withheld by Indigenous Nations. Key amendments are needed so that the Act is in full alignment with the UN Declaration.”

Aaron Bruce, a lawyer at Ratcliff & Company and a member of the Squamish Nation, was part of the process of developing the new law, which he says is a significant step in the right direction, but doesn’t include the level of consent warranted for Indigenous communities.

Nonetheless, he commends the government for including support of reconciliation and the United Nations Declaration on the Rights of Indigenous People.

“I think they did an admirable job of building that in to this legislation,” Bruce said in an interview. “They are using language like recognizing the inherent jurisdiction of Indigenous Nations, which is big – I’ve never seen that before in legislation.”

Both Bruce and Heyman emphasized that under the new act, First Nations will be part of the assessment process from the very beginning. The new act has added a phase – the early engagement phase – during which the government and affected First Nations will discuss projects, which could be terminated at this early phase.

Despite the positives, Bruce says the government still has the discretion to approve a project, even without Indigenous consent.

“I understand the whole conversation around vetoes is really controversial and I don’t think that’s what First Nations were looking for here either, it’s just that B.C. should not get the final say,” Bruce said. “B.C. shouldn’t have the veto is what I’m trying to say. There should be some kind of dispute resolution process that is independent, mutual and fair that can help resolve a stalemate.”

The Squamish Nation did its own environmental assessment of the Woodfibre LNG project, something he says was “very empowering.” In the end, the project was significantly altered to address the First Nation’s concerns and is expected to go ahead in the near future, he said.

Bruce thinks that process is a big part of why the province looked at First Nations-led assessment.

“I think it also showed that the province and industry don’t need to be scared of a First Nations led assessment,” Bruce said. “First Nations are not just there to kill projects. They’re there to look for sustainable projects because we need to generate revenues for our communities as well. We just want the projects to be the right ones and not just anything goes.”

As a society, we’ve got a long way to go, both when it comes to the rights of Indigenous people and in protecting the environment and climate change. From all accounts, this new act makes significant progress, but still leaves room for improvement, which gives us something to aim for.

The last word this time, goes to Olivia French:

“What I would want to emphasize is that strong environmental assessment laws really benefit everyone and that includes project proponents,” French said. “When the process is transparent and there is independent, peer-reviewed science being used the public trusts the process more, it creates more confidence in the decision-makers who are approving these projects and that’s good for communities, the environment and project proponents. So, we really hope that we see a strong law go through the B.C. legislature.”

All new cars sold in B.C. will be zero emission by 2040, Horgan pledges

The fact that Minister Heyman

The fact that Minister Heyman, Premier Horgan and PM Trudeau have all endorced and embraced an LNG/Hydraulic Fracturing industry for BC's future tells me we definitely have the wrong politicians in power. Yes, they do speak from both sides of their mouths. Yes, our environment is trumped by commerce.

These are not the right

These are not the right people for the job. We have to do it ourselves,