By The Canadian Press in News, Politics | November 26th 2018 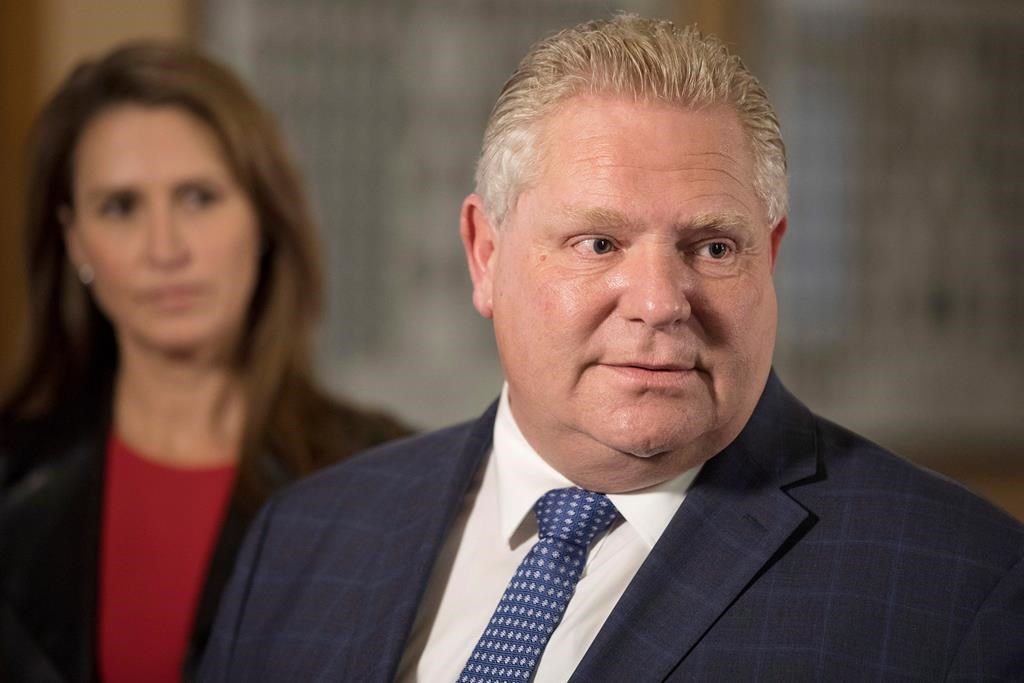 After days of backlash over its cuts to institutions serving francophones, Ontario's Progressive Conservative government says it's making changes meant to recognize the "significant and ongoing" contributions of the Franco-Ontarian community.

In a statement Friday evening, Premier Doug Ford says his government is creating the position of French-Language Services Commissioner within the provincial ombudsman's office, and seeking to turn the office of francophone affairs into a ministry.

The Tories announced last week they were transferring the commissioner's mandate to Ontario's ombudsman and scrapping plans for a standalone French-language university.

The moves sparked massive outcry from francophones in Ontario and Quebec and were publicly denounced by a member of Ford's own caucus, Amanda Simard, who represents a largely francophone riding.

Both Ford and the minister responsible for francophone affairs, Caroline Mulroney, said the cuts were necessary to bring down the province's deficit, although they did not say how much would be saved.

In Friday's statement, Ford thanked "all the people who reached out" to his office following last week's announcement and said he looks forward to building a "constructive dialogue" with Franco-Ontarians.

"They're fighters. They're part of the history of Ontario. They continue to work hard for generations to promote and preserve their beautiful culture and language in our province," he said.

The government also said Ford's office will hire a senior policy adviser on francophone affairs. No changes were announced in regard to the university, but Mulroney was quoted as saying she looks forward to the day when the province is in a "financial position" to proceed with such projects.

"I will continue to be a tireless advocate for the university, by and for francophones, so that when we are in a position to proceed with the build, we will be ready to go," Mulroney said.

"While the fiscal realities of our province’s finances prohibit a new stand-alone French language university right now, I will continue to support models of education that meet the needs of francophone students and the francophone community."

In a post on Twitter later Friday, Mulroney added that she urges the federal government to "fund programming for francophones in Ontario at the same level, per capita, as it does in the rest of Canada.

"Ontario is investing in Ontario's froncophonie, and expects the federal government to do the same," she wrote.