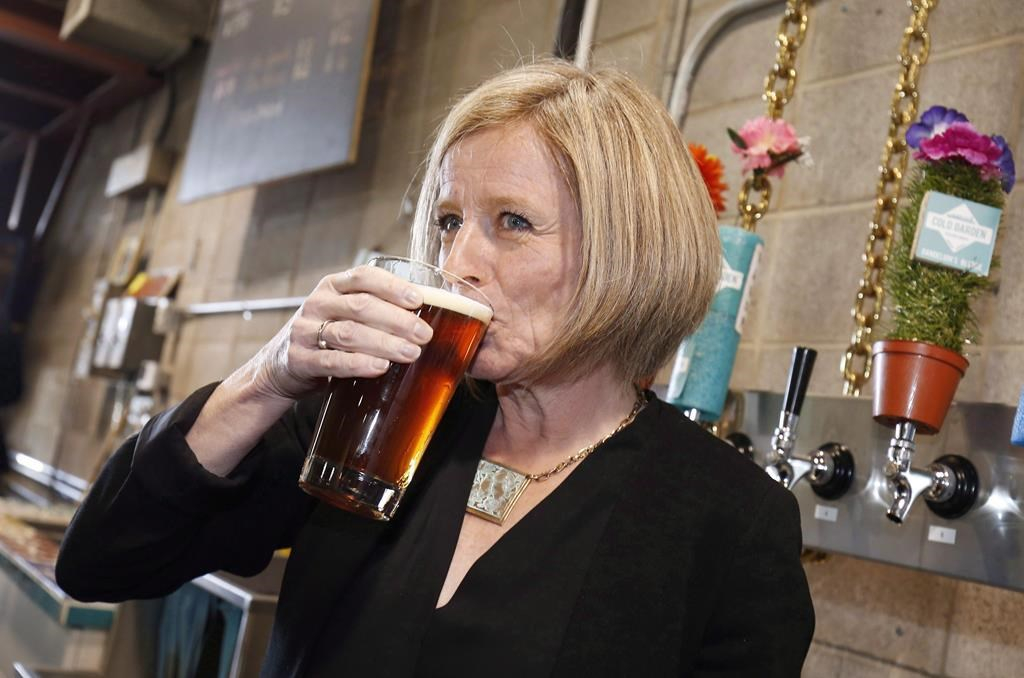 The Alberta government is opening a new front in its beer war with other provinces by targeting Ontario for what it says are its unfair trade barriers to Alberta-made suds and other alcoholic products.

The initiative emerged on Monday as Alberta announced a full retreat on its own craft beer subsidies that were found by a judge last spring to be unconstitutional.

"Alberta has the most open liquor policy in the country, offering Albertans a choice of over 3,700 Canadian products. ... Alberta merchants stock and sell 745 alcoholic beverages from Ontario," said Economic Development and Trade Minister Deron Bilous at an Edmonton brewery on Monday.

"Ontario is the largest market in the country, three times larger than our own, yet we can only find about 20 Alberta liquor products listed for sale in Ontario."

The complaint under the Canadian Free Trade Agreement is being made against Ontario because it has the biggest liquor market in Canada, but it could be expanded to include other provinces with similar barriers, Bilous said, adding he's hoping for an amicable solution.

Under the CFTA, Ontario will have 120 days to respond to the complaint made in a letter sent Monday morning. The complaint may then proceed to a CFTA panel for a ruling on corrective actions or allowed retaliatory measures, with a provision for either side to appeal that ruling, explained Jean-Marc Prevost, Bilous' press secretary.

The Liquor Control Board of Ontario said in a statement Monday that it is aware of the Alberta action and that "breweries from anywhere in Canada are equally able to access our listing process."

Smith said he is surprised by Alberta's move.

"Just last week, I sat across from representatives from the government of Alberta and not once did they mention this to me," he said in a statement.

"The government of Ontario is committed to reducing interprovincial trade barriers, as we made clear in our fall economic statement when we said we wouldn't stand in the way of pipeline projects moving forward."

Neil Herbst, owner of Alley Kat Brewery of Edmonton, said he has faced numerous non-tariff barriers when trying to ship his products to Ontario, giving as an example a $400 laboratory fee assessed on a shipment of $1,600 worth of beer.

The province will return to a system similar that was in place before 2015, with markups (a tax collected for the province) of $1.25 per litre applied to all beer sold in Alberta by producers of more than 50,000 hectolitres per year.

Smaller brewers, regardless of province of origin, will be able to apply for markups of between 10 and 60 cents per litre.

Alberta dropped its graduated markup system to go to a flat markup on all beer in 2015. It at first exempted brewers in Saskatchewan, B.C. and Alberta, then changed its rules so it applied to all Canadian brewers but introduced a subsidy program solely for Alberta' small brewers.

It lost a CFTA panel ruling initiated by Artisan Ales, a Calgary-based beer importer, which argued the grant program unfairly tilted the market against its product.

Last June, a Court of Queen's Bench judge ordered the province to pay a total of $2.1 million in restitution to Great Western Brewing of Saskatoon and Steam Whistle Brewing of Toronto, finding that the subsidies created a trade barrier against their products.

At the time, Ceci said the province would consider appealing that ruling.

His department says Alberta now has 137 liquor manufacturers, including 99 brewers. It says the number of brewers has nearly tripled since the subsidy program was introduced in 2016.

The province says it will introduce more supports for Alberta liquor manufacturers in the next few weeks.