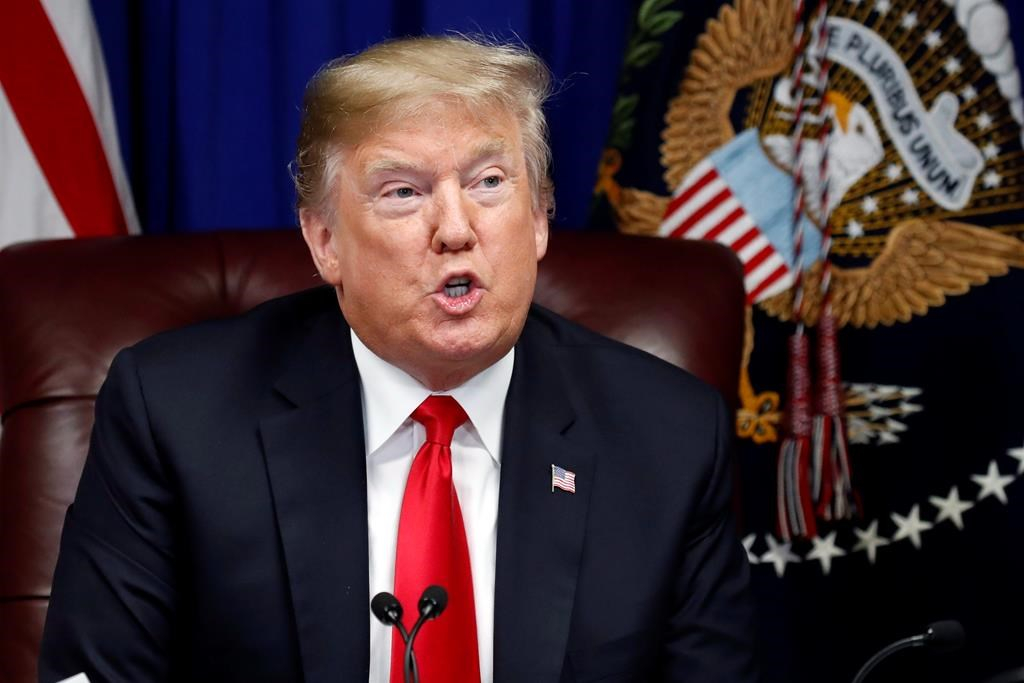 President Donald Trump speaks during a roundtable discussion on the First Step Act, in Gulfport, Miss., on Monday, Nov. 26, 2018. Photo by The Associated Press/Alex Brandon
Previous story
Next story

Donald Trump's tariff battles with Canada, Mexico, China and Europe have inflated the cost of steel, making it more expensive to build cars in North America, but General Motors' decision to close factories and lay off thousands of people is more about tactics than the balance sheet, say trade observers and automotive industry experts.

"It's very understandable, given all the hype associated with the trade agreement, and, you might say, the troubled relationship between your prime minister and our president, that it's some sort of reaction to the tariffs on steel and aluminum," said Michigan business professor Marick Masters. "But I think it's more of a strategic adjustment by General Motors to prepare itself for a future in which it's trying to get ahead of the technology curve."

The company is placing a substantial bet on a future dominated by three high-tech trends that have been upending the world of the internal-combustion engine: electric vehicles, mobility services like ride-hailing apps, and cars and trucks that are capable of driving themselves.

And they're doing it at a time of relative economic health, a departure from the traditional peak-and-trough timelines that tend to predict waves of deep, widespread job cuts, said Maryann Keller, a New York-based automotive-industry consultant.

As unmistakable as the coming future is, it's still a relatively long way off for an industry that still manages to sell more than 19 million vehicles in North America each year.

"It's unusual for a company in this kind of market to make announcements where they are essentially shedding capacity. I think that is a pretty profound statement from GM that they choose to do it at this time," Keller said. "If they're in a race, General Motors is running way ahead of the pack. They may run way ahead of the pack and run off a cliff, because nobody can see the future that clearly, but they have defined it and they are preparing for it."

When news emerged late Sunday that the company was planning to shut down its flagship Canadian plant in Oshawa, Ont., putting more than 2,500 people out of work, social media set its sights on Trump's "America First" strategy for bringing manufacturing jobs back to U.S. soil.

But that argument all but evaporated Monday when the company announced that as part of its plan to save US$6 billion by the year 2020, it was also shutting down production at four other U.S. plants — several of them deep in Rust Belt states that helped elevate Trump to the presidency in 2016.

"The U.S. got hit harder than we did," said one Canadian government insider. "This is about a global restructuring in the industry towards electric and (artificial intelligence)-driven autonomous vehicles."

Nor is the restructuring aimed exclusively at blue-collar workers. GM is also slashing salaried and salaried contract staff by 15 per cent, which includes a quarter of its executives. The US$6 billion in savings includes operating-cost reductions of US$4.5 billion and lower capital spending of almost US$1.5 billion a year.

That didn't seem to placate Trump, who famously promised Ohio supporters their jobs were "all coming back" during a 2017 rally not far from GM's Lordstown facility, where production will grind to a halt in the spring.

"I said, 'You know, this country has done a lot for General Motors. You better get back in there soon. That's Ohio,' " he said Monday. "I have no doubt that in a not-too-distant future, they'll put something else. They better put something else in."

Whatever that "something else" turns out to be, it's a safe bet it won't run on fossil fuels — a leap of faith that Keller described as a bold venture into unknown territory.

"I really do believe that this is a company that is identifying for itself a very different business model. This is their statement about the future — it may be completely wrong, but I don't think that politics has much to do with it," she said. "There is fear, frankly, in terms of what this revolution means for traditional auto companies. I'm not about to hang crepe and say it's going away. It's not going away."