Researchers unravelling the mysteries behind one of Canada's oldest cemeteries 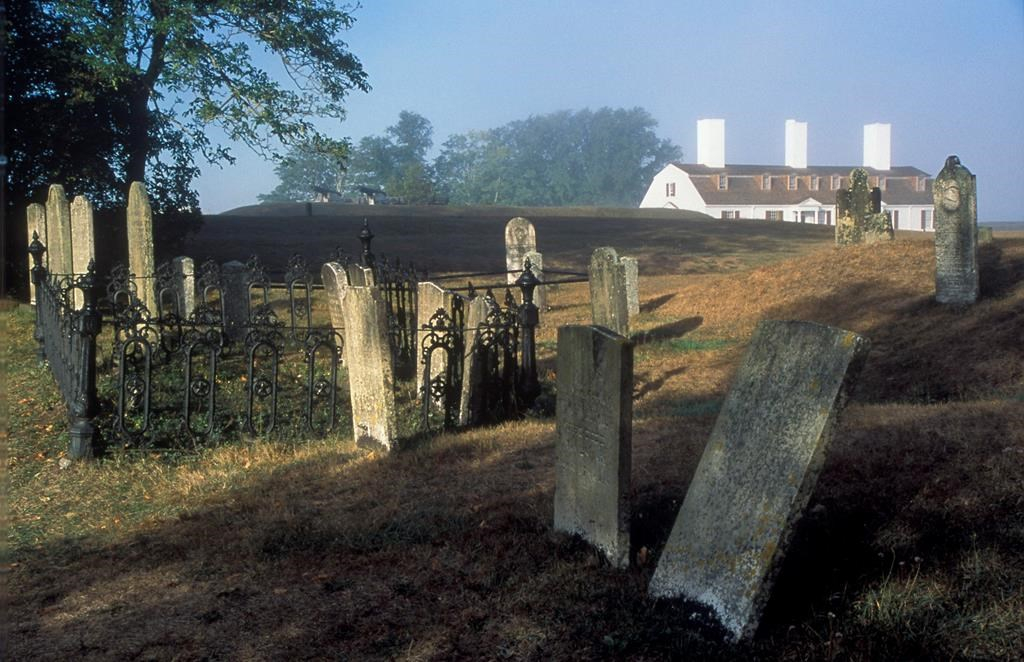 The Garrison Graveyard at Fort Anne in Annapolis Royal, N.S. is seen in this undated handout photo. Handout photo by Parks Canada
Previous story
Next story

It's been a century since Fort Anne became Canada's first administered national historic site, but much of the history surrounding the once hotly contested grounds in Annapolis Royal, N.S., is still shrouded in mystery.

On Monday, a team of researchers hope to use new technology to unlock some of the old secrets buried within Fort Anne's Garrison Graveyard, which is one of the oldest English cemeteries in Canada.

"Any additional information that we have as to what happened on our landscape in the past is really going to inform us as to who we are and where we come from."

Dolan describes Fort Anne as "the most fought-over piece of land in Canadian history since European colonization." Originally fortified by the Scots as early as 1629, the site was later taken over by the French, before it fell to British troops in 1710. It would remain a regular battle scene for another 50 years.

While over 200 British headstones still stand in the Garrison Graveyard, Dolan said researchers believe there could be more than 2,000 people buried at the site whose wooden markers have since decayed over time.

In addition, prior to 1710, Dolan said French soldiers and Acadians from the region were buried at the nearby St. Jean-Baptiste parish, which had a cemetery located close to the fort.

While researchers aren't completely sure where the French and Acadian cemetery is, he said they have a "pretty good idea."

"When the British came, they were Protestant and the Acadians and French were Catholic, so they didn't want to be buried in the same area. So there's a big open area by the existing cemetery that we think is where the Acadian cemetery is," said Dolan.

He said the technology that will be used to assess the sites is less invasive than extensive archaeological digs.

Boreas Heritage Consulting, a Halifax-based archeological and heritage research company, will use ground-penetrating radar to scan beneath the surface and collect 3D data, which will help map out and identify historic infrastructure and unmarked graves.

Meanwhile, a group of researchers from the Nova Scotia Community College in nearby Middleton will fly drones overhead to capture high-resolution aerial photographs of the cemetery and generate a digital model of the site.

The data will be passed along to Mapannapolis, a volunteer organization that creates web-based maps of heritage sites in the historical community.

Heather LeBlanc, the project designer for Mapannapolis, said it's "like putting a puzzle together: the puzzle of where are the Acadians, and what information is out there."

Parks Canada and Mapannapolis are expecting to get the results of the survey by mid-December, and they hope to create an interactive way for people to learn more about the site.

The Annapolis Royal area is steeped in history, with nearby Port Royal said to have been the location of Canada's first permanent European settlement.

In March 2017, the CBC program "Canada: The Story of Us" came under fire from both Nova Scotia Premier Stephen McNeil and Annapolis Royal Mayor Bill MacDonald after an episode asserted that the country's first permanent European settlement was established in 1608 near what is now Quebec City.

At the time, the premier said the history of Canada started three years earlier, when French explorer Samuel de Champlain founded a settlement at Port Royal, now a national historic site in his riding.

CBC responded that the two-hour show focused on the Quebec City area because it has maintained a permanent population without interruption from 1608 onward — unlike Port Royal, which went briefly unoccupied during its early history.

CBC apologizes for 'Canada: The Story of Us': 'Some people felt misrepresented'

Nova Scotia premier says miniseries about Canada must be corrected