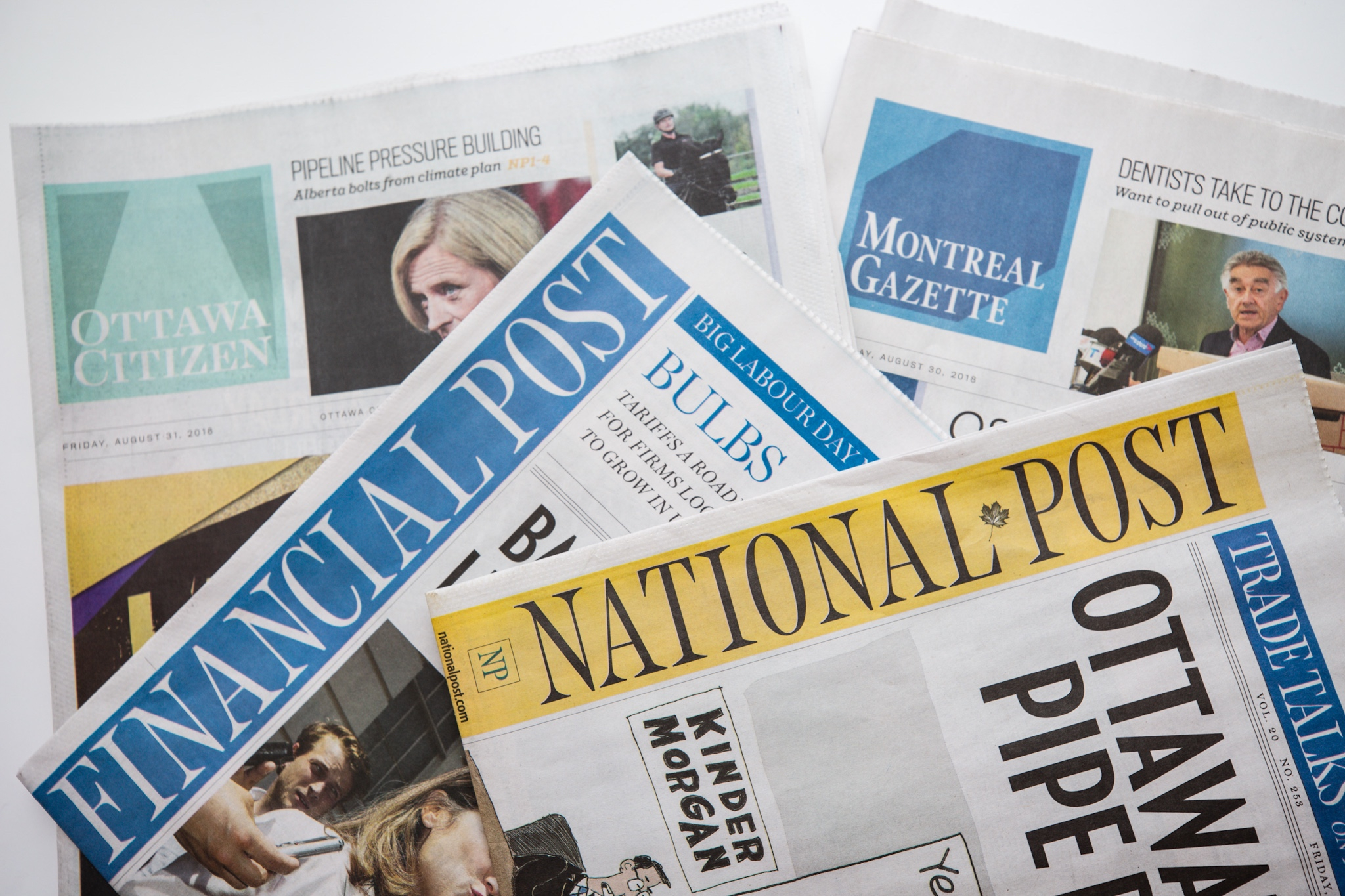 A selection of headlines and images cover the front pages of several Postmedia newspapers on Aug. 31, 2018. Photo by Alex Tétreault
Previous story
Next story

Five current employees and one former employee of Torstar will be forced to answer questions under oath in connection with an investigation into an alleged media conspiracy, the federal Competition Bureau said in a statement on Dec. 4.

The questioning is related to allegations that Torstar, the owner of the Toronto Star, colluded with Postmedia prior to closing a deal involving the transfer of 41 community and daily newspapers in eastern and southern Ontario.

The two companies announced that 36 of the 41 newspapers would be closed on Nov. 27, 2017, the same day they announced the deal.

The Competition Bureau said it has obtained an order from an Ontario Superior Court of Justice that will force the former and current employees to submit to questioning.

"The Bureau believes that these witnesses are likely to have information that is relevant to the Bureau's investigation," said the federal bureau in its statement. "There has been no conclusion of wrongdoing at this time and no charges have been laid."